Available for purchase on: itchi.io || BMT/Bitcoin || Our website: Altabe Studio!
(Steam pending! )
*Game guide available on our website
Our Kickstarter

Which memory is real, which is fake? Angel must sort out the implanted memories and true memories in her friends Lien and Kolei
in order to rescue them from the grasp of their controlling father Seon who wants to turn them into puppets to become pure weapons of mass destruction. Collect evidence and prove what memories are correct as you explore through memories of the past and the present day future! Uncover buried secrets! 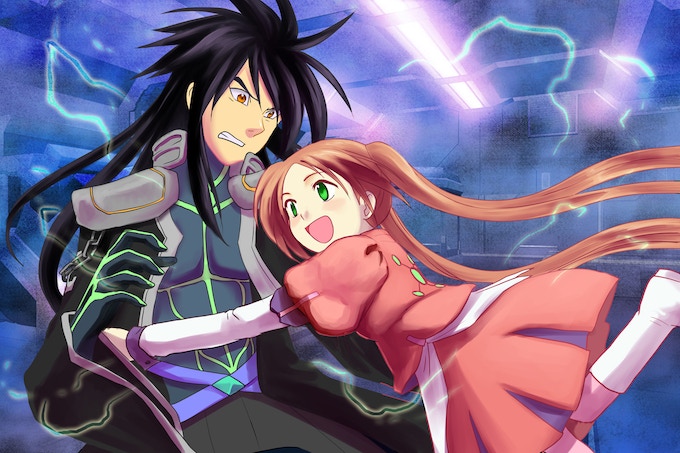 *Game elements:
-Sci-fi: Set in the future, featuring cyborgs, clones and mecha (giant robots) plus memory diving!
-Mystery: Investigate and collect evidence of true/false memories in past and present (the future), uncover the truth of the dark and twisted past of the Lei family.
-Romance: Choose between Lien and Kolei while pursuing Seon’s tangled web of mysteries
-Present your case with respective evidence to a character according to their beliefs and personalities.
-Discovered evidence can be arrange in a timeline to sort out what you will present. Different evidence affects story flow and your resulting ending, good and bad.
-Replay to uncover new info, alternate endings and interactions.
-Options to pair characters up or maintain friendship
-Love interests: 2
-Cutscene Count: 25+
-Ending Count: 13 (2 Best, 3 Good/Neutral, 8 Bad) You can download it off our site to play!!
-----
This visual novel game is an adaption our long-standing comic series E-Depth Angel
http://comics.mayshing.com/edepth/ that acts as a standalone as well as continuation of the franchise.
Newcomers and long time fans can play this game with ease without confusion due to its flexible gameplay and clearcut storyline.
Uncover the truth of your friends who need your help! Even romance them along the way!