Breacher Story - On PC and Mobile

Breacher Story - On PC and Mobile

Hi everyone! We are soon releasing Breacher Story on PC.

For as long as I can remember, I've been writing interactive fictions, first on BBS later for the mobile game Breacher Story (available on Google Play and App Store.

Breacher Story is an immersive interactive narrative where a hacker goes deep into the world of cyber-security, hacking and social engineering. The game is played via a series of text messages between the player and multiple other game characters.


STORY
After exchanging a few text messages with your best friend, you receive a text from an unknown individual claiming you tried to hack into his smartphone. Following a brief conversation, you are hired at his cyber-security firm. It doesn't take you long to understand his corporation is barely legal. Soon, you help spread viruses, scam people out of their money and talk victims into paying ransomware while your friend, fueled by the latest conspiracy theories, dives deeper into paranoia.

QUOTE
«Forget the days of lonely, friendless hackers working months on a new virus or a Trojan horse. Today, everyone is wasting their time on the internet and the Cracker, the Phreaker and the Code Cowboy have their own forums, communities and followers.» 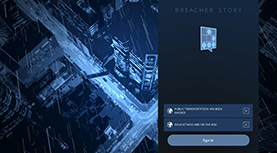 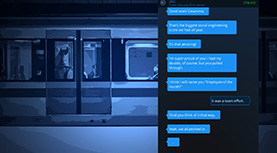 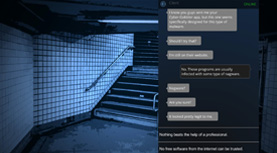 Re: Breacher Story - On PC and Mobile

Re: Breacher Story - On PC and Mobile