Finished games are posted here, once they've been tested and are ready for wide release.
Post Reply
2 posts • Page 1 of 1
Message
Author 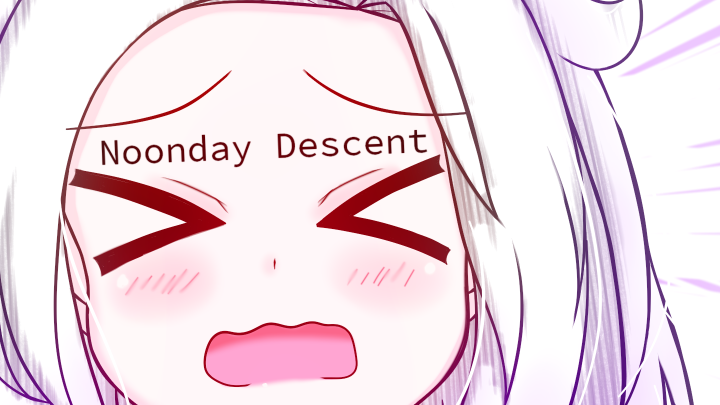 Noonday Descent: The Path of Listlessness and Torpor

A satiric epistolary visual novel about three Noonday Demons giving advice to a new member of their ministry. They work together to teach her the only thing they know: how to tempt humans and damn souls efficiently.

This experimental work explores issues centered around Christian theology, exploring a broad range of topics related to themes of temptation, negligence, and madness. It is filled to the brim with dark and cold-blooded humour accompanied with excessive amounts of irony and sarcasm. Despite its seemingly serious subject matter, it is lighthearted in nature, and intended to entertain the reader in an uncomfortable way. 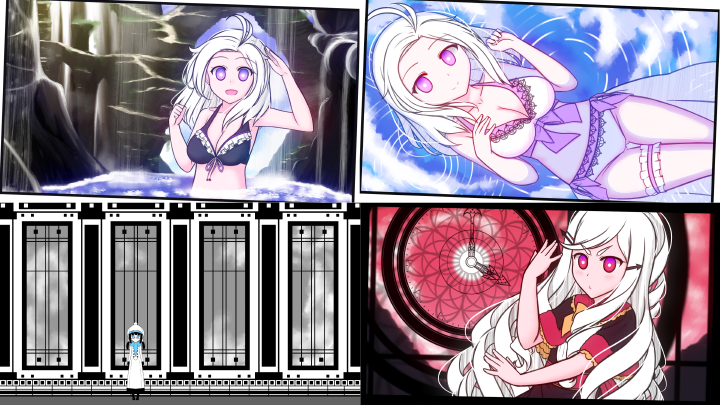 Original Mode (The mode this VN is meant to be approached)
A menu featuring a character and a number of nodes.
Each node will open a message corresponding to a character symbol.
Random message will open a random message. Supposedly.
Switch node changes the character screen.
One tester stayed on Fortunia's screen for upwards of an hour. Please do not imitate him.

Message Mode
A menu featuring all of the messages with titles and numbers.
Each node opens the messages for the corresponding character symbol.
Coded as replays, you cannot save or load in this mode.
Some messages have been omitted from this mode.

Kinetic Mode
A mode that plays all of the messages back-to-back in an arranged order.
For people who would rather not make any decisions and instead just read something.

Characters
The characters in this visual novel play specific roles and their messages center around general theme.

Astucia
Astucia's messages make the bulk of the visual novel. She has no idea what she's talking about most of the time, but does an excellent job at pretending she does. Has a business-like approach to souls, tenuously related to supply and demand. Most of the time she's just rambling though.

Fortunia
Despite having the fewest messages, Fortunia takes up nearly half the visual novel's word count. She covers the psychosomatic effects of spiritual neglect with a message format akin to research papers. Perpetually pouting.

Novostia
The supplementary character, Novostia's messages requires and provides vague context. Having a mostly apathetic personality, her messages are short and concise with little regard to clear communication.

Lyra
A fairly incompetent new recruit who asks a lot of questions. All messages are directed towards her.

Since the author vanished in the Serbian taiga late 2018, I have been tasked to take responsibility for this work.
If there are any bugs or concerns, you can PM me or send me a tweet at @novus_rue. Have a good one.
Top

-Page updated to be a little more appealing and informative.
-Fixed a number of grammatical and spelling errors since I edited the wrong script. Should be 99% clean now.
-Introduced FORMAT A and FORMAT B

The VN can now be downloaded in either FORMAT A or FORMAT B.

-FORMAT A has smaller text with significantly less pauses and waits. It is designed so that the reader can fill the page extremely quickly and read at a more comfortable pace. This is also the intended reading format, as the pages often self-contain information related to each other. Certain details and subtle humour is easier to catch in this format.

-FORMAT B has larger text with a pause and wait at every sentence. The text clearer, less straining on the eyes, easier to consume, and is intended for those who would rather read things more thoroughly. Some text has been edited to better fit the box, but overall nothing too drastic. Since some paragraphs are constrained into their own page, the smaller details and some odd jokes might be missed.

The saves should be able to work across both formats, so if you dislike one format you can always switch to the either. You may have to roll back once or twice so that it re-formats itself.