Available on Steam and Itch.io for $9.99

Akiyama Momoka is an ordinary girl who lives on a small, rabbit-filled island called Omorishima
with her parents and her bratty little sister, Mikan.
She works part-time as a maid at a small seaside café alongside the bombastic Saya and the dour Yukie,
but she has dreams far grander than that.
Momoka adores girly romance manga, and she wants nothing more than to become an artist herself,
and a writer of sweet love stories...

But how can she tell such a story when she's never been in love before?

Summer comes to Omorishima, and Momoka's hopes swell with it.
She knows, despite her sister's teasing, that there must be a prince out there for her.
She's determined to find him this year, and with his support write a wonderful romance story.

Then, on one sunny morning, while she's walking to work, Momoka meets a handsome boy on the beach.
She feels drawn to him at once, and she's certain he must be the one she has been waiting for...

But Momoka soon learns that his handsome boy is, in fact, a handsome girl.

The girl's name is Hattori Aoi, and though she lives in Tokyo, she will be living in Omorishima
for two weeks while her overworked father takes a much-needed vacation.

Aoi begins to work at the same café as Momoka, she lives in the same house, and as time wears on,
Momoka finds herself growing closer to Aoi than she ever imagined.
Aoi might be a girl, but she's even more princely than the love interests from Momoka's favorite romance stories. 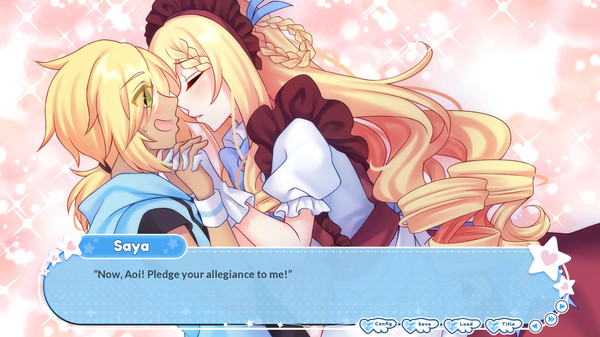 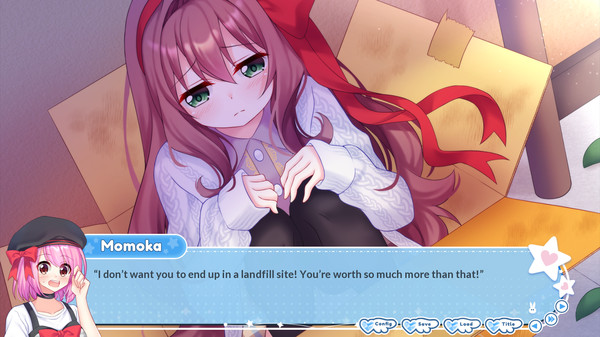 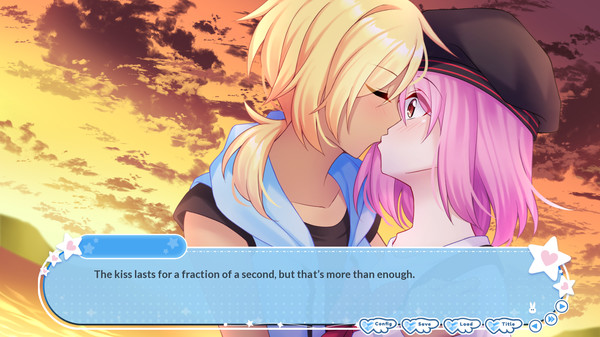 I have a lot of free & commercial VNs available on Steam and itchio.io if you want to check them out! ☆
Top

Re: My Dear Prince [GxG, comedy, slice of life]

Congrats on the release! Always nice to see more stuff from you as well as more GxG titles. The character art looks cute, as does the UI.
Top

Re: My Dear Prince [GxG, comedy, slice of life]

This game looks really good. I love princely girls. Might go ahead and buy it later this week after my paycheck comes in.
Top
Post Reply
3 posts • Page 1 of 1