This is a very difficult question you've posed here. I agree that games should be properly trigger-labeled, but I very highly value a story's ability to subvert expectations and be something you don't expect.
I don't know if Mammon is going to read this, but the first example that comes to mind is Pervert&Yandere. Going in, it seems like a sort of happy and goofy story, but there is a suicide that happens in the course of the story. I honestly don't remember if this is labelled (I think it was), but that plot point is something that is intended to be a surprise, a hidden element that is revealed for dramatic effect. Suicide is one of those things that is *always* warned about when it appears in a game, as it rightfully should be, but what's interesting about your question is that I don't know if "coercing/forcing/tricking the player to murder" is something that has to be warned about.
It's not something that most video game players are concerned with, especially outside VNs. If there's blood and gore it's labelled, sure, but what about a bloodless death? If I play as Master Chief and murder some grunts in cold blood, or stomp on some goombas as Mario, those have a labelled distinction but the similarities between them are not something most people care about. There are games where you slaughter droves of people, but for a lot of them I don't think about it unless they *make* it real and shove it in my face. In the grand scheme of game design, they're just obstacles to defeat or avoid, without the connotation of murder.

The game you're talking about, as I understand it, has you doing traditional sort of simulator stuff (breaking down robots) but then reveals that what you're doing is murder. I'm sure the reveal is a horrifying "I'm gonna puke" moment, but for the majority of gamers that's a good thing. It's a thrill that they've been tricked, oh god what have I done. By putting something like "Psychological Horror" in the tags, that totally spoils the point of the game for those people. Those people are the main audience, and a game developer can only really aim for their target audience and minimize damage to everyone else, because really, that audience is a *very* big majority. If the ending is a suicide then they'll usually put a trigger warning for that, but the suicide trigger warning is something that's very necessary for a big enough group of people that it's become convention to use it. There just aren't that many people that are horribly affected by Milgram style story elements. It's not worth it to warn some people about that stuff at the expense of people who want the experience of being shocked by it (the target audience; the majority of players).

A solution I've seen to this kind of stuff is the tag "Philosophical" or just "Psychological;" it's a game that makes you think. It may involve death and tough decisions and you'll think about it for weeks, but it's not necessarily horror. Some even have cryptic trigger warnings that work pretty effectively. "If you're not in the mood to have your perceptions of 'what it means to be human' attacked, turn back now." If it's affecting you that badly, I don't really know what solution can be done here. I don't think "you were the bad guy the whole time" needs a trigger warning, because it's the aim of the game for you to not see it coming. I'm not telling you to suck it up, that's really a worthless thing to say because you're not alone in this complaint, but I don't agree that this particular case should be tagged as such.
Current Project: Vora
Also Check Out: Devil Survivor [Reverse-Engineered]
Top

Thanks TellerFarsight. That is a thoughtful note.
Top

Tagging things properly is expected, it helps people find what they want to find, and not stumble upon things which they don't enjoy.
False advertising is worthy of condemnation and it's every instance must be annihilated.
If a game includes mature topics, it should be tagged as mature. If it is a tragedy don't call it a comedy or tag it with both. Etc.

It's a good practice to add tags for everything which one can reasonably expect will matter to the viewers.
Also, screw suspense when it only leaves you with irritation at wasted time. I got burned on this crap so many times nowadays I tend to check a summary of the whole plot and the ending, before I even start playing/watching, to avoid extreme levels of frustration involved, unless I already have a large degree of trust for the creator to not do something irritating. Has it ruined my enjoyment of good stories? Not in the slightest. Because a summary isn't a story and I'd rather read/play things which I know in advance I will enjoy, especially if I'm going to waste 10 or more hours of my life on it. I am almost never wrong about what I will or won't enjoy once I check a detailed summary and have a general idea how it ends.

Furthermore, if something has a plot which would frustrate and irritate me had I not known about it, knowing what to expect in advance can often mitigate that, and then I can watch it and even enjoy it, while I would deeply hate it if it caught me by surprise, after I already put hours of my time into it. Also, if I know what I will be reading and do it anyway then I can only blame myself, but if a creator deliberately misleads me, I can, and will, put all the blame on the creator, and act accordingly.

Unless one wants others to hate his work and him as a person, I suggest proper tags.

The only surprises I like in art is when I expect something to be shit and it turns out to be great instead.

If other people distribute an artist work without the artist's control and awareness, and with missing tags, then those who distribute it are to blame and should be annihilated.

A creator has full rights to mislead people, falsely advertise and deliberately piss people off with it, for the sake of art, but such a creator should expect being called out on it and getting loads of very negative responses. Ah, and false advertising a commercial product can be illegal in various cases. Also, one shouldn't be surprised about tons of hatemail, especially if the misleading products gets seen by a lot of people.

Also, for games which try to mislead me and then want to force me to do something which I don't want to do, like killing something which I don't want to kill, there were cases where I simply told the game to screw itself with it's "hard hitting" choices, turned it off, and simply stopped playing (and deleted it). You are never forced to do anything in a game. Although if a commercial game, which you paid for after being mislead by advertising, tries to force you to do something you don't want to do, it can be quite a dick move imho.
Top

I agree that more games need trigger warnings of some sort.

If it sounds weird to you, think of it as a veteran who got shot in the face, during the war, whose trauma caused from sheer physical pain essentially leaves our dumb monkey brains paranoid and terrified of all future pain, even imagined. Now imagine the sheer paranoia and the shakes that come from watching a tv show about cartoon rabbits, only to suddenly turn into a war movie with loud explosions and shit. 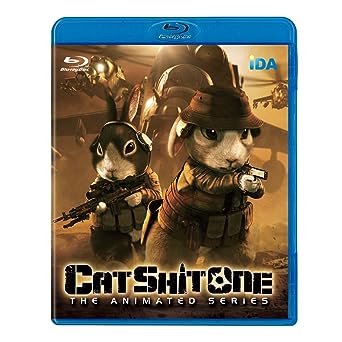 A trigger warning is actually very helpful to people suffering from mental issues, in that it allows them to remove themselves from a movie before their issues flare up. Like depression, where you REALLY don't want to fucking watch something that would imply suicide, like many movies with heroic sacrifices where killing yourself is an "heroic" thing. Common sense: Trigger Warnings are pragmatically helpful to those who need that help. Not an attempt to ruin anybody's fun.