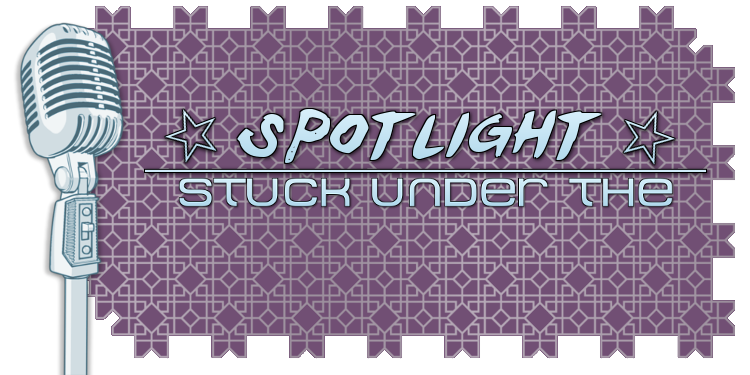 The Main Character (MC) is a young woman and is one of the lucky few who participated in a singing competition... and won. She gets primped and trained to take on the life of an idol and the fame, unfortunately, goes to her head quite easily. But one fateful concert, something terrible happens. Her performance is a complete failure and she is made into the media's laughing stock and their number one favorite idol to pick on afterwards. In order to fix her image, her company decide that she need to show the press that she's actively trying to be a better performer (and out of the kindness of her heart). She will meet five other important figures in her life who will teach her different values through different skill training (i.e. singing, dancing, acting, modeling, and connecting with her fans). The pressures of the industry weigh heavy on all of them in different ways and the MC learns how to think about others and more importantly, herself.
Oh and there's something not quite right going on in her life. Things keep going awry and, while she may think her company is failing her or she's attracts bad luck, she needs to find the source and stop it. (After playing all of the routes, I plan to have a bonus route where the player will play the MC discovering what's really happening around her.)

★| The Main Character: The MC is a young woman who comes from a very well off background (and divorced parents). The parents would have been very competitive towards each other since they are both in the same working field (lawyers) and would've pushed their only child, the MC, to adopt that same kind of behavior. They spoiled her in order to prove who was the better parent, rather than worry over raising her correctly. So she believes that she can truly do anything she puts her mind to, unlike the rest of people. Winning the singing competition and getting signed by her company only reaffirmed this personal philosophy. But once the tragedy happened at her concert, her pride has completely shattered. She refuses to meet with any press and would rather wallow in her apartment while reading various sites say negative things about her. Her company, then, pushes her to meet with well known professionals in order to help her get motivated again (and to prove that the news is merely bullying her).

★| The Fan Club Leader: This young man would have been the first to volunteer his services to the MC, seeing as he is an old, childhood friend of the MC. He was one of the first fans she had and attended the singing competition for every round and cheered her on. He helped rally others to root for her and soon, they had created a club. He believes that if she would step away from the negativity and meet with her fans more, she would find what she needs to feel better.
He's a very outgoing person who tries to joke and make everyone around him happy. Some see him as simple minded and would rather follow the MC for handouts rather than get a real job (which isn't true). But he has a good heart and hides many things beneath that smile of his, even from the MC.

★| The Rambunctious Choreographer: He's known to the whole company for having the best moves and is charge of choreographing for his own singing group a lot of the time. However, he has agreed to help out a fellow colleague and confesses to being a fan of her music. The MC is flattered at first but begins to disbelieve him as she gets to know him. He's quite loud and boisterous. He has no issue with speaking his mind and it feels like everything he says is the introduction to a pep talk of some kind. So... why does the MC see him meet up with his boyfriend and look so withdrawn? And is he serious when he says he'd rather run away with the MC or was he just joking like usual?

★| The Singing Prodigy: This is the MC's first choice mainly because he's such a big deal in the industry. He was a child star who made it big due to his vocal talent and has only increased in talent since. Not to mention that he's taken a keen interest in coaching her. But her excitement is quickly dismissed when she notices that he's a gigantic, unapologetic flirt. He flirts with any and every person he thinks is attractive and while that would usually be fine, it can sometimes get in the way of lessons. And from what the rumors around the company, the internet, and even from the women he sees, there's something else going on. Something darker than the MC could've imagined.

★| The Glacial Actor: This very popular, very kind-on-camera actor is the stuff of dreams, especially to any regular girl cast to play his leading lady. But the MC isn't regular. She's an amateur and he cannot stand how she landed such a large role in the same drama as him with her acting skills. Though he signed a contract to help her, he is now refusing since he doesn't have time to "babysit" her. He attempts to ice her out, which makes for an uncomfortable filming dynamic. He picks at every little thing she does wrong, pushes her away from him whenever he can, and generally just ices her out. It makes her question if the kind persona on camera is his act in real life or if he was acting cold to her for a specific reason.

★| The Androgynous Model: The model would have been the last to volunteer, mainly because she has a very full schedule as it is. But she agrees to do so, for personal reasons. Even though she's always tired and pushing herself to new extents, she remains calm and composed. And while her words are warm at times, the MC can tell she's deliberately keeping a distance between the two. And when the MC tries to push for at least a modicum of friendship, she sees what the true barrier is. The Model's mother is like a hawk that's constantly perched on the model's shoulder, overlooking the list of her life decisions. And the MC isn't allowed on that list.

★| The Nutritionist: A kind, young woman who is a daily visitor to the MC since she was hired to make sure she stayed healthy. She's in charge of counting the MC's caloric intake, weighing her, and altering her diet for any need. She tries to keep things professional, even when the MC lashes out at her for forcing the weight checkups. But it's clear that she's sensitive and takes it all to heart. But no matter how much she's pushed, she remains. And she's slowly finding her own voice. Will the MC snuff it out or help it grow?

The K-Pop/K-Drama industry and its very high demands of its stars at times. And a shout out to the Cheritz games as well.
Top

Is this your first project? It seems very ambitious. I hope you have fun making it.
All of my VNs are at http://wolflore.net NOTE: Downloads are now working.
Some are at http://www.the-new-lagoon.com. NSFW
Poorly done hand-drawn art is still poorly done art. Be a Poser (or better yet, use DAZ Studio 3D) - dare to be different.
Top

It technically is my first visual novel. But I have worked on other games. And this is still in its infancy since I'm practicing my drawing to get a little better, while I'm working on the script. It'll take me a long time but I'm having fun with it so far.