Yo! Name's Nix and I'm working on a weird little project called: 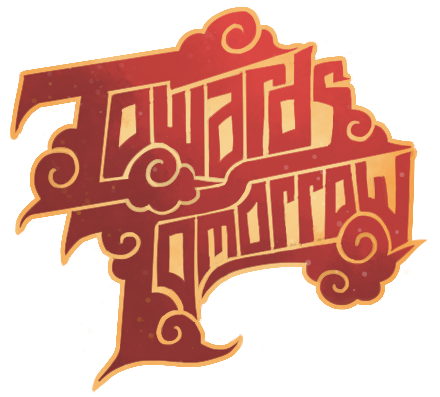 (if the image doesn't load/isn't working just pretend that the unloaded image is in fact a cool lil logo thing saying Towards Tomorrow...that's the title I'm working with for now. Was also considering "Regrettable Life Decisions" but this one fits a little more snug with the themes of the game.)

The Premise:
You play as [Protag], a 20-something year old part-timer who is really struggling to get past the realisation that he's the protagonist of some weird slice of life visual novel and that there's a strange entity known as [Player] controlling nearly every action, from how fast he speaks to where he goes to how he talks with his friends and family... Not to mention y'know, that entity being entirely capable of erasing his existence, his friends' existence, heck his entire universe's existence with just a few clicks...
But hey, enough of that existential angst, got more important things to focus on! Like how your best friend is struggling to propose to his girlfriend, how your boss needs some extra help running the noodle stand and of course how that little old lady just called you a hooligan and ranted at you for no reason whatsoever.

Eventually [Protag] makes it back home, manages to get a few moments to himself before heading to bed...only for an annoying message to pop up.

"Error: Not enough FP to progress"
"Day must restart"


You play as [Protag], a 20-something year old part-timer who is not only struggling with an existential crisis but also with the whole being stuck in a time loop with no idea of what the heck is going on thing.


The Characters and Cast (At least for now):

[Protag]: [Protag] is a character you name and you define through the choices you make. Just kidding, he's a 20-something year old who doesn't really start off in the best of places but grows due to the connections he makes with others, developing friendships with or without the help of the player.

Jude Dennis: Jude is [Protag]'s one true bro, the two having been inseparable since they were kids mostly because Jude followed after him like an oversized, mildly-intimidating puppy, but also because [Protag] managed to accidentally set half of his textbooks on fire spent the best part of a year sharing books with Jude.

Shizuka Munemoto: Jude's girlfriend and a driven young lady who'll take the world by storm, whether it's ready for her or not. She's at a weird place in her life, juggling her career, her passions and her dreams and never really having enough time in the day for even just two of them...especially with Jude around.

Zoe Labauve: Jude's only competition in the bro department, Zoe is a recent friend who's stormed the rankings what with tactics like free rounds at the local batting cages and vending machine hacks.

Rose Lambert: An up and coming athlete [Protag] vaguely remembers from his stint on the school's basketball team. Her life revolves around training to be the best like no one ever was, especially not like [Protag] was, not that he was the best or anything...

Kenneth Moyse: A clumsy geezer whose personality isn't so much laid-back as it is horizontal. The type of guy who constantly gets in trouble but pushes through it with a misunderstood fortune cookie quote.

Agatha Constance: An old lady who really doesn't appreciate your tone, ya lil' whippersnapper. Hits hard for a lady of her age to the point where she could probably take on an entire crime syndicate armed with that oversized giraffe-print purse of hers.

Madine 'Mads' Lapierre: You would think she's a little young to be a bully, but she's gotten pretty good at it, to the point where she's been suspended a few times and even had threats of expulsion should she continue her antics...

Iggy Lapierre: He's the type of guy most would describe as bad news. Constantly looking for a fight and known to pop up in the craziest of places challenging his target-of-the-week to street brawls for the fun of it.

Dillan McMartin: An intimidating man with one hell of a presence, he's said to run this town, the town over and probably a few other places. Unfortunately that makes dating pretty difficult, and maybe turning to a dating site wasn't the best idea he had...

Evaline 'Evie' Theriault: A young songstress with a voice better suited for a smoky speakeasy than the local pub. She dreams of satin and diamonds but unfortunately only really has the money for polyester and rhinestones


Just a heads up, I'll probably add a few more bits and pieces here, edit some stuff in and out (ranging from features to grammar mistakes.) so yeah!
I look forward to hearing what you think!
Top

Hey, that's a pretty nice setting, I like the idea of the Protagonist actually knowing he's at the mercy of the Player and (for what I infer) not caring that much as there is so much stuff happening around him. I keep imagining him talking back to the player when they make a choice the protagonist wouldn't like, it seems amusing. And the time loop thing. And the story and the characters seem funny and interesting, and the gameplay sounds promising. And it has a dog!

Definitely a game I would play!
Top

Nice logo and a cool idea. Can't wait to see what you do with the meta-concept.
Sketch Process | DeviantArt
Top

Thanks for the feedback

I'm glad to hear you guys like the concept!
Top

I'm really into the concept! The cast has a lot of personality. Kenneth and Agatha stand out to me as favorites because they seem colorful and funny, and I'm interested in the set up for the kinds of situations Dillan and Evie could get into.
Top
Post Reply
5 posts • Page 1 of 1