I hope you guys will play this when its done. Tell me what you think.


This game is being developed because my little cousin, who is 9, really like my incomplete demo about a different game I made. She asked me when I would finish it and I told her probably never. Anyway, about a month later she came to me with a lot of fan art. I told her thats cool, maybe you could be a concept artist. She asked what that was and I told her.

She then came back an hour later with a picture of three princess's. Thats when I knew... I fucked up.

She demanded I make a game for her since she worked so hard. The adorableness was off the charts so I told her "Alrighty I guess".

Anyway, her idea is that you can pick whatever princess you want and play as her. Whoever you pick has to make friends with the other girls. There are big bads in the world. One is a group of three boys who just do annoying things that are bad, and one is an actually bad guy who is a woman that wants to take over the world.

There is a ball, you need to beat up the boy you want to have him take you. Seriously, thats what she told me lol.

I am probably going to make this an RPG otome mix. Maybe a mix of zelda and harvest moon, So ruin factory? Idk.

Anyway, I got the main boy done and one of the girls


I designed all the boys for her because I was told that she loved the boys from my demo.

-The first boy is a cupid with an nasty since of humor and terrible views on romance. The second boy is a wizard who has a gross since of humor, think fart jokes. The third is a ghost. But more of a yokai. He is serious but not really.


I finished the cupid and the first princess profile pics. They turned out pretty good I guess. I still have to make their animated sprites. The sprites will be your basic final fantasy Pokemon pixel trash. 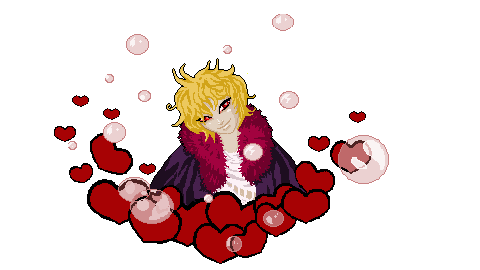 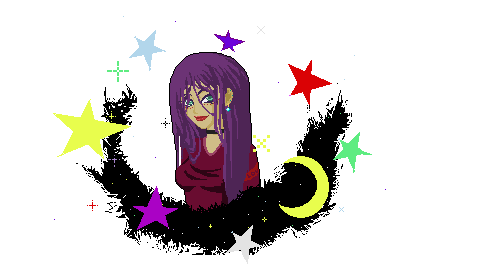 The game is going to be completely free and will probably be made on game maker or rpg maker if I cant fix renpy to my needs. {now that I got a list down its probably going to be made in rpg maker.}

You will be able to:

(I mostly quit my pixel arting and game making some time ago, that is, until someone asked for my help and got me back into it. All of you should play her game when it comes out. Its very interesting. )
Top

Here is some music. The piano needs a lot of work, Ill have to remake the songs in my studio. A boss theme and Haunted Castle are probably on lock. I think I actually like this little girls game idea. I hope when Its finished a lot of others like it to.

My musicality is reservedly slaking but this kind of sound should work I guess. I might keep the piano quality low because I like the sound of the fish tank. idk, tell me what you think?


Once the demo is done I might ask for help on this game. Because Its getting kind of daunting but I really want to see it done eventually. Also I might need writers and programmers. Because writing for one girl is tough enough, but three? kdsfjlkasdjfkl;sajl;kfjslkafj so yea. Sigh... back to the rpg maker tutorials for me T_T. KIll me now.
Top

I got some concepts for the actual villains in the game. They are old concepts but I never used them so they should work.

The main boss of the game is a club owner named Aria. She has a good personality and if it wasn't for her desire to take over the world she would be someone girls could look up to. Her assistant Theo is one of the boss's in the game. He is an excellent singer. 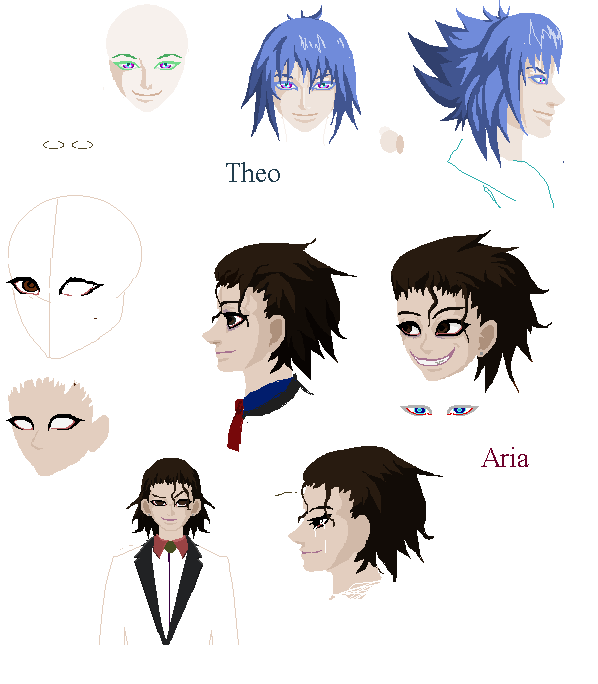 So, I have been a fan of harvest moons since the nes. SO even if its getting a bit over done ima make my own iteration of the farming genre. Anyway, I guess, the nintendy style is strong here. Whoops. Whatever. lol. Here is how crops are going to look I guess.

The growth process of a carrot.

Sprites are going to look like this. I was going to keep them simple after all. Also, there is more than the 6 characters and im show here. there will be at least 7 more villagers and 3 more bachelors that are normal and not freaky monsters. Also bachelorettes that I need to seriously think about. I guess Aria swings both ways. I dont know. But she is defiantly a bachelorette. Very much a defiant one.

The wizard. HE needs way more work I guess. 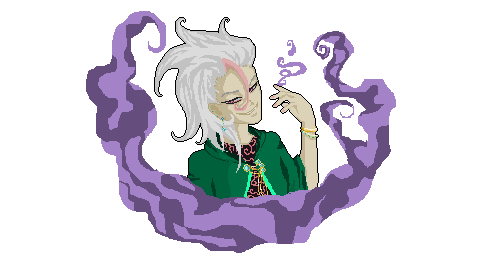 Male protagonists are just the princess's gender-bent. If anyone has anyone questions or suggestions pls let me know. I love to answer things.
Top

So. Im probably not going to post about this anymore here because:

If I had the programming skill I would have used the renpy. But nope. Anyway, do not expect anymore updates. Seeya later alligators.
Top
Post Reply
5 posts • Page 1 of 1