A place for game announcements, and for people to discuss games being made.
Forum rules
Please read the sticky before creating a new topic. Linking to Kickstarter/Crowdfunded games requires a demo. Updates to Patreon-backed games may be posted once every 2 months. Adult content should not be posted in this forum.
Post Reply
149 posts
Message
Author

Nice to meet you everyone well here are some of the information about the game : 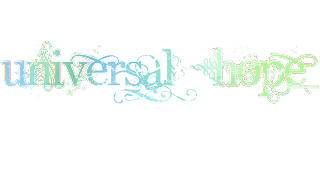 What is the Story About ?:

5 great beautiful warriors of the distant past have been resurrected as normal human beings. The world has been at peace after their great battle 2 000 years ago , but there is a prophecy that a new enemy will arise and cause great destruction to the world. There is still hope , in the legend it says there that only the Warriors of Life can stop them.

"But how? They are dead for thousands of years. How can they save the world?"

No one knows that they are still alive living among them. Though even 'they' do not remember about their past nor their powers. So the Queen of Life sent her most trusted adviser , Phi , to search for he Warriors of Life and her long lost daughter , The Princess of Life, that had been taken by one angry god.

Can Phi succeed in her mission or will her journey lead to destruction?

You play as the protagonist , Phi (which I plan to make as a random name) in a mission to find the WArriors of Life and the Life Princess. Will her journey be a success or will her journey fail? It is all up to you to decide her fate.
Features:
Genre:otome,school-life,fantasy,fictional,GxB,mythological
Rating12 and above
EndingsMany! Cannot count !
ContentsHas some RPG elements, inventory box, different twisting paths...,Music Room,Ending Gallery,CG Gallery,BG gallery, Sprite Info Gallery,800x600 Resolution(I think)

Phi Takanishi(you)<it would be default> age:16
persona:Nice,cheerful,lazy,responsible
Info : the Queen of Life's adviser she has been working fr the queen for over 3 years now.She is also the daughter of the queen of the Gods. Before she became the Queens adviser she was a champion in swords, a good leader and very loyal.

Age:13
Birthday: March 10
Nickname: Luz
Info: She is the student council president in their school . She doesn’t have any memory about her past ( as in this time’s past like her family...........).She lives in the school ever since she was 5 years old. She always hears a voice in her dream telling her that she is her daughter and she has a duty to save the world. She is quite cheerful and active in class. She is very intelligent . She has an incredible strength and speed even though she has a slim body.She hates expensive stuff.
“ Who is the one ,whispering in her dream ,calling her ‘daughter? Is she real ? What kind of creature is she ? Can this questions be answered ?”
Interest: Mysteries , beautiful stuff ,playing sports , novels ,literature, anime games, castles,fairytales ,and friendship. Age: 14
Birthday:May 2
Nickname:Vi
Info: She is a shy type of person. She comes from the ‘aristocrats’ that donate funds to their school. Even though she is rich she hates riding in a car , having a bodyguard with her , bringing expensive stuffs around her. Her parents doesn’t give her attention.She is the best friend of Lucy.Due to her miserable family she acts as a rebel ,though to her friends she is a kind-hearted ,cheerful person.
“Will her sorrows be healed by the person she calls ‘friends’?Or will her sorrows lead in the world’s destruction?”
Interests: Drawing ,Dogs, Love games,cute stuff,street food.

Dorithy Lauresta:
Age: 12 ½
Nickname: Mina- because this is her middle name.
Birthday: June 17
Info:She is quite boastful and really active. She is quite talkative and cannot stop her mouth from jabbering.She is a little bit crazy with boys. She is one of the student council representatives. Her family lived in North America and made her study in Japan to make her focus more on her studies because according to them she is a great burden.
“ Why is she a burden? Is she that hard to be with? Can she change?”
Interests: Tennis, Cooking, staying at home,nature,animals and ice cream.

Eliza Falqueza:
Age:13
Nickname:Elli,Liza
Birthday:March 25
Info: Her family is very poor ,she can only study in that exclusive school because she is a scholar . Her mom s ill and her father is a gambler .Her siblings were given to her aunt to be taken care of while she suffers with her parents
“Why did she had a family like this? Why are her siblings with her aunt ,while she is with them?Will she be tempted to do something she will regret?”
Interests: simple things, studies,and friends.

Love Interests :
Luther Romanov:
Age:16
Nickname:Luke
Birthday:December 18
Info: He is a member of the varsity team . He is charming and cute. He has a lot of fangirls. Very talkative but intelligent.He is an aristocrat but his family is gone ,only he and his sister is alive . He is very kind to all the girls ,well except for Lucy and Phi .
“What is the reason for their family’s death? Why are they still rich even though they have no one ? Why is he mean to Lucy and Phi ?”

Nicholas Humphrey:
Age:17
Nickname:Nick
Birthday:May 9
Info:He is very nice and responsible.He is humble .He loves to cook.He is a good swimmer.Even though he is nice he is hiding a deep secret inside.He is the ex-boyfriend of Venus.
“What is the secret that he is hiding?Can this lead to danger?Who is he ?”
Interest: Cooking, Being quiet,and listening to nature.

Oscar Penafiel:
Age:17
Birthday: October 16
Info:He is the elder brother of Venus. He is 17 years old but he is now in the star section of 4th year . He has an IQ of 198.He is a playboy .
“Can his charm work on Phi ? Why is he acting like a playboy?”
Interest:Cute girls, books , library and Math

Jonathan Ordonez:
Age:17
Nickname: John
Birthday:August 4
Info: He is the basketball varsity team captain. He knows how to play all kinds of sports. Though they say that if someone defeats him in a game they have an accident the next day.
“Why does those accidents happen? Where is it connected? Can Phi solve it?”
Interests: Sports, and court/field.

Therens Death:
Age:17
Nickname:Terri
Birthday:???
Info: He is like Phi but he is the prince of death.He loves playing music.He is very bossy but he is sweet if he wants to.
“Who is the god of Death?Is he an enemy, a friend, an ally ,etc.?”
Interests:Music ,Instruments, Sparring, Courtyard,and Burger


Gods and Others:
God of Death :
Age:XXXXX
Nickname: Hades
Birthday: Winter Equinox (according to legend)
Info:He is the father of Therens. He is the God who rules the underworld. He hates the Warriors of Life and the whole world. He doesn’t care to anyone besides himself. He wants to rule the world.
“Why does he hate everyone so much ? Can this be healed?”

Queen of Life:
Age:XXXX
Nickname: Mami (The Mother of Sorcery is named after her )
Birthday: During the Life festival
Info: She rules the Sacred Land of Life. She is the mother of the Princess of Life. She is the one who gives Life to the created creatures of the God of Creation (her husband)
*We have many more characters though they don’t need any info because they will be just for a one time scene (I meant they will only be seen once or twice in the VN)


If you want to ask some questions and comments please do

Re: The Universal Hope ~my new project desu~

Re: The Universal Hope ~my new project desu~

I'm just a bit confused on the story line - so does most of the story take place in the school?
My DeviantArt

It will be in different places but mostly in school and in battle (it's RPG )
It maybe a little confusing at first but (in the territory of the Gods there are also schools where the Gods let their children study to be physically,intellectually ,spiritually and emotionally stronger.)
Last edited by michi 18 on Wed Oct 10, 2012 8:01 am, edited 1 time in total.
Projects: (I hope you'll support them ) Wisdom Revivalhttp://lemmasoft.renai.us/forums/viewto ... 16&t=16488 and Universal Hope (Uni-H)http://lemmasoft.renai.us/forums/viewto ... 43&t=16452.
Top

Wow! There is RPG element too!? Cool!!

You give away a spoiler, main partner suposse to be a secret>.<

Why I like Thenes? Because he is the prince of death, sounds like a bad boy to me

wow,looks awesome.so i'll be checking upon this thread for updates.one thing i noticed about phi's sprite though is that her arms from the elbow and down and her boots are bigger than normal.they look huge compared to her head size.i feel bad trying to correct someone's art,but i'm too much of a neat-freak T_T.but overall,i like the story plot and characters (and Thenes,definetely the first guy i'm going after ^^) good luck!!!
Top

Thank you for that and also dont worry about the art . Id have the artist edit that in time. We're planning on working on it big time during the semestral break.
Projects: (I hope you'll support them ) Wisdom Revivalhttp://lemmasoft.renai.us/forums/viewto ... 16&t=16488 and Universal Hope (Uni-H)http://lemmasoft.renai.us/forums/viewto ... 43&t=16452.
Top

Just some notes everyone and additional info :

-In this game the men who holds incredible amount of power are called Gods.

-Their wives/goddesses/woman with incredible powers are called Queens.

-And their sons/daughters are called prince/ princesses.

-Though , there is a required age for this to happen. In order for a prince or princess to inherit and replace their parent's throne they must be in the age of 16. If not that God or Queen can choose someone temporary to hold their throne until their child is in the right age.

-A God and Queen can only be allowed to be engaged and married if the Gods all agree of their love. If not their is another rule to follow instead of that..And that is for both of them to offer their Godly powers and be normal human beings with no memory of their past. Or maybe show how strong their love for each other is .

-They are only allowed to have 2 children=1 boy and girl. To have equality in the ranks of the Gods;

-They can change their aging forms.. They may look like adults or children ,depending on how they want to look like. Though, most prefer to look in their teenage or adult form.

-Even if they are immortal , they can still die in some premises or situations.

Hello~ Michi-san, I just saw this and the sprites are good~! I guess you're aiming for realistic style, huh? I read the facts and wow, it's surprising. I like Phi~~ XXD Hmm, Oscar looks cute~~ Haha, I like cute boys so yeah...
'I would like to become the dark,
So that I may hide away and make everyone else shine.'


'You lose yourself trying to hold onto someone who doesn't care about losing you.'
I'm afraid that I'll be a book that no one reads,
Music that no one listens to anymore,
I'm afraid I'll be abandoned like a movie playing in an empty theater
Top

I just wrote some things that comes to my mind so the facts are pretty weird..
Thank you Luminar! Guys, I want you to meet Luminar, one of the Universal Hope:Hidden Sorrows's Writers =)
Oh and she is also writing (the secret lovy dovy character's path)
Projects: (I hope you'll support them ) Wisdom Revivalhttp://lemmasoft.renai.us/forums/viewto ... 16&t=16488 and Universal Hope (Uni-H)http://lemmasoft.renai.us/forums/viewto ... 43&t=16452.
Top
Post Reply
149 posts