A place for game announcements, and for people to discuss games being made.
Forum rules
Please read the sticky before creating a new topic. Linking to Kickstarter/Crowdfunded games requires a demo. Updates to Patreon-backed games may be posted once every 2 months. Adult content should not be posted in this forum.
Post Reply
78 posts
Message
Author

First off, I hope that all of you out there are staying safe and well right now! Despite this being such an unusual time I am doing my best to stay healthy through all of it. It's been hard, because my health has taken a small dip, but I remain hopeful for the future for all of us.
Heart Fragment's development has been coming along well! There's been a LOT of stuff going on. The first post in this thread has been updated to reflect some of the new changes & progress.

The prologue has been further expanded with more dialogue choices & CGs. An update on the demo with this new content will be released late April or early May along with the updated GUI. Updated GUI will contain a text log, a feature to check the protagonist's social media feed for bonus CGs and dialogue, character bios, a music box, and more.
All characters now have voice actors cast which you'll also get to hear in the update!

Progress on the social media CGs is coming along well, but one of our artists has been unable to send updates due to heavy quarantine in her area preventing anyone from coming to fix her internet/data connection. I'm wishing the best for her and hope to hear from her soon so that I know she's safe & sound! 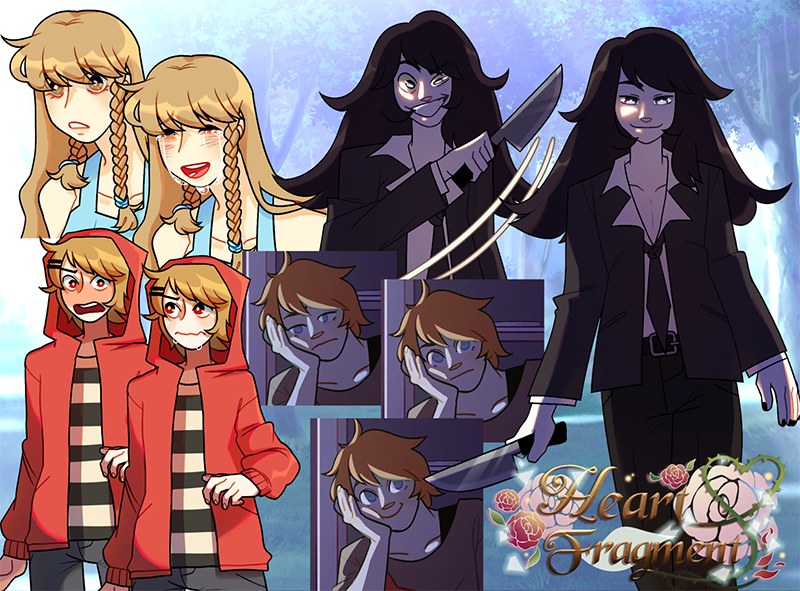 Strawberristorm's social media CGs (shown above) add a really fun style for all that nice bonus content, don't you think!? Psst: here’s a secret for you. When you're notified in-game that the protagonist has a social media notification, check it before the notification goes away to make sure you don't miss it. Checking it for every notification during a route will unlock a bonus scene at the end!

There's now a couple of mini-games coded into the game as well. 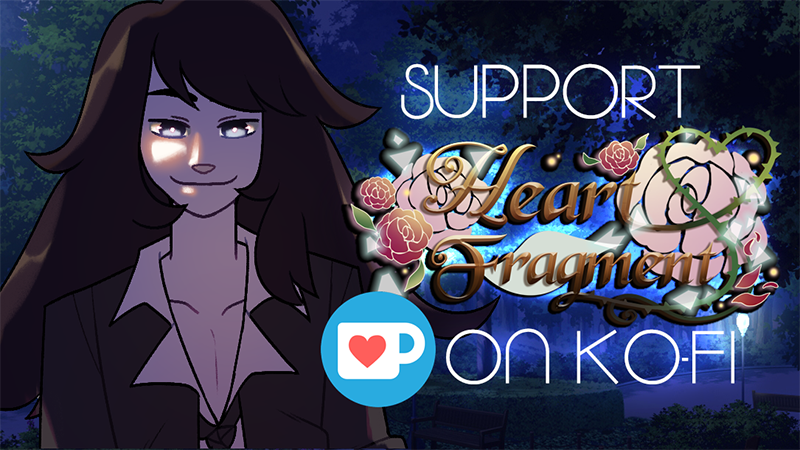 As this has been a very difficult time, I understand that supporting a game financially can be very hard right now. If you do have the ability to support us on Ko-fi, though, we'd be very appreciative!

There's already over 100 choices to make in game, but for every 'coffee' we receive (the equivalent of $3) we'll put in another dialogue choice to help you further customize your Heart Fragment experience. There are no meaningless choices! Everything has some sort of impact!
Contributing 3 or more 'coffees' will also get you a copy of the game when it is released, so if you want an extra copy to give to a friend or you didn't back us on Kickstarter, now's your chance to grab that.

For every 30 'coffees' we get, there'll also be another CG added!
Follow us on twitter to vote for which character you want to see featured in these CGs!
Work in progress:

Hello again everyone! I hope you've all been well. Sorry it has been a while since my last update here on the forums! If you want to see more frequent updates following us on twitter @heartfragmentvn is your best bet. But, that aside, here's how things are coming along over here!

Yes, the GUI update is finally here! When the new update to the prologue is posted towards the end of May, you'll get to see all of these awesome screens in action. The amazing RE:Alice did a beautiful job on our GUI and I couldn't be happier with the results.

When the updated demo is posted (very soon!) you'll get to see the GUI in action. This includes the social media feature for extra CGs and content! 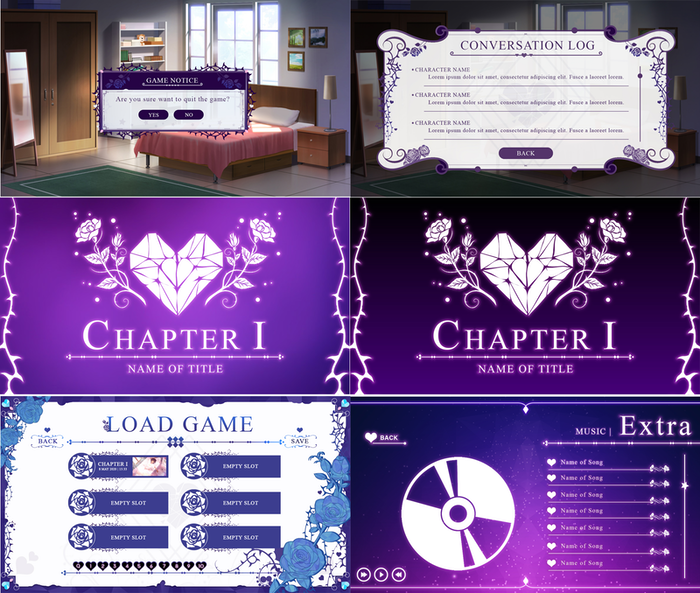 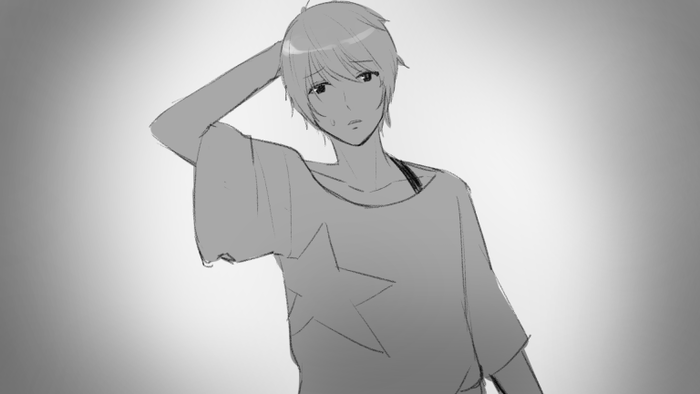 The CGs for the demo are finished, and Kay's CGs are halfway done.
Unfortunately, momoriin's mother is ill which is why I was unable to contact her for some time. Her load is lightened now, though, with @mintstea doing her portions of the CGs.
Jasper's social media CGs are 100% completed and Shannon's are currently are in the works! Kay will be up next for this section so that beta testing for his route can begin. 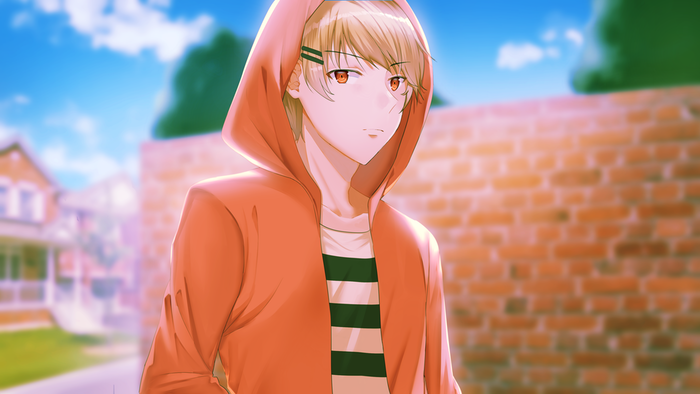 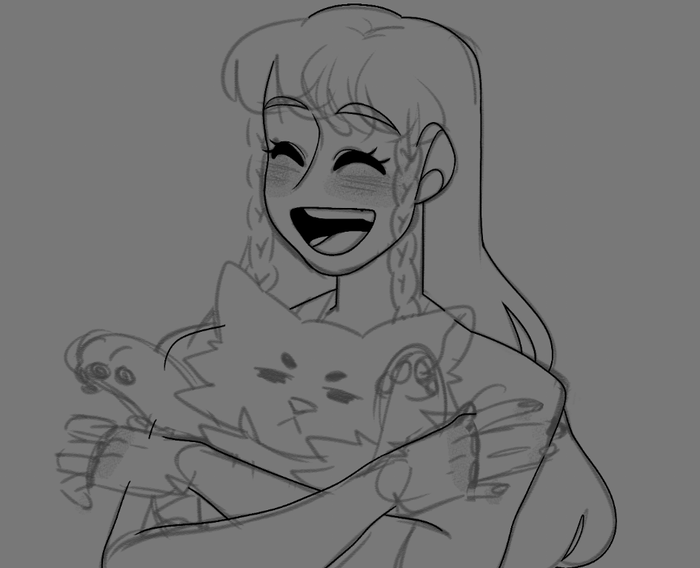 Now at 70,000 words written, Heart Fragment has plenty of content already. There's still quite a ways to go before our release - which is still planned for December 2020 - though! At this rate I now estimate the full game will be approximately 350,000 to 400,000 words in total when it's finished.