Jhack, the Spirits Master [Fantasy|Comedy|Quest in the Hell]

Jhack, the Spirits Master [Fantasy|Comedy|Quest in the Hell]

It's a funny short novella with mini-games, nonlinear passing, quest elements and some special features which I want to tell you about. 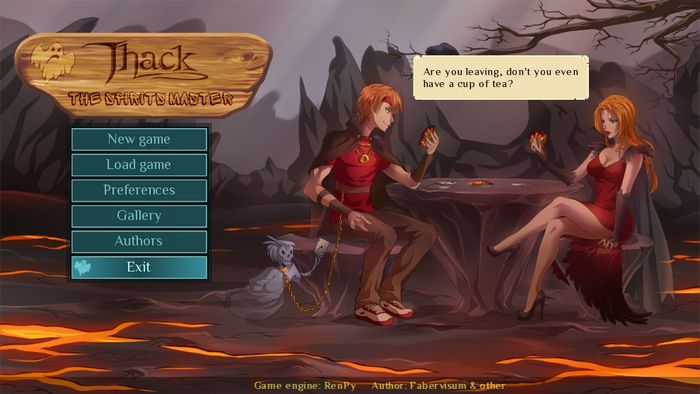 This game is a humorous parody to many fantasy cliches, it represents an ironic view on the concept of the biblical Hell and the Horsemen of the Apocalypse, as well. Here Death can run into depression, because «all turns to dust», Lucifer put on a red suit and a white beard on the New Year's Eve; elves and orcs argue themselves hoarse about who has evolved into whom...

Visually the game is made in the cartoon style. You are awaited by more than 20 picturesque locations, 15 funny characters, a lot of animations and special effects. There is even a story presented as an animated comics!

A card trickster and a market fortuneteller's son named Jhack fools simpletons, pretending to be a medium. Once he is invited in the palace to the audience with the Emperor to render some «special services».
It turns out that the Emperor had sold his soul to the Devil long time ago and now the day of reckoning came. So, as Jhack calls himself the Lord of Souls he is an ideal candidate to replace the Emperor for eternal tortures in the Hell. 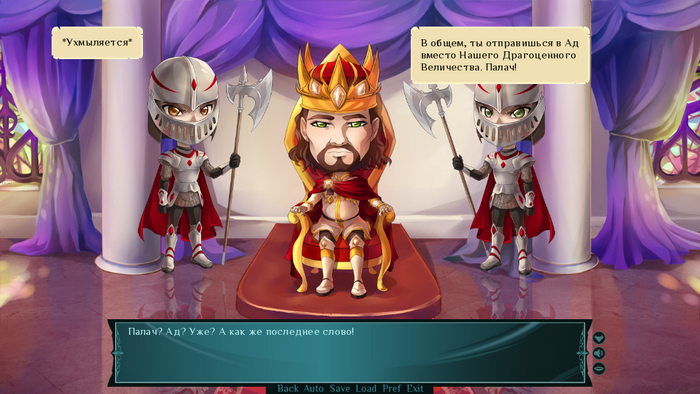 Thus, Jhack's soul goes to Lucifer himself, he charges the medium to rein the Horsemen of the Apocalypse, who are the reason of delaying the essential event in the world history – The End of The World!
What kind of the Apocalypse can happen, if Famine is dieting, War fell in love and is preparing to the tournament to win the heart of his Lady, Pestilence got sick, and Death is in depression? They are not the Horsemen, but a complete mess... Current Status
The game is fully completed and tested on alive people. They survived and are glad and ask for more.
Now we are working on:
- Translation into English (original language is Russian);
- Music for the game;
- Sound design;
- Achievements.

Oooo--! I look forward to when the game is translated into English!

I'm super partial to anything fantasy, and satires or when cliches are played with are always a lot of fun. The visuals are stunning and all the chibis are actually quite charming in an adorable kind of way. Here's hoping things go well and nothing gets lost in translation.

The game is based on a classical visual novella with nonlinear plot and several finales. However, it is also a real adventure with tasks journal (there are 11 tasks in the game), the inventory for collected objects. ...and 4 different mini-games!
Fishing with Death; 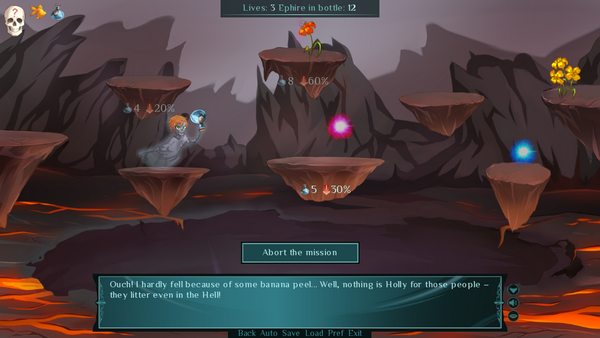 Text quest, where you'll have to visit orcs' feast 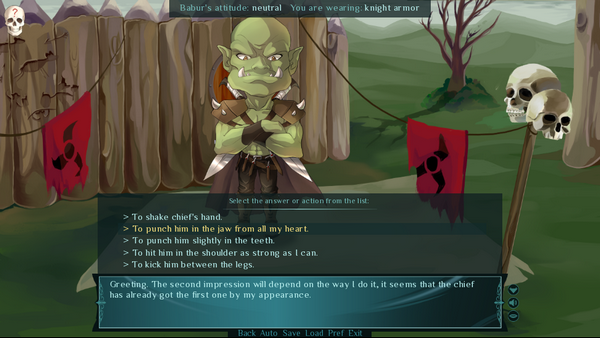 ...and classical Search of objects;

Also there is an unusual presentation of the dialogues: characters' words are shown in popups near them. Thanks to that feature, gamers can communicate simultaneously three characters, interrupting each other, arguing or commenting. 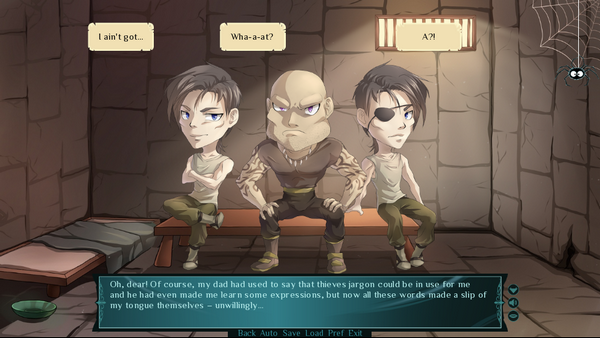 This is really fascinating! I look forward to seeing what you do with the simultaneous dialogue thing. The art looks really good too.

Is the Journey on Flying Isles a platform-jumping minigame?
Top

aleax wrote:This is really fascinating! I look forward to seeing what you do with the simultaneous dialogue thing.

You can see a video where it is demonstrated. Also, there is visible lipsink animation.

Nearly. Here's how it looks

You will meet as classical fantasy characters: Emperor, a gang of robbers, royal guards, orcs and others, as inhabitants of the Hell: four Horsemen of the Apocalypse and Lucifer himself!

Having known characters better, you'll open their detailed and funny description in a special Gallery.