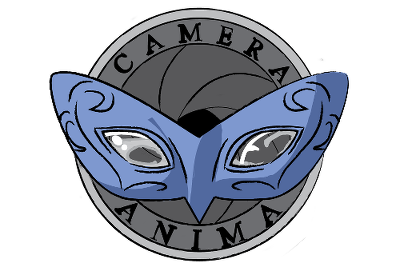 Camera Anima is a point-and-click visual novel game about twin sisters, a series of serial killings stretching across decades, and an automaton who takes the souls of those who meet its face.

On the Floating Isles of Awyr, citizens live in a society where their livelihoods and social status are defined by the masks or “Faces” they wear. Though attitudes are slowly changing towards the Face-system, there are rumors that those who wander the streets at night without a Face become prey to the Artisan, doomed to turn up as a stylistically arranged corpse.

You take control of Essie Flaversham, whose twin sister is taken by the Artisan. Pursue the Artisan, unravel the history behind them, and recover your loved one before it's too late. 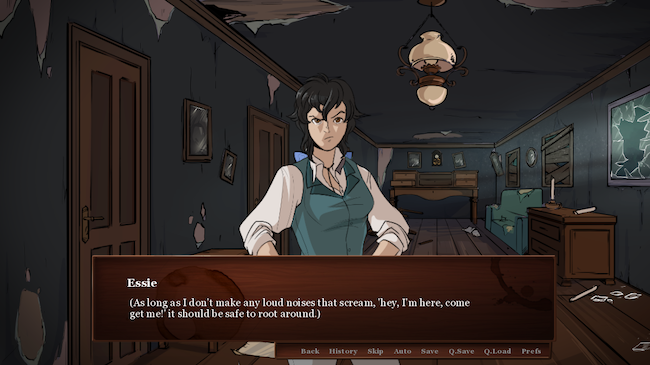 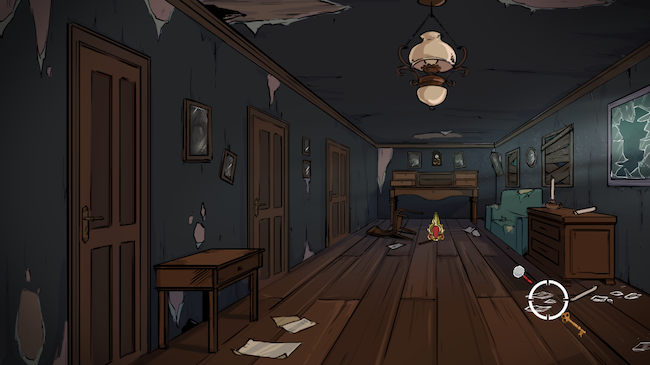 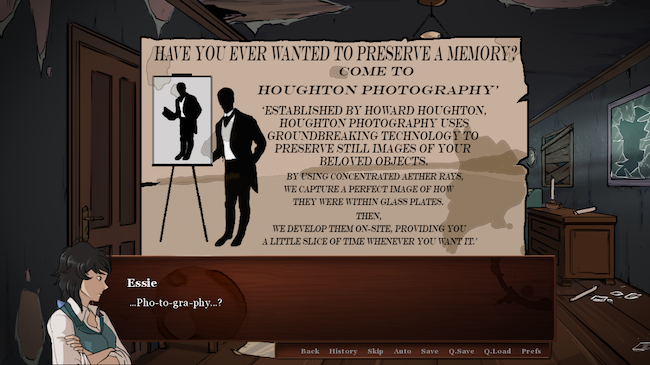 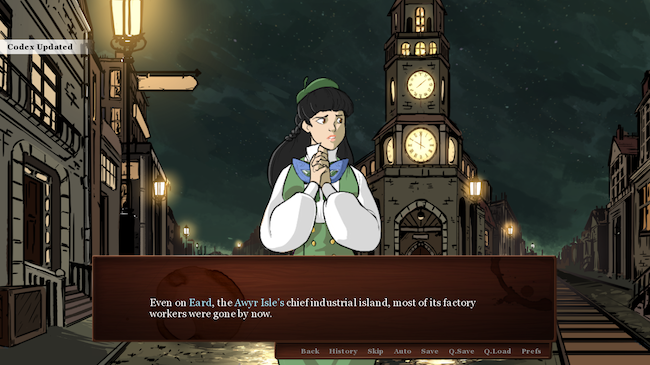 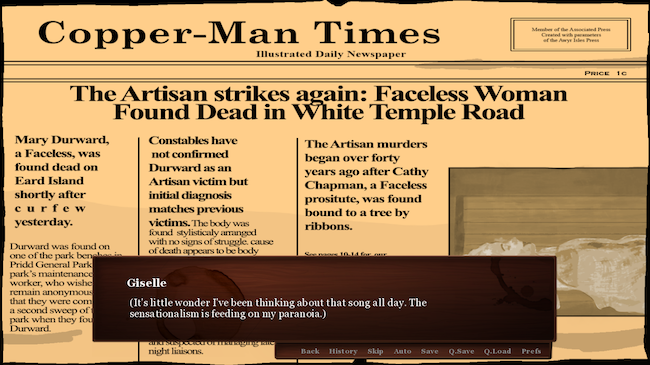 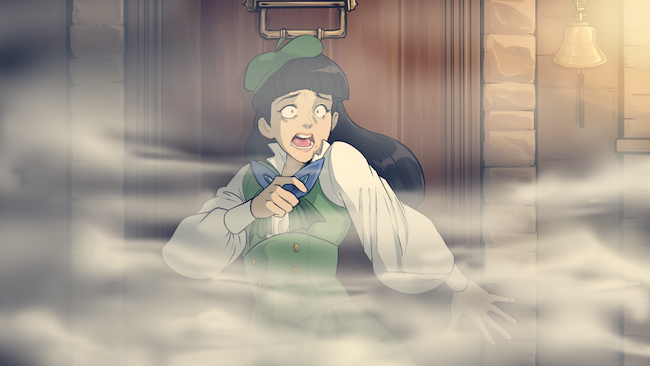 Special thanks to csettdesigns for the logo, Laila Aslund for cover art, and KotoriWorksfor trailer.

First in a mini-series of gameplay tests up here, with guest appearance of the Artisan: https://www.youtube.com/watch?v=rMWCvymrcqI

The first one is one we're very likely to use in-game, but not strictly for dialogue choices. As a teaser, one of my favorite ideas behind using the first one is you can technically use it like how Until Dawn uses the 'wait' QTE feature

This looks intriguing! Keep up the good work.

We have been chipping away at things but most of our updates have been on https://camera-anima.tumblr.com and my personal devblog. I'm reminded I need to update this thread more often, though it's mostly been a struggle to decide what to post here or not.
W.I.P.

Sorry for the inactivity! We've got some really fun updates coming very soon, as soon as we work something out with someone. Until then, we hope everyone will have a great Halloween! Spooks and all! Though it’s been a few months since our last update, we’ve been sitting on some exciting news that we’ve decided to finally share for the upcoming year

First, the big one. We’re happy to announce that the Triple S League. will be doing a Let’s Play of the Camera Anima demo! The demo is based on the one shown at GDX2016, but has important updates that we’re looking forward to sharing, along with TSL’s feedback.

With that in mind, there will be an updated demo released soon. We recently ported over to Ren’Py 6.99 and have done multiple updates to fit with the new format. Among the updates will include three big things: Second, an update on general progression so far for the first “act” of the game (newest bolded, updated to OP):

Second act is also currently in the brainstorming and outlining stages so look forward to breakdowns of that in future updates!

Third, we now have a mailing list! Most updates will be posted here or on our social medias but this will be an option for those who prefer only important updates.

Hope the rest of the year treats you all well! Happy holidays ^^~
W.I.P.

After months of waiting, we can finally share Camera Anima Demo 2.1 with you all, as played by Ash from the fantastic Triple S League!

As we mentioned in our previous update, we outlined the updates with demo 2.1, the biggest being the inclusion of an interaction wheel to replace the hover cursor. Even if you’ve played the previous demo, feel free to play 2.1 to see how we intend to move forward gameplay wise!

We’ve recently been playing around with changing how players interact with the menu during exploration mode! While the original button toggle worked, it was a bit clunky, so here’s a video showing off two possible alternatives.

It’s still a work in progress so we're looking for opinions. Feel free to let us know which of the three approaches you think works best or even your favorite menu style ^^.

Also, we've added some feedback questions to the top post, which includes:

I'll get back to you after I play it

I'll get back to you after I play it

Awww thank you! Hope you enjoy ^^

If you have any feedback after, we'd definitely love to hear it
W.I.P.

It's been a while since we checked in here but we have an exciting update to share! We're happy to announce that Camera Anima now has an original song, composed by evocurio!

The track is the Artisan’s theme, which serves as the main theme of the game. We worked with evocurio to help capture the mysterious, industrial elegance of the Artisan and are very happy with how it turned out. Hopefully, this will lead to more original music used in the game in the future.
W.I.P. We’re ready to share something we’ve been wanting to show for a while: we have a cover image for Camera Anima!

This is a commission done by omglaila @ http://omglaila.tumblr.com, who also did backgrounds for us. We really love how the girls came out in her style and how well the cover concept was framed, so if you like what you see here please check out her blog.

We are also currently doing some renovations to our aesthetic style, which we hope to share with you soon, among other things!
W.I.P.

Oh, great, I enjoyed a lot your first demo, and the new one looks cool!

But please, post it on itchio when you can; it's better than a dropbox folder.
Do you like BL games? Then join Ertal Games' Discord!
https://discord.gg/ZUFsg9v
Top

Thank you! I'm glad you enjoyed it.

And that's a good point about Itchio. I've never used Itchio to host game stuff before so it's slipped my mind. I'll have to run it by other group people and see if we make jump to that!
W.I.P.

Been a while since I posted here but, for this December, we're doing a series of lore posts about the world of Camera Anima. About once a week, we’ll post info on various topics, including setting, characters, and culture (and, if anyone has any requests, we'll try to cover it, minus any heavy spoilers

Our first can be read below:

A Brief History of the Awyr Isles

Otherwise known as the Sky Islands, the Awyr Isles is made up of naturally floating land formations and serves as the main setting of Camera Anima. The Isles contain rich deposits of aether, which not only causes the floating but also makes the Isles the forefront of aether and automaton technology.

The earliest writings about the Isles appeared centuries ago in a mountaineer’s account. He claimed that on a clear night, while at the summit, he lifted his spyglass to the sky and spotted specs of land above the clouds. Initial reactions largely concluded this to be an exaggeration or a trick of the light combined with exhaustion at best. However, as decades passed and technology evolved, other accounts came to supplement the mountaineer’s story. When air travel became a reality, it wasn’t long before explorers went above the clouds to find the Isles themselves.

Initially, the Isles served as an outpost for passing airships. The Isles had the unique position of resting between several major countries and the aether deposits encouraged development of the land. What started as the town of Awyr eventually grew to be a city-state that stretches across the whole Isles. To this day, it retains its reputation as a place where people come to the sky to follow their dreams.

Central Island is the keystone of Awyr that connects all the main islands together and acts as a hub for day-to-day activity. It’s open to all, regardless of Face Rank or lack of, but some businesses make clear their preferences. Though commonly known as ‘Central Island’, its original name from the outpost days is Fero Island

Eard Island is the heart of Awyr’s industrial district, filled with factories, workshops, startups, and automatons. Though a noisy mess of machinery and business during the day, all of that vanishes during the night. Essie works here one of the many factory workers at Marley and Marley Phlogiston Refinement.

Next post will go up in roughly a week~
W.I.P.