A place for game announcements, and for people to discuss games being made.
Forum rules
Please read the sticky before creating a new topic. Linking to Kickstarter/Crowdfunded games requires a demo.
Post Reply
22 posts
Message
Author

Here is our second December lore post, this time featuring the leads of Camera Anima!

A Brief Overview of the Flaversham Twins 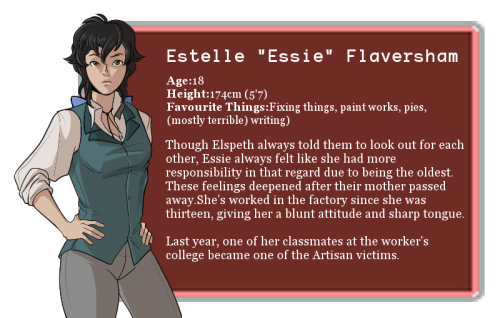 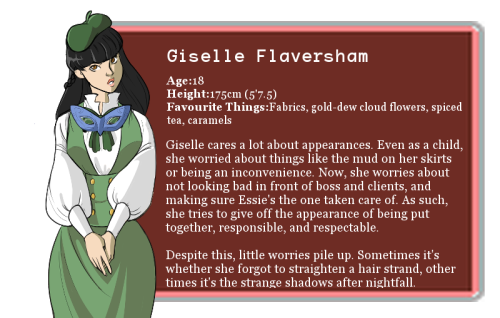 Essie and Giselle Flaversham are twins and, as indicated by their masks, are have a Blue Face Rank. They’re part of lower class of Awyr society.

Their mother, Elspeth Flaversham, passed away when they were young, leaving them to be primarily raised by their grandparents. Essie entered the factory workplace not long after to help with expenses, and has been working at Marley and Marley Phlogiston Refinement for five years. Giselle eventually apprenticed with one of her grandmother’s friends at a hat shop on Central Island.

As workers colleges became fashionable in Awyr, education and cross-class interaction became more common. This has been seen as great opportunity for lower class citizens, Essie and Giselle included, while encouraged by upper class citizens to promote moral values. However, this has also led to a growing trend among younger citizens with Face-ranks to stop wearing their masks over their faces.

Though they can’t pull it off as easily now, when they were younger, Essie and Giselle would often swap places with each other. They’ve done it on the rare occasion as adults, though Giselle’s insistent that she’s not cutting her hair again again unless it’s a special occasion. In response, Essie’s remarked Giselle’s makeup is too much of a pain to get on and off anyway.

Next post will go up in roughly a week~
W.I.P.

I like the sisters a lot, I get the feeling that they're really close to one another despite their different personalities and I'm looking forward to seeing that in the full game. I wonder what Giselle would consider to be a "special occasion" that she would cut her hair for?
hey hey I made a thing
Top

Thanks! Their relationship's at the core of the game, so we're really hoping to people enjoy the pair.

As for special occasions, Giselle would probably consider cutting her hair if:

a) Essie really needed a stand-in so she could do something she really wants to do (which, at least one one occasion, involved a person she had a big crush on and another where Essie used an invite for Giselle to attend a one-time show).
b) There's someone they'd both want to prank or fool in a big way (such as, one creep who used to follow Giselle...until Essie pretended to be her and dealt with the problem).
c) If they got very, very drunk and nostalgic one night and just did it for fun. However, there'd likely be much regret in the morning.

Also, to cap off the year, here's the third December Lore Post, this time focusing on the Face system in the Awyr Isles!


A Brief Overview of the Face (Mask) System 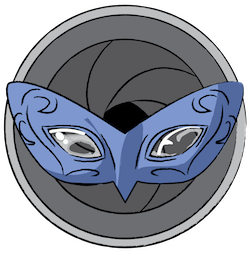 The “Face” or mask system in the Awyr Isles is one of its defining cultural markers, as well as a point of increasing contention.

The wearing of masks is a tradition that began in early Awyr’s industrial period. Originally, masks were commonly worn to protect one’s self from smog, chemicals, and aerial elements. The early masks had thicker eyeshields, often covered the mouth, and were made with subdued colours. However, after city leaders began wearing decorative masks dyed vibrant colours, masks became a widespread fad. Expensive colours, such as purple, became associated with upper class while cheaper colours, such as blue, were associated lower class.

Initially, there was more variety in colour and style, but a campaign run by influential citizens and mask crafters changed that. They pushed the idea that masks were not just for fashion or protection. A mask was a social marker that represented the “Face” you showed to the world.

As a result of this campaign, the wearing of masks, as well as which masks one was allowed to wear, became standardized. Though there are masks exclusive to particular positions, the main Face ranks from highest to lowest are: Purple>Red>Blue>Faceless.

In recent years, increasing focus on cross-class interaction and moral values has given rise to attitudes against the mask system, particularly for youths. As such, some citizens have stopped wearing their masks directly over their faces.

There are still various reasons passed around to justify the mask system, however. One appears in a traditional children’s song that warns the listener to wear their Face, lest the Artisan come for them and ensure they never wake again.

It's after December but we wanted to one more lore post to cap the rest, this one being about the Artisan murders!

Thanks for following us on these, and we look forward to showing you more stuff in the coming months~


A Brief Overview of the Artisan Murders

The Artisan murders began over forty years ago, when Mary Chapman was found near Eard Station. Chapman was a Faceless citizen employed in illicit nightly activities and is believed to be one of the earliest victims. Like all officially known victims, Chapman’s body was found with her eyes wide open and no apparent signs of injury or cause of death. Officially, her death is marked as “bodily failure”.

The victims that followed in the next year established the Artisan’s modus operandi of leaving victims’ bodies to be found in a stylistically arranged manner, including a construction worker found sitting propped up on a scaffolding and a woman found without her mask lying in a circle of flowers. The Copperman Times coined the name “The Artisan” and authorities offered a subtantial reward for tips that led to the Artisan’s arrest. While tips have led to other crimes and even copycats being uncovered, the reward remains unclaimed.

Over forty years, the Artisan’s estimated number of victims totals around twenty. The frequency of the killings varies from year-to-year and some years have no sign of activity, briefly allowing citizens some sense of security and rumors that the Artisan may have passed away or given up finally. Inevitably, new victims appear and stories of the Artisan are in the papers again.

The last two known victims include Andrea Brightmore, a Red-rank citizen found the previous year, and a Faceless woman found on White Temple Road the morning the story of Camera Anima begins.

We've talked a bit on our social medias a new demo coming and I'm happy to say we have a general release month planned! We showcased the demo at an event called Press A to Start, and the demo had a new level, improved gameplay and graphics, and original music composed specifically for Camera Anima. 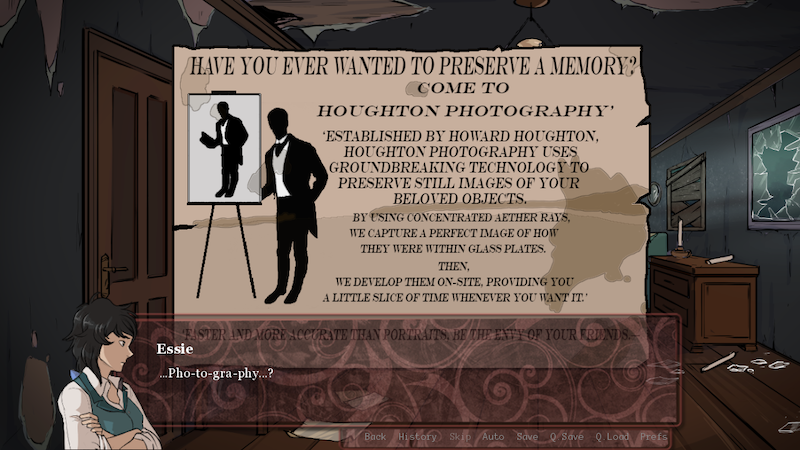 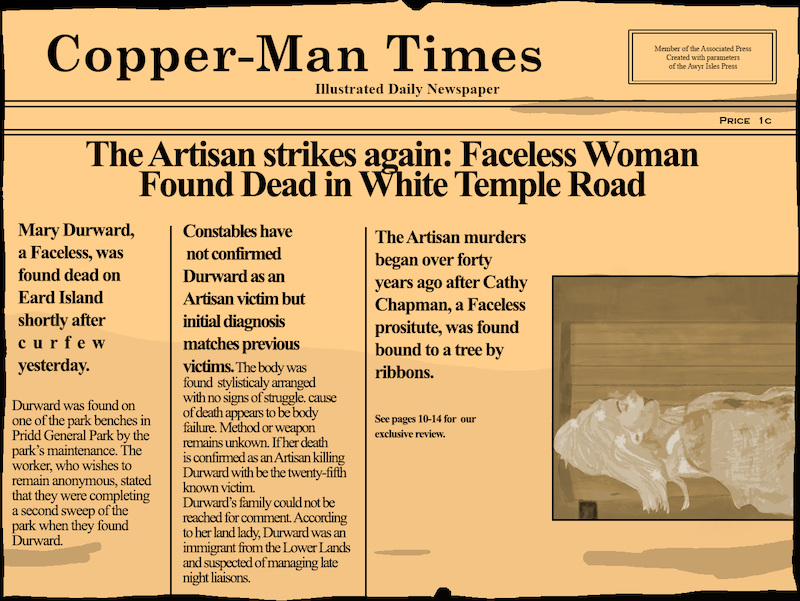 Overall, the showing went very well! We met old players and new players and received a lot of valuable feedback. When we asked players what they liked the most about the demo, positive feedback largely centered around the art and the story.

The new demo and other news will be coming within a few months, once we finish implementing a bit more polish and feedback : ) .
W.I.P.

We recently sent off another mailing list email! This month, we talked about the update progress of one of our backgrounds, from its uncoloured state to its fully coloured one. We also talked about updates to the GUI and Kickstarter plans. 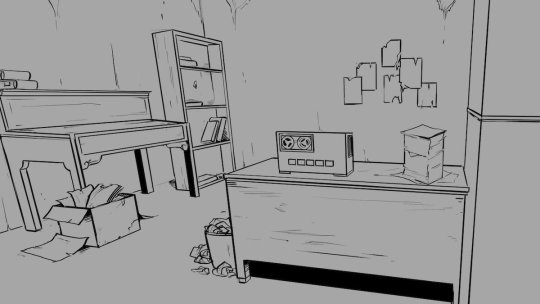 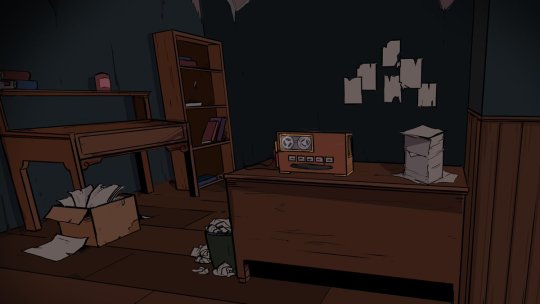 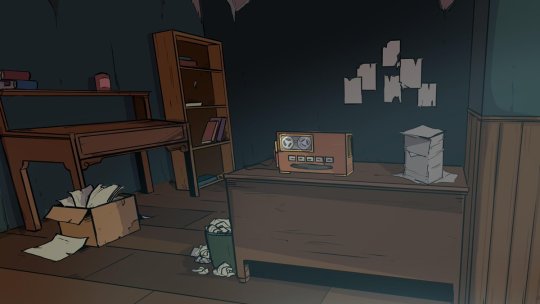 This area's from one of the new levels and has a puzzle we've been working on a lot for balancing, but it's an puzzle we've wanted to implement for a long while.
W.I.P.

In the spirit of holidays, we've revamped the OP with new links, new screenshots, and most importantly, a new demo and trailer.

"Camera Anima Demo 3.0" is the demo we've exhibited around this year and have tweaked based on player feedback! It has updated assets and a new level, which we've been eager to share publicly. We'll continue to make improvements but, for now, the main content has been locked down and the demo is available on PC and MAC

We also have a new trailer, which was edited by KotoriWorks! She did an amazing bringing the Artisan and the misty streets of Awyr to life and we're very happy with the result.

Lastly, we're excited to say Kickstarter news will be coming soon in the coming year. We'll have more details in January!

Until then, happy holidays~
W.I.P.