“Rabbit Illness: Shadow” (RIS for short.) Tell you the story of a young man following his dead brother's steps to understand him and the world he lived in.

His brother was a genius who could accomplish anything he wanted, added to that; he was a really sociable person who was deeply interested in people’s psychology. He was known for being kind and for helping everyone around him; because of that he got the surname of ‘’Light’’.

In order to understand this light, the boy decides to lock himself in his room and study what his brother left behind him: A few books his brother was always reading.

But along his journey to understand sibling, he learns that he caught a strange illness: the Rabbit Illness.

This illness is apparently very rare and can be dangerous under some circumstance to the person who catches it… if the person stays alone to be more accurate.

‘’If you don’t make friend or become lonely for too much time you might die.’’

After being told so, the hero decides that now is the time for him to go back to school and this is where the story begins! 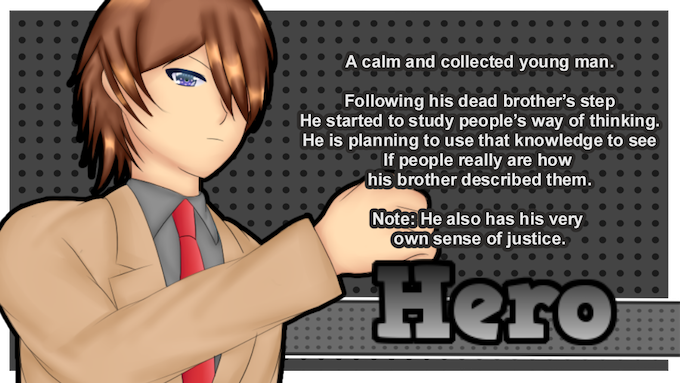 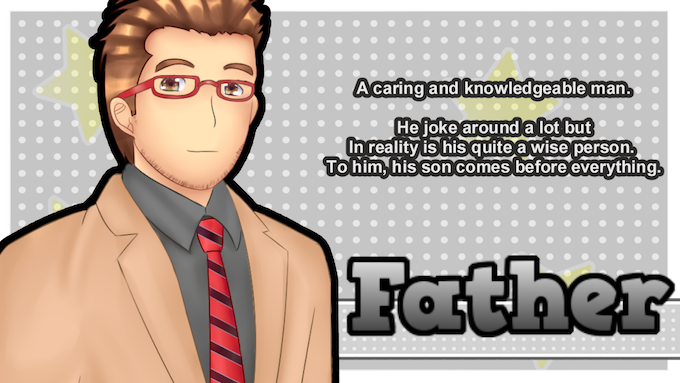 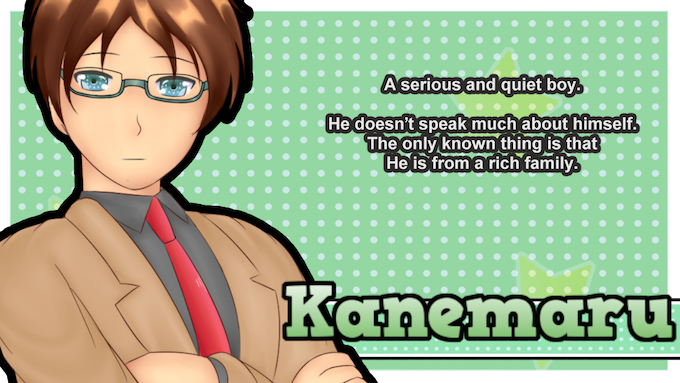 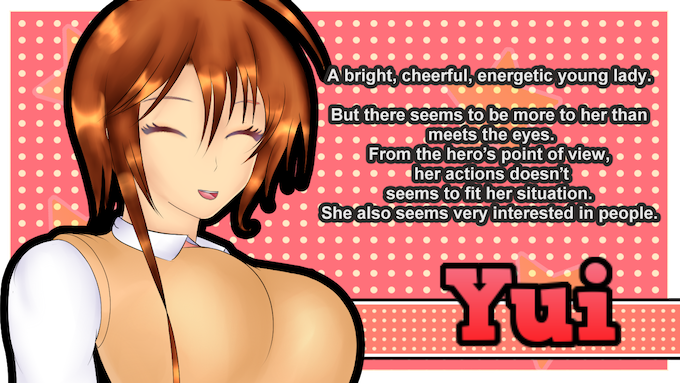 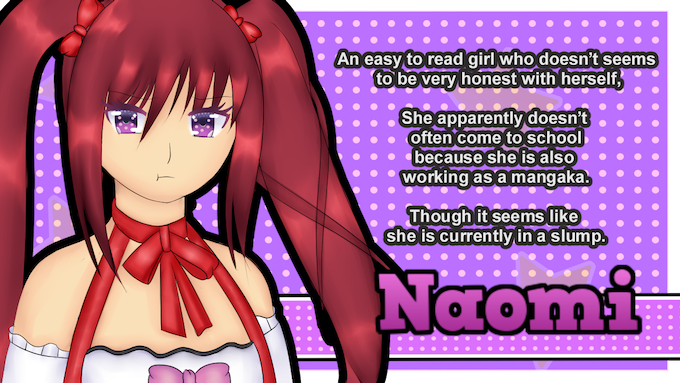 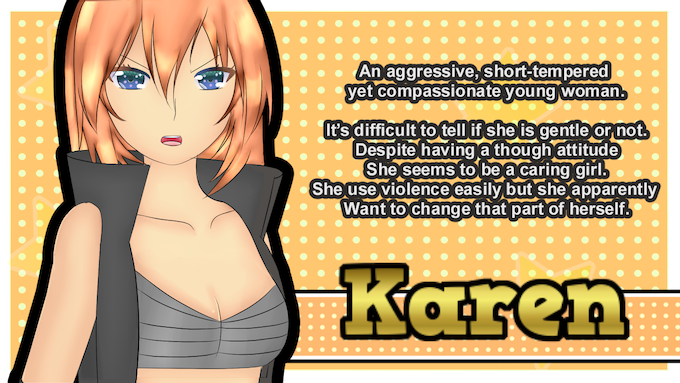 Interested in the game yet? You can play the demo! 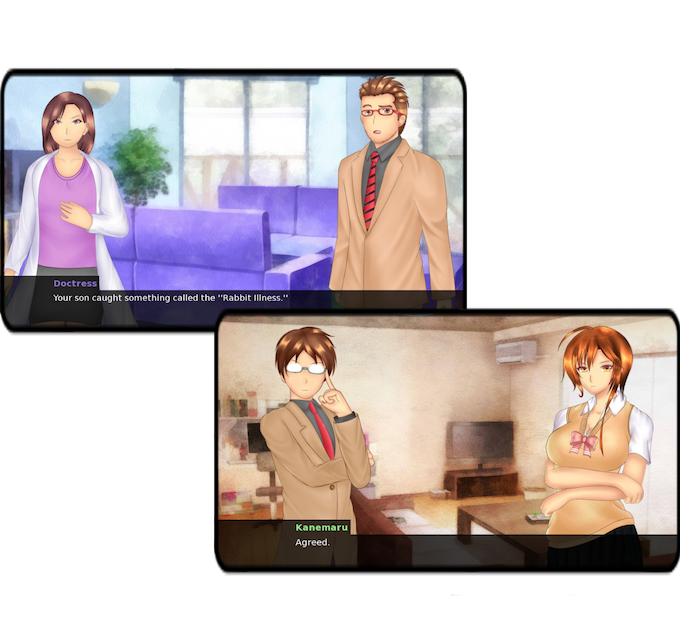 Note that this is only a demo so some elements aren't finished. (The Gui for example.) 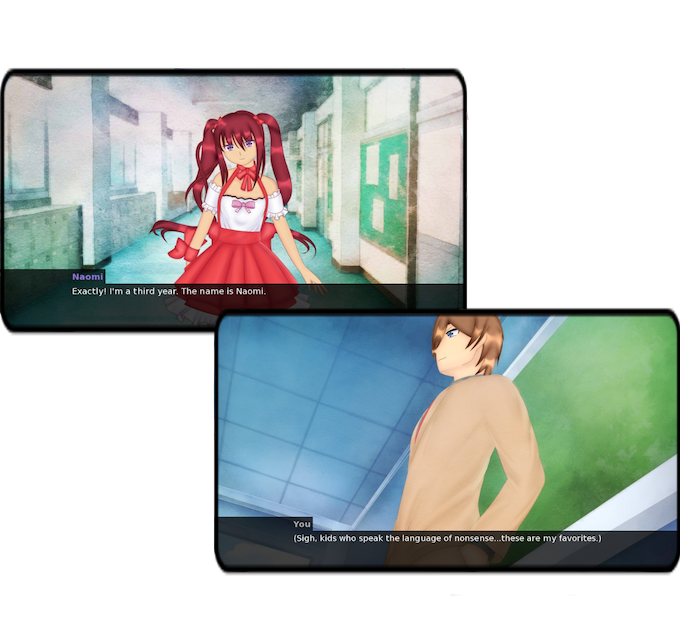 You can also find the kickstarter HERE !
Questions about the game :

Did you like the characters? Do you have a favorite one?

Was the story catchy enough for you?

A critics or comments about anything?

by diapersanddoodles
I would really like to leave some comments and reviews on this demo, but unfortunately a lot of the story is missing because a lot of images are missing. Did you play the demo all the way through? Because I keep getting script errors about missing images and then it skips over a whole scene.

There may be others but I didn't complete the demo so far because I kept getting script errors throughout the game. Let me know when u update the demo! thanks!

I didn't get that bug during my test, it apparently appeared after building the distribution but I've fixed the bug and you shouldn't get it anywhere during the game anymore!

Once again sorry and thank you for telling me about it!

2. Ask people for art comments and criticism. I think that some other people might have suggestions on how you can refine your character designs.


WabbitGames wrote: This illness is apparently very rare and can be dangerous under some [circumstances] to the person who catches it… if the person stays alone to be more accurate.

‘’If you don’t make [friends] or become lonely for too much time you might die.’’

After being told so, the hero decides that now is the time for him to go back to school and this is where the story begins!

1. This fictional illness reminds me of social anxiety disorder. It's real but not fatal.

2. How old is the main character? Is he still compulsory school age? Or is he pursuing adult education?

3. Your subject line contains the words "Drama/Mystery/Romance." How much emphasis do you plan to put on each one? Will most of the story focus on a single genre, or are all three equally important?

by WabbitGames
Thanks a lot for your feedback!

Indeed, seeing how my first day went I can only say that I have a lot more to work on. I guess I'll use this project to take critics and develop myself before coming back so feel free to say anything that comes in your mind. (And also next time I'll hire someone because the issue about my grammar seems to be quite big.)

2. The main character actually continued to study at home so he is in the right age for his grade which is 17


3. The drama will mostly be based on the characters story. During the game the hero will meet a lot of characters and just like for the first chapter there will be ''case'' based on their story.
As for the mystery this tag is mostly here because of the Illness, hint about it will be given but the real trust about it wasn't supposed to come in this episode as it was planned to be a trilogy. (So you can say this tag have the less importance out of the 3.)
Then, the romance will have most of its importance in Yui's route, for the other two they come at the end.

Once again thank you very much!
All times are UTC-04:00
Page 1 of 1
Powered by phpBB® Forum Software © phpBB Limited
https://www.phpbb.com/