The Spanish Privateer is a Pirate Otome game made for the 2018 Otome Game Jam.

It takes place in the Golden Age of Piracy in the Atlantic Ocean, featuring runaway 18 year old Isabel Carlota de Castilla as she joins a ship and three romanceable pirates. Join Carlota as she battles pirates, friends, and social standards. 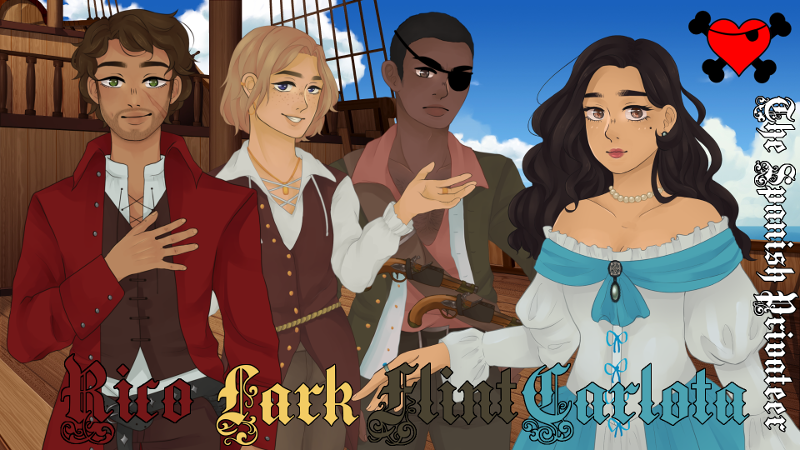 Carlota
Isabel Carlota de Castilla ran from her life of luxury and high-society to escape a forced marriage. Will life on the sea be the freedom and refuge she desires, or will she learn the truth the hard way?

Rico
Hailing from Puerto Rico, Captain Rico is no stranger to the sea. His kind and forgiving persona hides his secret past which granted him his scar. His specialty is swordfighting.

Lark
Half Scottish, half Spanish, and entirely charming. Lark is a hired Lutist whose job is to entertain the men—and he takes liberty to entertain the women, as well. His specialty is playing the lute.

Flint
Flint is the ship’s quartermaster and protector. Fiercely loyal to the captain, Flint is equally distrustful of women. His specialty is gunnery. 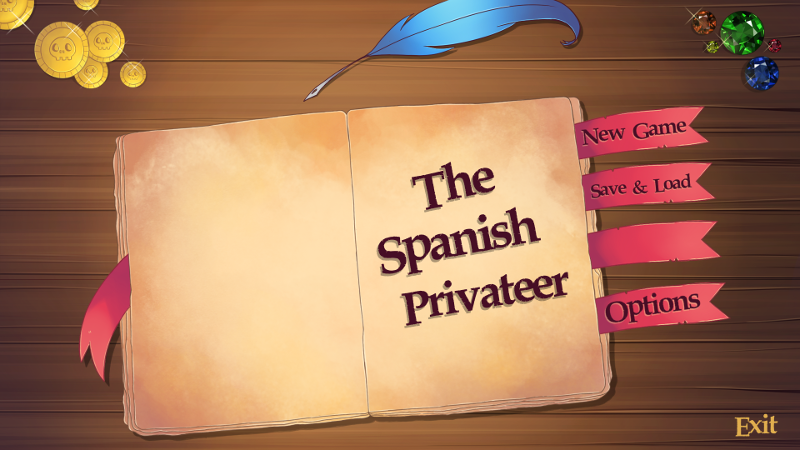 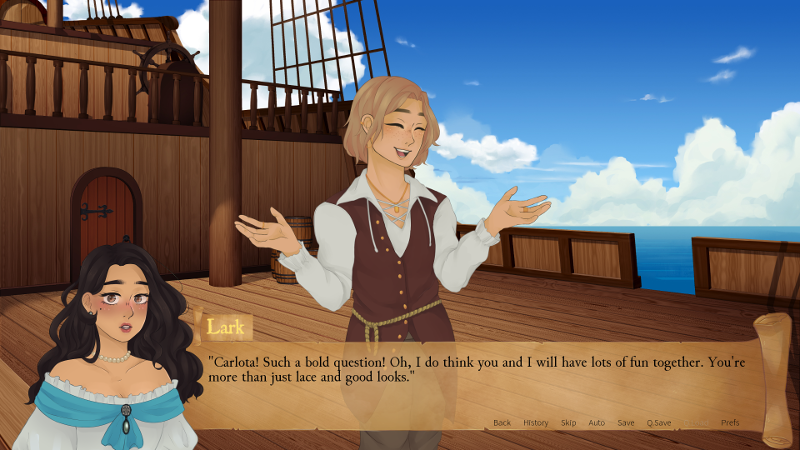 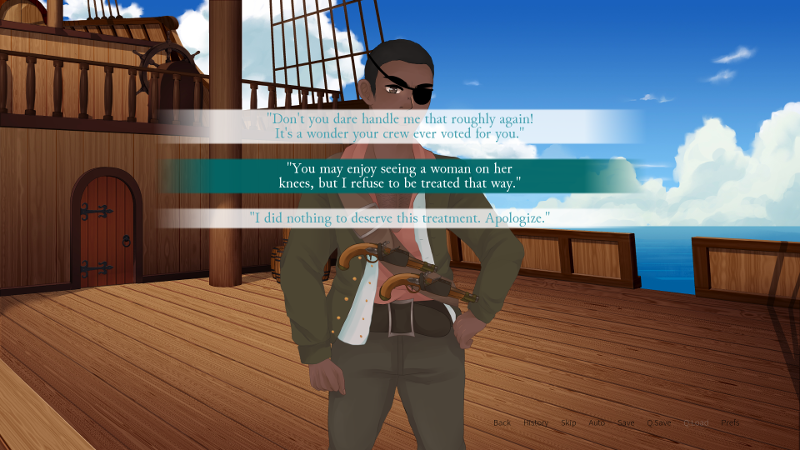 The current version of the game is an Alpha Demo! It covers the prologue (main route) and ends when the paths diverge. The sprites are complete, but certain assets (backgrounds, some GUI) are missing. The music for the alpha was created by Alcaknight and Derek & Brandon Fiecher.

Not a huge fan of otome, but I can't help it: I LOVE period stories! And this one looks really interesting.
Do you like BL games? Then join Ertal Games' Discord!
https://discord.gg/ZUFsg9v
Top

this looks really cute! It's def going on my 'to play' list lol

Not a huge fan of otome, but I can't help it: I LOVE period stories! And this one looks really interesting.

Thank you for trying it out!

Hope you enjoy it