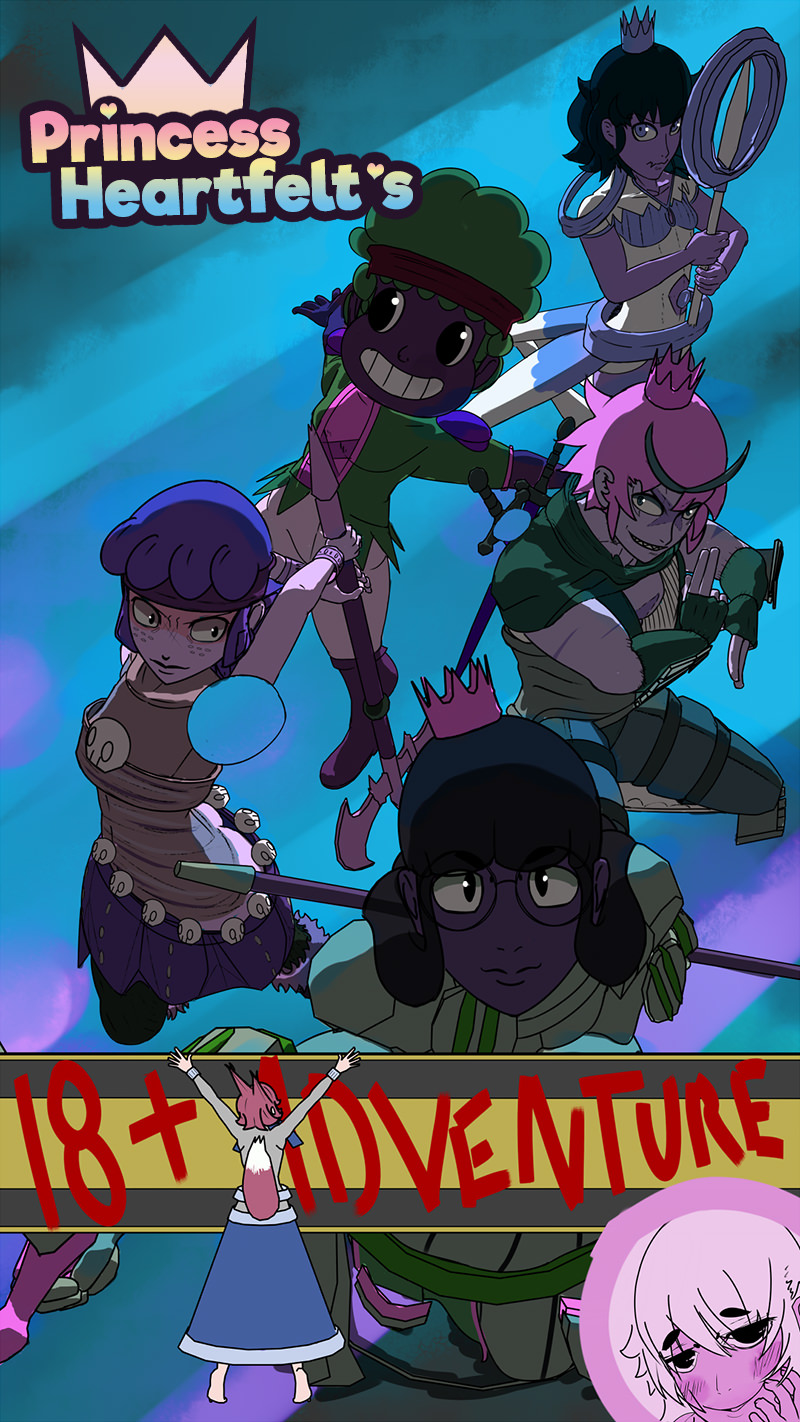 In a world where Comics and Cartoons are as living as you and me, you play as the clumsy artist whose sheer incompetence threatens to ruin the latest episode of a children's cartoon---with lewdness!

So began the latest and strangest adventure in Princess Heartfelt's long history, as the Main Character of the nut-bustingly popular "Crowns of the Realm" cartoon series, Princess Heartfelt gained renown among the kids for her dynamic fighting style, colorful environments, toy-tastic character design, and sheer aversion for anything remotely sexy, as every cartoon character meant for kids should be. As the countless Friendzone Episodes would attest, Princess Heartfelt was a perfectly celibate role-model for little girls---or so would the Executive Director let you know if you asked her. In truth, Princess Heartfelt was your average 20-year old living cartoon character with a wandering eye for round butts, and a wandering hand that could never reach those buttocks in fear of the Director's ever-penetrating gaze upon her.

They called this creature the Monster Ink, much to Heartfelt and Nacho-Head's chagrin, burnt a path of torn bum-holes across the latest episode of the Heartfelt's Cartoon, and if Heartfelt didn't stop the Monster Ink come Saturday Morning---a whole new generation would wake up to discover a weird fetish they never knew they had.

P.S This story is very much related to our previous project, The Black Hand! Check it out here: 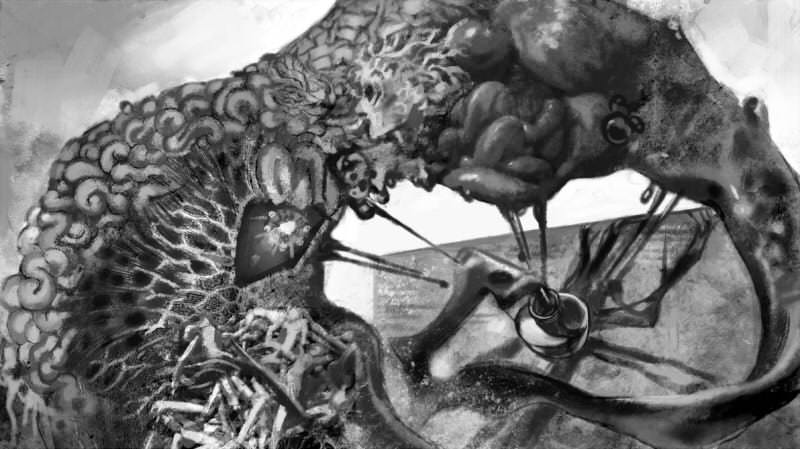 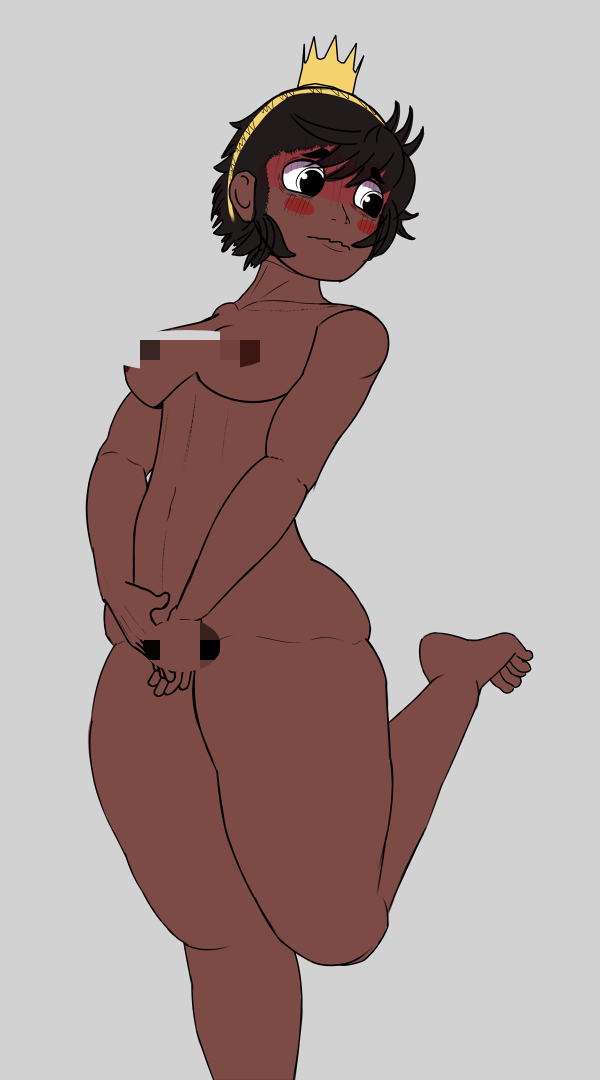 Princess Heartfelt is steeped DEEPLY in Doll-play and plenty choices---that is to say, Princess Heartfelt and her party have little choice but to obey your orders, even if your own incompetence leads them straight into lewd situations.

Hopefully, you won't accidentally shatter Heartfelt's clothing in the middle of a busy street.... 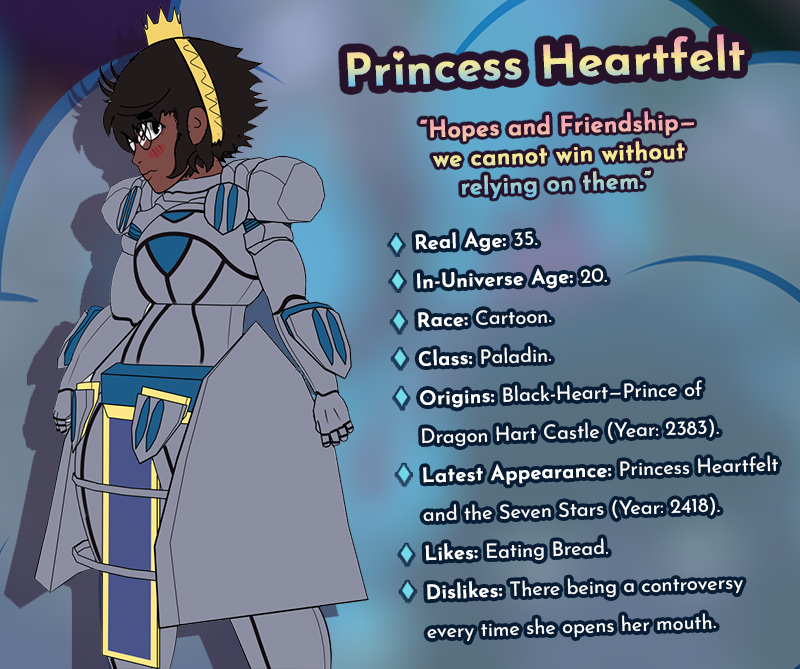 Princess Heartfelt just wanted a hairy chest to rub at night, but that prude Director wouldn't let her.

And then, with the Mosnter Ink Rampaging across the episode, it was the time for Heartfelt to consider if she wasn't quite a little bit more thirsty than she let on, and whether maintaining her standing as the children's role-model was truly worth dying a virgin. 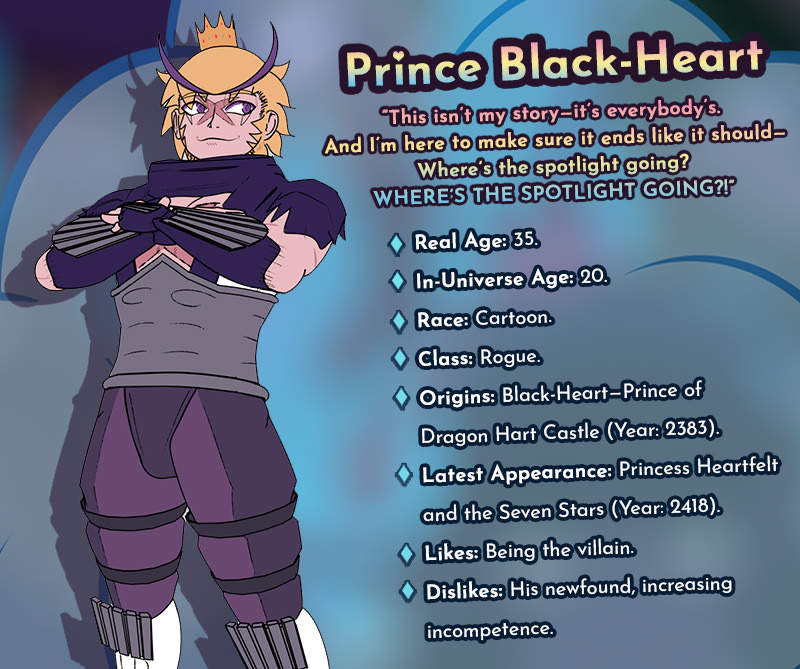 Prince Black-Heart had a big problem: Princess Heartfelt replaced him as the main character of his own series. And throwing salt to injury, they did it in the most denigrating way they could---reducing him into a comic relief villain who could never win a single fight against the heroes, and somehow always ended up buck-naked in some ditch for the peasants to laugh at. Such was the ultimate fate of Old Black-Heart, Prince of Dragon Hart Castle.

Or it would've been if a certain Monster Ink didn't flip the script on it's head, and released the Prince from the shackles of plot convenience. And now, with the right head over his shoulders, and powers released to their full potential, Prince Black-Heart couldn't help but wonder: "What am I going to do next?" 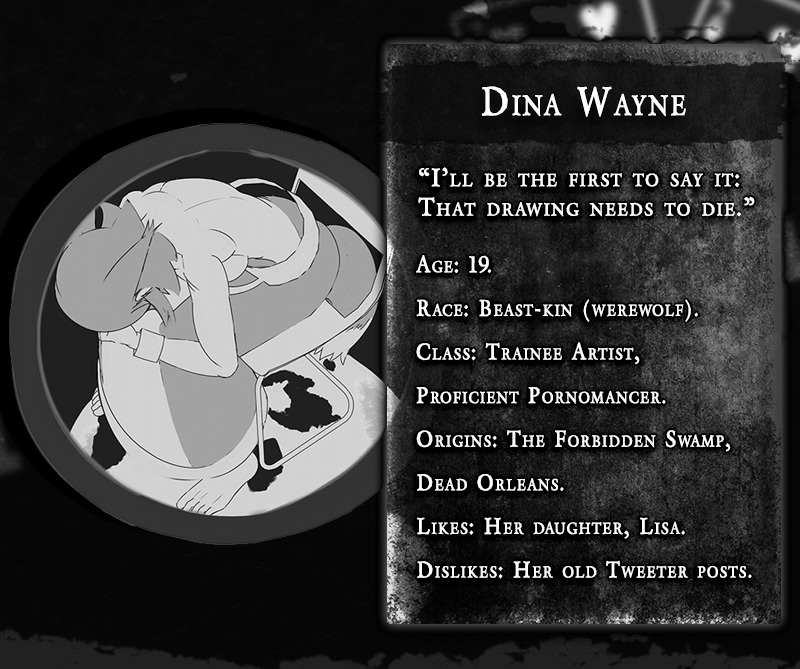 This is Nacho-Head. This is you, in this universe. Your choices will flip the script on it's head, out of one simple question: How perverted do you want this story to get? 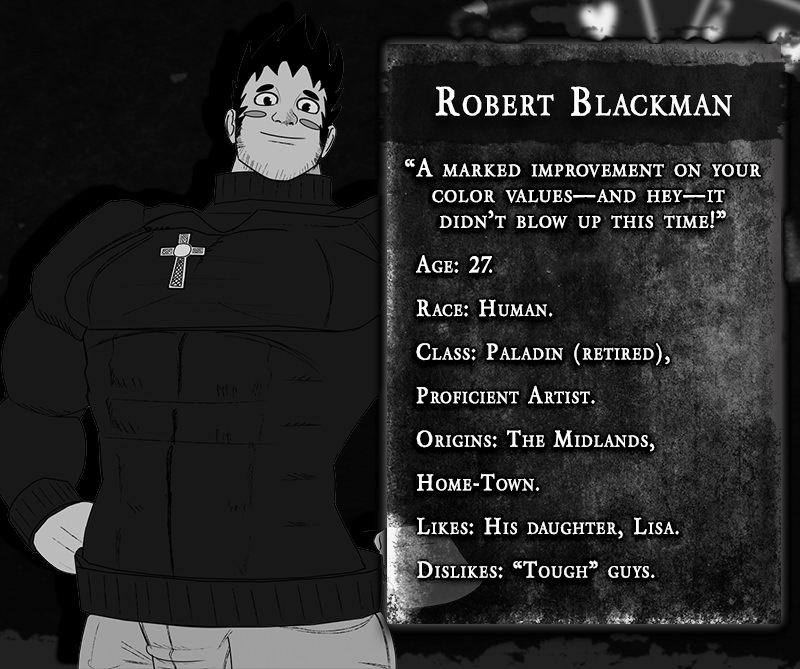 This Robert. He's your kid's daddy in this universe, and the one man standing between you and the angry executives, out for your blood.

He's got a big dick you named "Thomas the Tank Engine" in one of your drunken stupors. 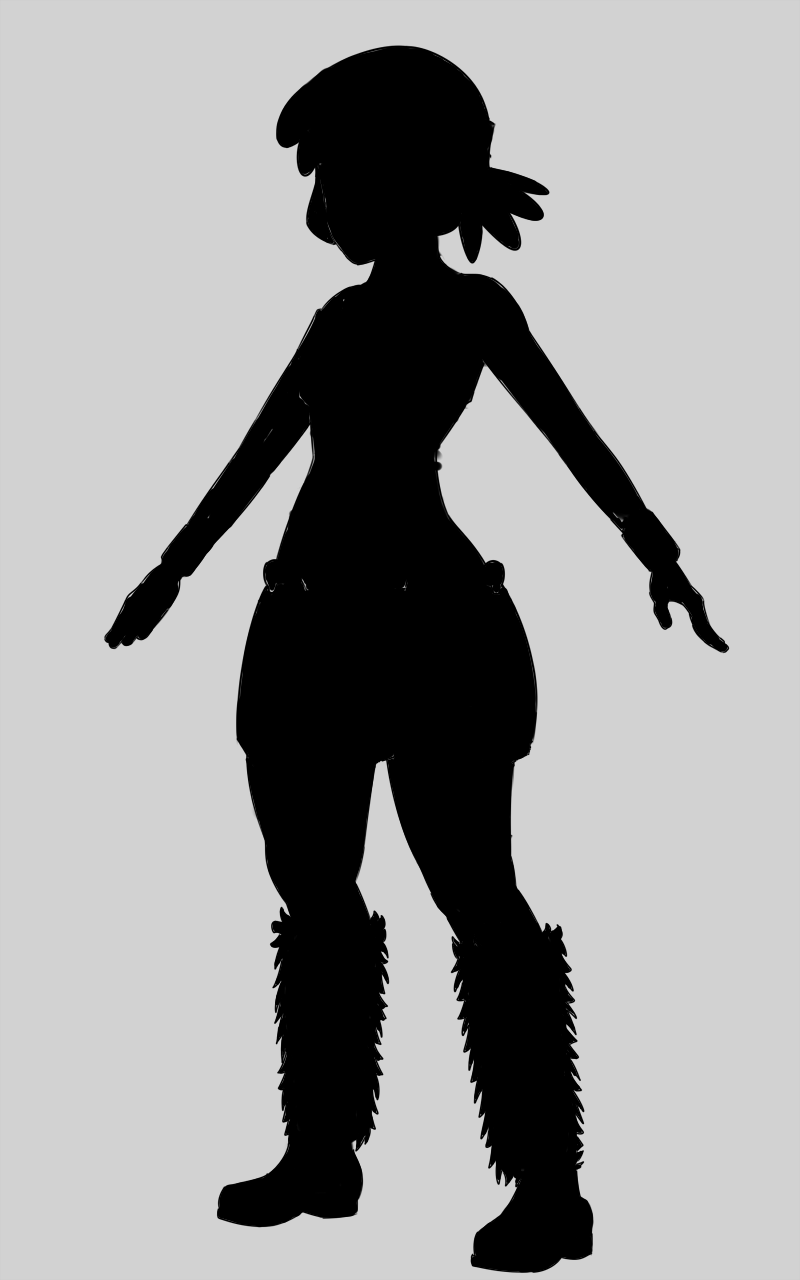 [And there's more to come!]

1) Which character sounds most appealing to you, and why?
2) Is there a part of the premise you like the most?
3) What would you be expecting to see out of a game like this?
4) Overall thoughts and impressions + any comments?

1. I think I like Princess Heartfelt the best. She's just such a cutie. And I too like food a lot.

3. Crazy, zany fun. I expect the game to not take i5self too seriously.

4. I'm very very happy this doesn't have an anime art style. That's very refreshing. I'm also confused: is Dina the one we'll play as? Who's Nacho-head?

Good luck wit your novel. =)
All I want to get is a little bit... you know