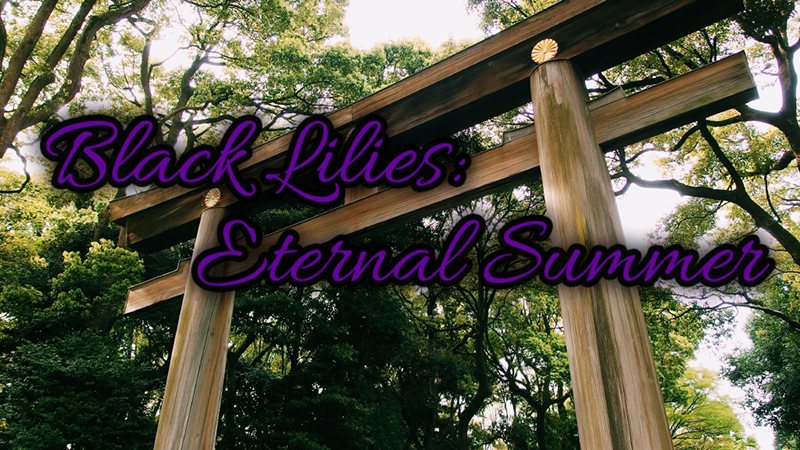 "I wish this summer vacation would never end..." Everybody has probably thought that at some point. But what if such a thing were to really come true?

Alice Hanekawa and her 6 friends have been trapped, repeating the first 2 weeks of their summer vacation for over 10 years. At first, it was weird. For a long time, it was fun. But then, as it started to dawn on them that it really might go forever, the cracks started to appear. Even death was no escape... You still just woke up at the start of the next loop, like nothing happened.

So much time has passed... Everything is falling apart. Nobody trusts each other, everyone is breaking down, and the 7 of them never do anything together anymore. How much longer will it be before they finally go insane? Nobody knows. Nobody wants to think about it.

Alice has tried to find a way out before, but this time, she can't afford to fail. Can she really do it...? Can she uncover the truth behind the time loops? Can she help everyone get back to their old selves before it ends? And what other mysteries could be waiting further down the line? Only time, and a great deal of effort, will tell.

Black Lilies: Eternal Summer is a visual novel involving drama, mystery, the supernatural, and yuri. I am trying to kickstart the game so I can get some real art for the project. The art in the screenshots and demo is not intended to be in the final game.

The game has some interesting features, such as an event-based daily menu system, and is made in Godot(a game engine) rather than any of the usual methods. The final game is planned to be over 10 hours long across 4 major story arcs, with over 12 endings. All of the heroines are planned to be romancible. I have been working on it for quite some time, and even if you just played the demo, it would mean a lot to me. It's a one-man effort so far, so I know that it isn't very flashy at the moment, but the story is (hopefully) the strong point.

Unfortunately the realities of Kickstarter are that it's extremely difficult to raise much money without at least a shiny-looking mockup.

Obviously, you need funds to pay artists. But right now, your screenshots show nothing to get anyone excited. No shiny art, no intriguing events, no beautiful prose, not even a list of the romanceable characters. What is there, on the game page, that will tickle someone's interest enough to make them think that they *need* this game and want to make it happen? And from a backer's perspective, if the game creator doesn't believe in the project enough to invest any money in it, why should they?

I would strongly advise:
commissioning at least one fancy piece of art - one CG, one character design, something that looks cool and shows people what you're going for.
find a screenshot in the game where the text will be shocking and incite curiosity, and where an abstract background will work for a placeholder.
find a cheap-but-clean way to represent the characters (a dollmaker with the right license for kickstarter use? RPGMaker-style pixel art?) so that you can post a little profile for each heroine and pique people's interest in them.

Or, of course, I could be wrong, so if things pick up feel free to ignore me.

But right now, even as a big yuri fan, I'm not being given enough information to want to know more about this game.
Hanako Games
Top

The synopsis, and especially the demo, were supposed to be the big draws. I think if you played the demo you might change your mind. I almost wanted to avoid posting screenshots of the current art to "trick" people into downloading the demo, but I felt it would be dishonest.

Also, I don't want to go into details, but I honestly don't have the money to spare for anything big right now. Not even a few hundred dollars. I'm not dependent on the kickstarter's success, thank god, but that's about the only positive thing I can say. Thank you for your advice.
Top

I love the plot idea here. It's a really interesting concept to have multiple people experiencing the same time loop knowingly and considering how this would affect their relationships with each other. I hope that your project goes well! ^^
Top
Post Reply
4 posts • Page 1 of 1