Through the Panels • [Slice of Life/Comedy] [DEMO]

A place for game announcements, and for people to discuss games being made.
Forum rules
Please read the sticky before creating a new topic. Linking to Kickstarter/Crowdfunded games requires a demo. Updates to Patreon-backed games may be posted once every 2 months. Adult content should not be posted in this forum.
Post Reply
4 posts • Page 1 of 1
Message
Author

Through the Panels • [Slice of Life/Comedy] [DEMO]

Mimi* Stokes is an ordinary girl who dreams of two things: escaping her sleepy small town, and becoming a comic artist.

So when her dad's job uproots her family and lands her in a new school in a new country, Mimi is thrilled -- especially as her new friends (and foes) all seem like characters straight out of her favourite mangas and dramas.

Struck by inspiration, Mimi starts her first comic series, based on the lives of her school mates. However, drama usually has to be instigated, and before she knows it, Mimi soon finds herself meddling in their personal matters in order to get more ideas for her story.

But can anyone blame her, really? It's for the sake of her art! 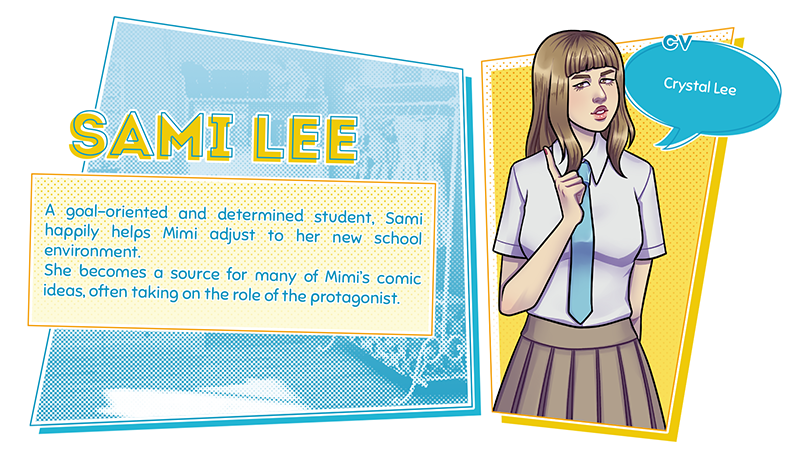 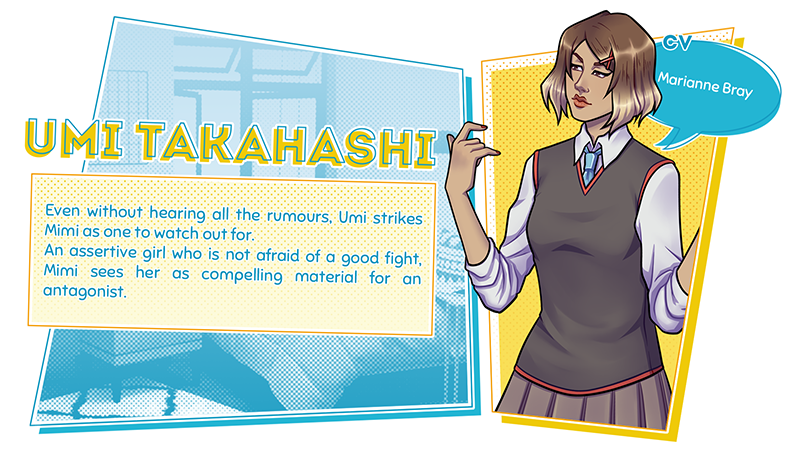 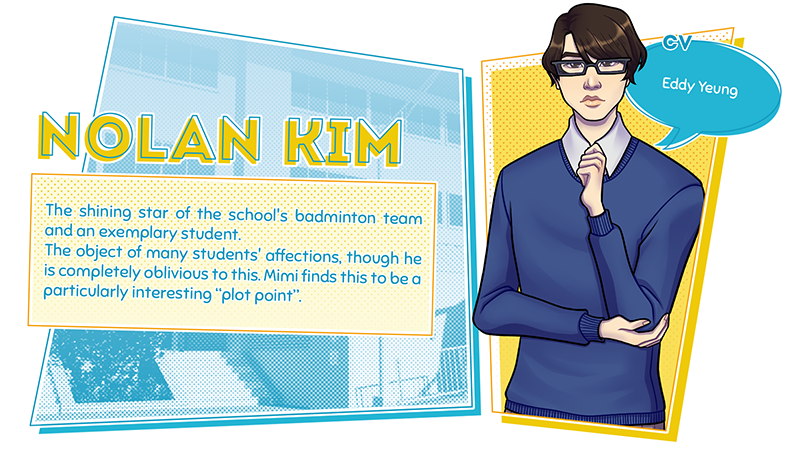 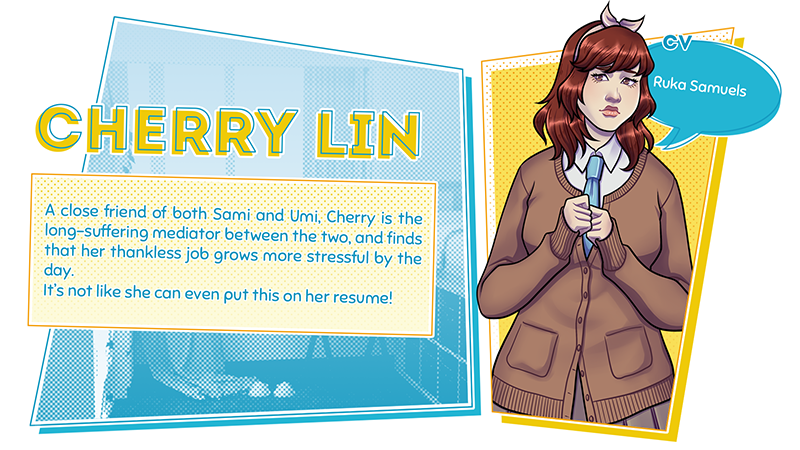 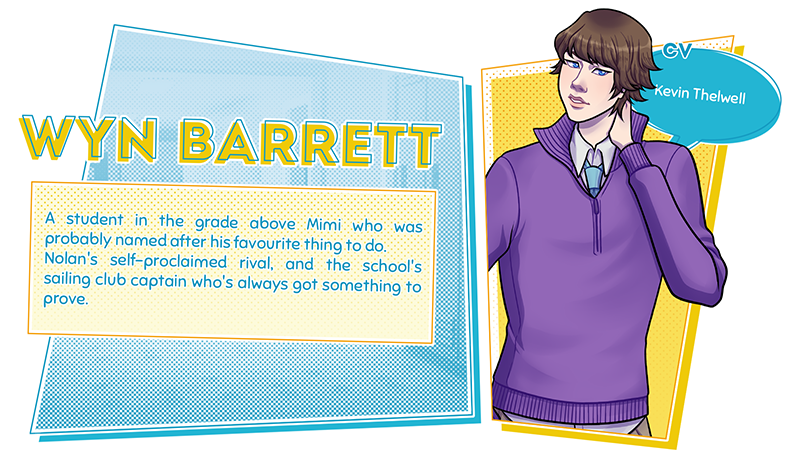 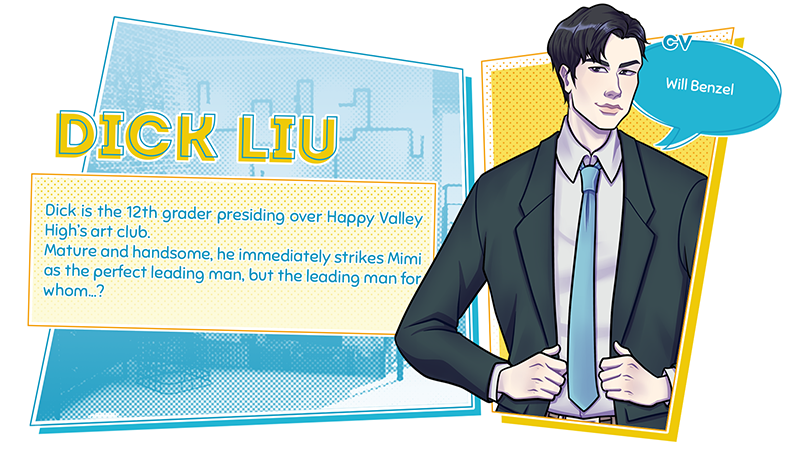 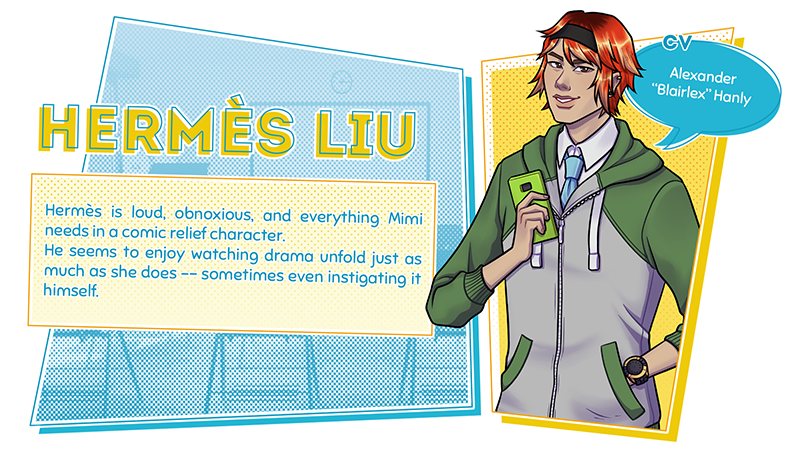 ★ Seven Characters, Seven Routes ★
Choose from 7 different characters to befriend (and interfere in the personal affairs of). Each route has multiple endings, determined through player choice. Replay to your heart's content!

★ Determine Your Own Personality ★
In addition to being able to choose a name and appearance for the player character, your choices in the common route shape your character's personality. The personality you have will open up different choices and dialogue options in the individual routes.

★ Build or Break Relationships ★
The game's story isn't only about your own friendship with the characters, but also the relationships and dynamics between everyone else. Help sworn enemies put aside their differences and play nice, or even become a matchmaker for some of your classmates!

★ Creep on Social Media ★
You'll be able to check your phone at any time to see the latest on your friends' InstaBook profiles. Not only that, you'll sometimes even be able to see what they thought of the choices you made!

Available for Windows/Mac/Linux on itch.io.

At the moment, we would really appreciate any feedback you have to share on the demo!
If you're not sure what kind of feedback to leave, here are some questions:

- Which character(s) are you most interested in? Is there a reason for that?
- Do you feel like you managed to get to know each character well/equally?
- Are you interested in playing a game focused on building relationships, even if it isn't necessarily romantic?
- Was the player character likeable? Were you able to relate to her? If not, what do you think would've helped?
- Is there anything in particular you really want to see in the post-demo content/individual routes?
- Did you encounter any bugs or typos?

Alternatively we also have a survey set up, if you'd prefer to be anonymous.
STARDUST★SODA
Cooked with Love • so obscure; • LAST CALL • Reflections on the River
Top

I've been enjoying the twitter updates on this for a while! It sounds like such a fun concept and I really love the art and GUI. I think it will definitely be interesting to read about all the different kinds of relationships you can form with the characters, and to see how that affects Mimi's writing. Just from the designs and summary, I think I like Cherry the most so far! Looking forward to seeing more as you continue with development.

I always look forward to your games, and this one is no different! I love the concept, and all of the features seem like a lot of fun.

I also just wanna say that I big time appreciate that the "free routes" are the girls - I'm so used to female routes (platonic or romantic) being paywalled and/or ignored in favor of male routes when the protagonist is female.
hey hey I made a thing
Top

I love the premise and the art style, which really fits the basis of the story.

And I'm especially pleased about the idea of building relationships that are platonic as well as romantic. I think there's a lot of potential for new stories in that direction. Looking forward to more updates!
Top
Post Reply
4 posts • Page 1 of 1