A place for game announcements, and for people to discuss games being made.
Forum rules
Please read the sticky before creating a new topic. Linking to Kickstarter/Crowdfunded games requires a demo. Updates to Patreon-backed games may be posted once every 2 months. Adult content should not be posted in this forum.
Post Reply
93 posts
Message
Author

The game is still on progress due to community quarantine, and after that, im sure i am going to release the demo for this novel. Thanks for reading! 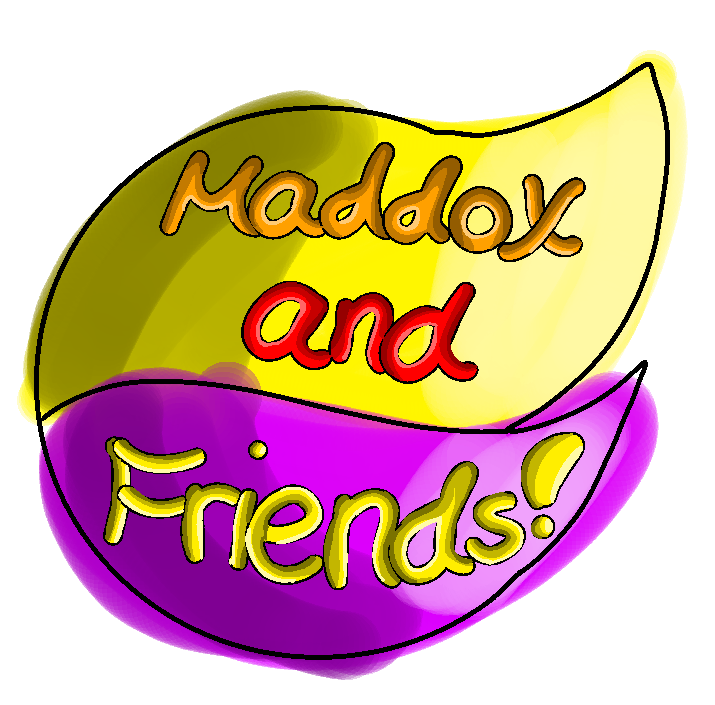 "Being friendly is the number one rule in this school!"

About
Maddox and Friends Is a talking simulation novel.
Maddox Summer the science professor is here to talk to you. He'll tell everything he knows and share the idea for you!
Talk anything to him, ask him anything, he'll answer you back!
The choices and actions are all yours, the never ending of talking.
Everyone in the school is friendly! Not to worry about anything!
He is a bit dangerous, he is always waiting for you to come just to talk to him. Please be friendly to him.

Gameplay
Like any other visual novels, this game is basically like a talking simulation where you can reply to the character and it will reply to you back, it has several or more topics to talk about, and it may be educational (if you think). And it can also affect the story with several endings. Some endings are related to the topics, and a bit ■■■■■■■■■■ if you think. This gameplay is just like an Artificial Intelligence like any other games has too.

WARNING!!
This game is only allowed for rated +13 ages above.

Main characters
These characters will appear in the main game.

The Protagonist
The protagonist is none other than you!

Maddox Summer
21 years old.
Maddox is a Grade 12th student, a science teacher, he is the one who is talking to you, he may change his attitude sometimes, and look! He even owned a parrot.

Maxwell
10 years old
Maxwell or Max is Maddox's parrot pet. He is a type of a parrot who mimics someone's words. He can only speak in a normal way sometimes.

Asher Summer
21 years old.
Asher is Maddox's twin brother, Grade 12th student, he is a math teacher, he is a bit shy and acts like a girl, but he is kind! Talk very carefully.

Ivy Summer
20 years old
Maddox's and Asher's younger sister, Grade 11th student. She is an arts and crafts teacher, she likes butterflies! She is sweet, childish and talks like a matured.

Iris Summer
20 years old
Iris is Ivy's twin sister, she is a english teacher also, she acted like a matured girl. She is cautious about her own business. Still friendly!

Fina Summer
12 years old
Fina is a Grade 7th student, she is a student of Maddox, she loves playing with someone! She can be that annoying, she is friendly of course.

China Summer
14 years old
China is an early matured child, Grade 8th student of Asher. She loves studying about science and maths, while Fina doesn't like it. She is polite. And friendly.

Tiffany Summer
13 years old
Tiffany is a Grade 6th student of Ivy, she is clumsy when she is moving an inch! China always had a problem with her, but not that much. She is an idiot, low IQ and a kind person.

Jasper Summer
16 years old
Jasper is a gardener in the school, he is a bunny human like with softy ears! He always gives a frown, and hates when his partner does something wrong, and most of all, friendly!

Topaz Summer
15 years old
Topaz is a partner of Jasper, gardener in the school. He is an type of a robot who never learns right instead doing it wrong, weird eyes and a smile, he is currently stupid and doesn't listen anything to Jasper. He is still kind and friendly, especially new students.

Daisy Bjornstad
31 years old
Daisy is a principal in the school, although she may look young. She is a guideful girl who is helping other students when they have problems! Especially, friendly.

Owen Bjornstad
30 years old
He is the babysitter in the school! He is quiet and calm, he is not the others who is active and clumsy, he loves playing with children and telling stories for children!

Other characters
You cannot really meet them mainly, you can in other ways.

Cally Gonzalez
22 years old
A teenage outsider girl who hated school so much, in fact, she is very hard to deal with, especially talking to boys.

Sana Summer
33 years old
Older sister of Maddox, she has a great personality and she is loved by most people in the school.

Mino Thala
1,000,000 years old
A weird, tobacco loving animal who stays in the school, she is very annoying but weirdly very friendly, she is probably thicker, and a very good friend of Topaz.

Vanessa Summer
15 years old
Adopted daughter of Maddox, her parents died in a car crash after 2 months after. She is a very sweet, talkative girl in the school you will ever met

Coratio Quistadio
27 years old
He is a magical doctor in the school clinic, he heals very deep, and massive wounds to injured little children, he is also a cousin of Cally and Lyka. Oh, and forget about his eyes.

Markelous Summer
22 years old
Maddox's cousin, he is a very weird guy after all, he is very paranoid and keeps hallucinating things by attacking his imaginary enemies, even though it didn't exist.

Aya Schmidt
24 years old
Asher's former girlfriend, died for some reason, from now on she loves haunting her dear, and lovely boyfriend. She is creepy somehow.

Lyka Gonzalez
19 years old
Maddox's girlfriend, she has been a sailor since they were about in high school. She is cheerful and friendly to other people, especially little children. She had the same hat as Maddox has.

Red and orange
700 and 684 years old
They were incubuses, summoned by ■■■■■■■■■■ and they are both familiar to Maddox for some reason. They had different colors. Red is a calm, aggressively demon. Of course looking for his goal to find a ■■■■■■. While Orange is very different! He is friendly to known children and doesn't hurt anyone.

Changed due to sprite and background changing instead of a fully background style with characters. I will update soon after quarantine/lockdown.

Features
Features in the main game.

●Meet new friends in this friendly school!
Especially Maddox!
●AI is a feature. Once you'll type or reply to a message to him, he'll answer! This is the main gameplay.
●Total of 23+ endings.
●Time based game, the background will change once the cycle of the time is changing.
●There are a total of 20 or more CG's.
●Talk alone in the classroom, there you can talk to each other about him.. school... weather.. and other personal questions and answers.
●See the ending tips, so that you know how to achieve the endings by reading it.
●Time of playing depends on what or which ending will be on.
●Some characters are voiced.
●Original Art.
●Achieve the endings endless times! Collections of endings every single one.
●Play a game with a time based function.

+13 Features
Features that is not allowed below +13

Progress (Always in update)
The progress of my game so far.

I gave some screenshots for the novel tonight, GUI's will be updated soon.

●The talking script (AI code) is completed 5 out of 18 types, since it was four of them yesterday.
●Added a new CG, the Mechanical room. So topics about it will be 10 and still 4 types, i'll start making it this week.
●The GUI design was repositioned a little
●I added more dialogues of AI code, and fixed some grammars..


More updates of this novel will be more soon!

(I was too fast at updating it, it is much better for quick release.)
I am a friendly user, please respect and have a good day.

●The GUI images has been recreated, it was all styled as black-orange design, fitted for the character.
●Added a new screen button

I will post the screenshot tomorrow!
I am a friendly user, please respect and have a good day.

●2 mystery images or CG is now added, it will be shown at each places, all includes each character.
●added mouse custom in game only

The new updates i send wilk be screenshotted tomorrow at evening. (Maybe tomorrow or at the next day, not sure.)

I had thse screenshots for the update i sent yesterday so here it is.

●I added a secret screen, it can be only shown when quitting the game
●Added more dialogues on topics
I am a friendly user, please respect and have a good day.

●I changed my mind so i added a new character.
Daisy Bjornstad
31 years old
Daisy is a principal in the school, although, she may look young. She is a guideful girl who is helping other students when they had problems! Especially, friendly.

●I added a CG gallery which is you can view the characters in the game!
●Just finished another CG.
I am a friendly user, please respect and have a good day.

Not really an update, but i wanted to say that i am going to add the character's images, they are not really displayed in game-sprite but instead.. it can be seen only through Background CG's.


I will possible add them in September, so it can wait!
I am a friendly user, please respect and have a good day.

Update on the original post, mostly changing my age content of my novel.
I am a friendly user, please respect and have a good day.

I added a new character.

Owen Bjornstad
30 years old
He is the babysitter in the school! He is quiet and calm, he is not the others who is active and clumsy, he loves playing with children and telling stories for children!
I am a friendly user, please respect and have a good day.

●Added a new CG in room, which is contains expressions of each three characters
●The library talking is done! So now preogressing in Mechanic room, it taked to long to finish so..
●A new 2 bonus images.
●I added more secrets and jumpscares!
I am a friendly user, please respect and have a good day.

Update on original post.
I am a friendly user, please respect and have a good day.

I added a dating choice! Which is one ending will be added, the information is N/A yet.

Will add screenshots tomorrow or sooner.
I am a friendly user, please respect and have a good day.