Felix thought the only thing to fear about a trashy Halloween party was the watered-down beer. Then a demon attacked.

Note: Currently there's only a Web build and Windows build. The full version will have builds for Windows, Mac, and Linux.
GAME LINK: https://foleso.itch.io/demonkiss 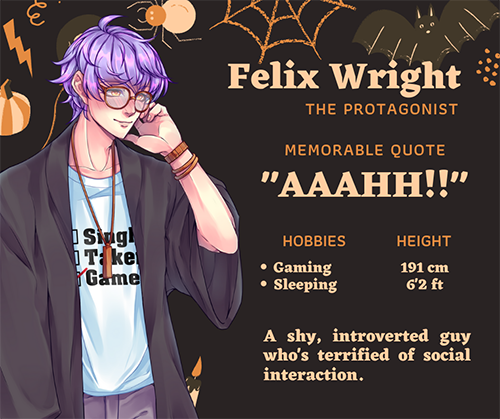 Felix works as an IT guy in a small law firm. He's used to dealing with broken printers and people freaking out over minor issues.
But his true passion is playing video games. As a hardcore MMO player, Felix has plenty of virtual friends who understand him.
Unfortunately, his only real-life friend is his bubbly co-worker Vanessa who insists on pushing him out of his comfort zone. Despite his reluctance to listen to her, he appreciates her concern for his well-being 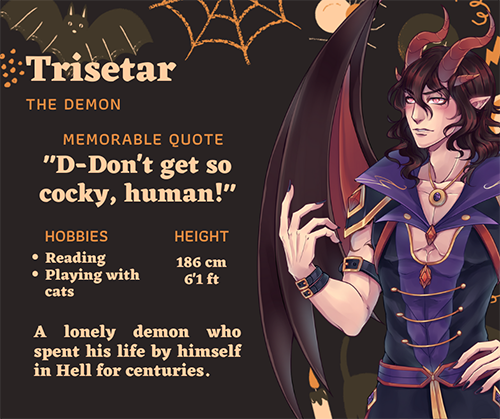 A lonely demon who lives in his very own mansion in hell. He lived alone for so long he'd convinced himself that it was for the best.
He's easily irritated and unforgiving: Trisetar holds grudges for centuries. His power is so terrifying that even demons don't dare cross him.
He has his own mysterious reasons for invading Earth despite a millenia of peace. 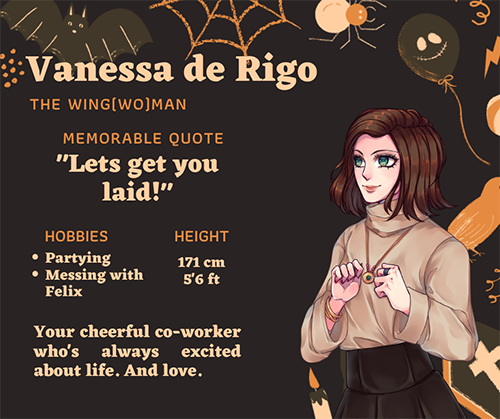 Felix's best friend who just wants to get him out of the house. And laid.

Team:
Artist: https://twitter.com/akua_kourin
I have to give Akua a huge thank you for all the amazing work she's done. Please follow her, since without her this project wouldn't have been possible.

Honorable Mentions: Miko for helping me figure out marketing, scope cutting, and a lot of other things. Runa for ideabouncing, and Nyankapon for Felix's original design.

by parttimestorier
This looks really cute! I love Felix's design - his hair is awesome. Is he intentionally named after Phoenix Wright, or is that just a coincidence?

by Ertal77
Downloading it now!

parttimestorier wrote: ↑
Mon Mar 02, 2020 8:04 am
This looks really cute! I love Felix's design - his hair is awesome. Is he intentionally named after Phoenix Wright, or is that just a coincidence?

I agree! Akua is a serious whiz with ikemen

He's not intentionally named after Phoenix Wright, but they do share a few traits in common.

Yay! Tell me what you think. Especially any bugs or if it crashes your computer (Unity games are finicky like that...)

Please rate the demo 5 stars if you enjoyed it: it helps immensely!

by Letitia_L
The characters's art is beautiful! And I already know I will like Trisetar ❤
I'm downloading the demo right now!

Thank you! Let me know what you think!
All times are UTC-04:00
Page 1 of 1
Powered by phpBB® Forum Software © phpBB Limited
https://www.phpbb.com/