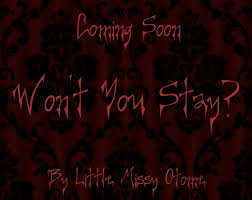 My team and I are currently working on a psychological horror visual novel game called "Won't You Stay?"

The game will be FREE to PLAY and includes the following:

(Game will be fully voiced including Main Character)

On Christmas Eve, you and your father attend a charity event for your local church, hosted by an All Girl's School.

After an unusual and unexpected encounter with one of the students, you pass out and wake up in an unfamiliar room and for some reason you can't remember who you are!

The first person you come face to face with is a little girl who informs you that you have been abducted by her older sister and that you have to escape as soon as possible otherwise you will be trapped there forever!

"A story that is perfect for fans of psychological horror!"

Please note: This game is not for the faint hearted, not appropriate for children or anyone under the age of 15 as it contains psychologically traumatic and horrific themes, violence and in some instances, blood and gore.

You can read more information about the game on my itch.io page
https://little-missy-otome.itch.io/wont-you-stay

Update: Sneak Peek Screen Shots of Characters and Settings in The Game! 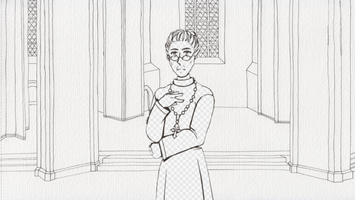 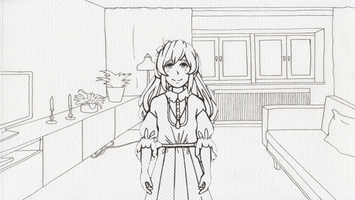 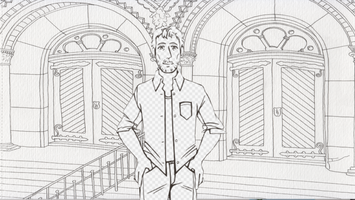 New Poster for The Game! 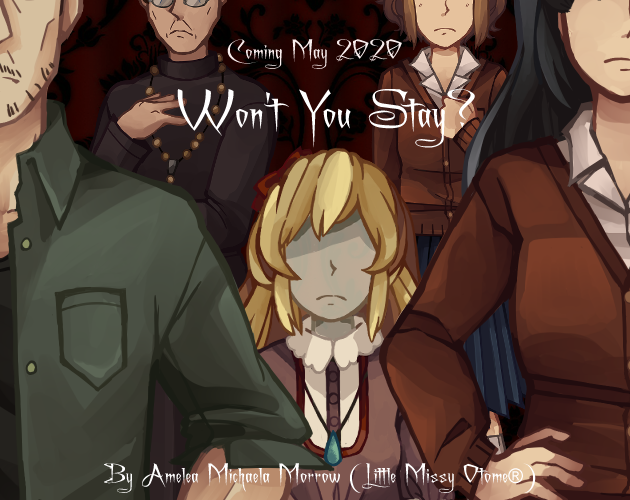 Thank you Temteno for making the sprites!

I am currently making a teaser trailer for the game, which I will be releasing very soon

Teaser Trailer for The Game!

Thank you so much! I'm glad you liked the trailer

If you're interested in playing the beta, I suggest following me on one of my social media pages, so that you can be notified straight away once the beta has been released

You can find links to all my socials on my main itch.io page here
https://little-missy-otome.itch.io/

Really nice trailer, it has a mysterious vibe to it. Also good voice acting. Very interested in this project.
https://www.socah.org
Top

drinkerofmilk wrote: ↑
Sun Jun 07, 2020 7:25 am
Really nice trailer, it has a mysterious vibe to it. Also good voice acting. Very interested in this project.

Thank you! I'm glad you liked the trailer, the voice acting, and that you are interested in my game

but we are still working hard on the beta and are pushing to have it released, hopefully by the end of this month

If you'd like to get notified straight away to play the beta once it's released, I suggest following me on one of my social media pages, by visiting my itch.io page

I apologize for the long wait for the demo game of "Won't You Stay?"

Progress has been slow due to everyone within my team; including myself; having other projects needed to be completed first before continuing work on the game.

The good news is the long wait is almost at an end, as I can confirm that the demo WILL be released next month in August and the full game will be released later the same month!

All I'm waiting on are two backgrounds to be finished and then the demo can be released!

Here is a sneak peak inside the demo game!

Follow me to get notified of the official demo release!

This looks fantastic!!! Keep up the great work. The art is fantastic and the that jump scare within the YouTube video got me haha

Can't wait to see more on it in the future!!

Btw, will there be more roles in the future for VAs to audition for?

Awesome work and please stay safe, you and your team, during this crazy time,

This looks fantastic!!! Keep up the great work. The art is fantastic and the that jump scare within the YouTube video got me haha

Can't wait to see more on it in the future!!

Btw, will there be more roles in the future for VAs to audition for?

Awesome work and please stay safe, you and your team, during this crazy time,

I'm glad you enjoyed the trailer and like the look of my game so far!

I'm still in the middle of fixing the script for the full game, so I'm not quite sure whether I will need any additional VAs for the project until the script is finalised, but if you're interested in voice acting in my project, feel free to send your demo reel to my email :littlemissyotome@gmail.com and I will get in touch with you about any future roles for the project or when I'm in need of any additional VAs for other projects I make after this one

Thank you and I hope you're doing okay too!

Thank you so much for taking the time to respond back! You're a saint! And yes, the demo looks great and the trailer looks fantastic as well

I know you're workin on it with the rest of your team. I sent you an email with my demo reels and a few voice samples. I also gave you some info on my recording set up!

If you have a Discord, we can converse there if you want! I gave you my Discord through the email I sent too!

Thank you so much again and keep staying safe, you, your family, and team!

Demo has been released

The FULL Game has been released!

You can play it here!