Hello everybody, I'm a longtime lurker and general self-promotional neophyte, but I decided that it's finally time to announce my latest project and get some community feedback about it.

Premise:
Like most Jovian colonies, 51ur8-90 isn't the type of place people intentionally visit.

It's far enough from the main trade routes that groceries cost an arm and a leg, but not quite distant enough to have any sense of frontier charm. It's where the careers of Federation officers go to die, and where wannabe space pirates go to find real jobs.

Bo Halloran runs an unlicensed repair shop on 51ur8-90. They dream of someday leaving the backwater colony, but life always seems to find a way to drag them back to their hometown. Their quiet life changes when they accidentally accept a job from the most infamous pilot in the Rebellion, and become inadvertently entwined with the Federation officer determined to hunt them down. 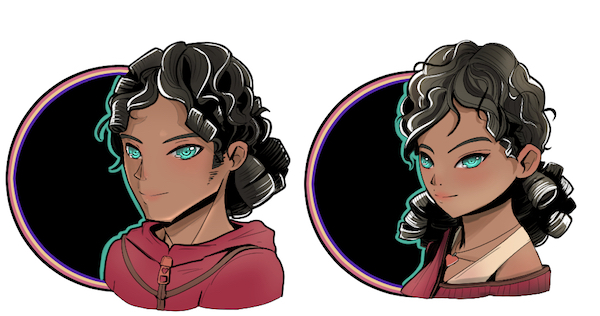 Our protagonist, Bo can fix anything* and has mastered the delicate art of avoiding legal trouble by not asking too many questions. 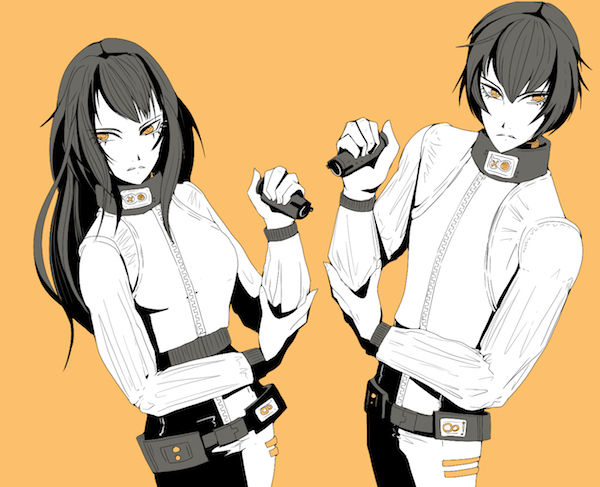 Alex is a proud officer of the Martian Federation, and the only child of an important oligarch. What would be a promising military career is derailed after an incident with a senior officer earns them an assignment on 51ur8-90. 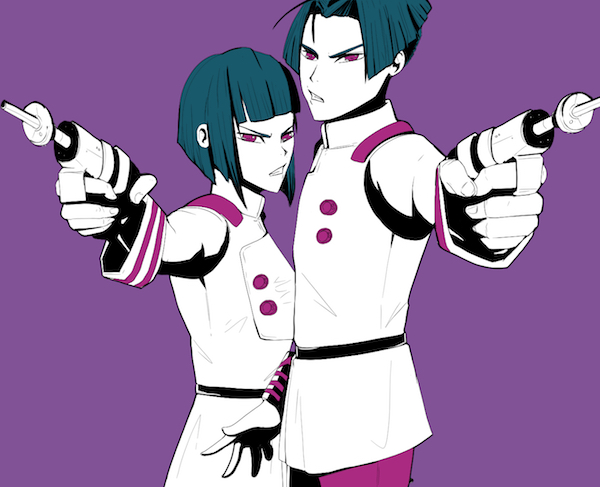 Kai is an ace pilot for the Rebellion. Despite their impressive list of military victories, they have a reputation for being prickly and difficult to work with. They manage to limp into 51ur8-90 after an arms deal gone bad, and hires our protagonist as a mechanic. 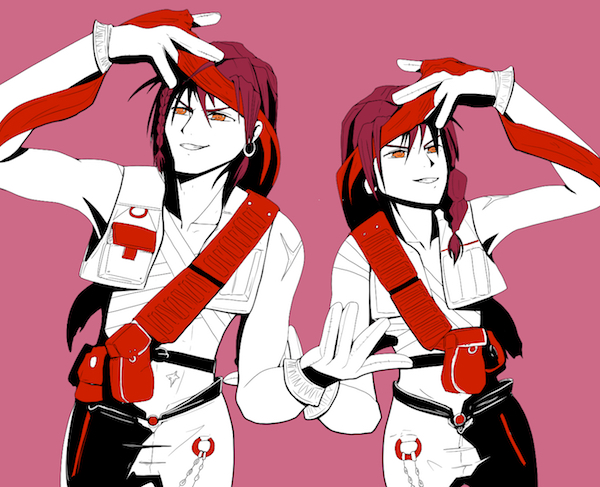 It's not unusual for people to wash up onto 51uR8-90, and for the most part, Shay's story checks out. Bo suspects Shay isn't telling them the whole truth about their past, but it's nice having some help and company around the shop.

Coming soon, watch this space for an itch.io link in the next few weeks

Overall the story is completely written, and I am working on replacing my developer assets with more polished ones. I expect to release the final version sometime this summer.

This.... is basically everything that I want in a visual novel. Especially that choice of both pronouns and presentation for everybody, yes please.

What are your first impressions of the setting and cast?: Absolutely love it. I like this idea of the setting being the boring part of an interesting world, and each character seems like they'll have some really fun stories to explore.
How do you feel about a story that combines lighthearted slice-of-life elements with more serious drama?: Sounds perfect! I like a healthy balance of lighthearted and serious elements, I think that using them together gives both of them a greater effect.
Would you prefer to have a greater level of customization over the main characters (for example, being able to select if they wear feminine or masculine clothing regardless of body type) or would you prefer to have more CGs?: This is a really hard question, honestly. On the one hand, it's amazing that we're getting even just this level of customization, and I would love being able to see that reflected in lots of cool CGs. On the other hand, extensive customization to that level would be a real treat. I guess in an ideal world "both" would be the answer but that would be a loooot of work, which I'm assuming is why you're asking this question.

I think, ultimately, I would prefer to have more CGs (I like pretty art lol) but I would love the game regardless of which one you went with.

Will definitely be following this! I look forward to seeing more updates.

hey hey I made a thing
Top

Notomys wrote: ↑
Mon Apr 13, 2020 3:32 pm
How do you feel about a story that combines lighthearted slice-of-life elements with more serious drama?

Be careful with the scope of your story. Write what you can handle. As you create your VN, there may be times when you will have to leave scenes, characters, or customization features on the cutting room floor.
Top

I wholeheartedly support this, because the choices made the playthrough so much more fluid. But be careful of the idea of handling it! The variations might be too overwhelming! =D

Zelan wrote:I guess in an ideal world "both" would be the answer but that would be a loooot of work, which I'm assuming is why you're asking this question.

You hit the nail on the head with this one!

As of right now, I'm planning on doing all of the sprites and CGs myself, which means that keeping the scope under control is an important part of this project. As of right now, my general strategy is to organize the sprites in such a way to enable greater customizability down the road, which brings up some interesting trade-offs in itself (such as adopting a simpler shading style).


gekiganwing wrote:Be careful with the scope of your story. Write what you can handle. As you create your VN, there may be times when you will have to leave scenes, characters, or customization features on the cutting room floor.

Scope creep is a real challenge, second only to the challenge of editing out a scene/character/witty dialog quip that you're really attached do, but doesn't serve the plot. I wish sublime (the program I do most of my coding in) had a feature that scolded me whenever I started implementing something that isn't needed for my MVP. As the saying goes, done is better than perfect.


azureXtwilight wrote:I wholeheartedly support this, because the choices made the playthrough so much more fluid. But be careful of the idea of handling it! The variations might be too overwhelming! =D


One of the choices that I made early in the process of worldbuilding for the story was that society as a whole had largely moved on from being concerned about the idea of gender/sexuality. This was actually a pretty difficult choice for me, as this option makes a lot of the customization options largely superficial, but in the end, I decided it was the right option to both keep the scope under control, and to indulge in an escapist fantasy.

... of course, I also decided that I wanted to add romantic/plutonic and polyamorous branches, but I never was very good with combinatorics