A place for game announcements, and for people to discuss games being made.
Forum rules
Please read the sticky before creating a new topic. Linking to Kickstarter/Crowdfunded games requires a demo. Updates to Patreon-backed games may be posted once every 2 months. Adult content should not be posted in this forum.
Post Reply
8 posts • Page 1 of 1
Message
Author 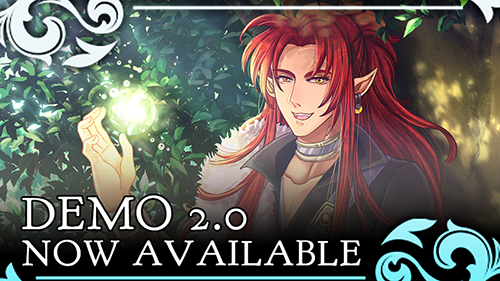 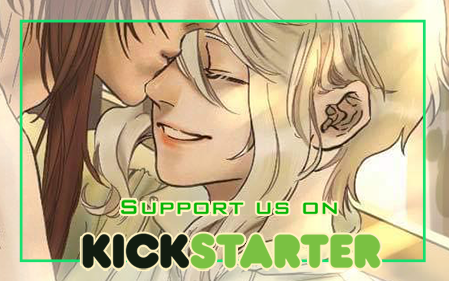 Get the demo on Itch.io
KICKSTARTER

STORY
According to the legend, once upon a time when the world first took shape, the gods share this world along with humans. At first, humanity were simple and devout, they worshipped the gods with all their heart, cherished their connection to nature and lived in harmony. However, due to rapid growth, mankind gradually gained new desire and ambition. They conquered lands, fought each other, and destroyed nature to establish their power. Disappointed, the gods then closed the door connected the realm of humans and the realm of gods, severed the connection between two worlds forever.

Nevertheless, rumors said that there were vestiges that could prove the existence of gods remained in the present.

The story of Silver Blue began with Cyan, an orphan raised by his master, Gui. Cyan had no memories of himself before he was 10 - when he was taken in by Gui. In his heart, Cyan always felt that he had no connection to this world other than his master and it made him feeling insecure. He regarded Gui as his reason to live and was ready to die for his master.

Until one day, Gui just disappeared.

When Cyan finally resolved to find his master, bizarre circumstances and people keep popping up one after another, making him bewildered about his identity and past. At the same time, the strange dreams which have been plaguing him for years also starting to become clearer...
PROTAGONIST

An orphan with unknown past and obscure identity before he was adopted by Gui - his master. Due to Gui's strict way of raising Cyan, he's wise beyond his years. He's careful with his thought, courteous, and good at discerning a person's intention before taking appropriate actions. Those are Cyan's good points and at the same time, his weakness. A few people he had met in the past felt that he was cold and not true to himself.

The rare moments he lets his real self shows are when he's with Sei or Alvis. He's relaxed when he's with Alvis, while Sei treats him like a younger brother.

Cyan fights with the short sword strapped at his waist, he could uses magic but is not good at it. He learns everything he could to please his master, but he's not interested in fighting. His hobbies are cooking and researching about herbs.
LOVE INTERESTS

A friend of Gui, and the only guest that frequent Gui and Cyan's home whenever the two of them are staying there.

Though Sei usually teases Cyan - even when Cyan is being serious, he always listens to whatever Cyan has to say. Gradually, Sei becomes one of the few people that Cyan could let his guard down when he's around.

Sei is knowledgeable and he often tells Cyan about interesting things from places faraway, he however, rarely talks about himself. And when asked, he only replies in a joking tone, making Cyan unable to discern whether it's the truth or a joke.

The hunter living deep in the wood along with his sister that Cyan encountered at the beginning of the journey. He’s calm and friendly with everyone, the only time when he loses control is when it’s something involving his sister.

Ethan requested Cyan to accompany him at the journey begins and is always zealously helping him. According to Cyan’s observation, he’s honest and not good at lying. However, he has an inkling that there’s something Ethan’s trying to hide.

The bizarre man stalking Cyan and Sei at the beginning of their journey, seems to be an old acquaintance of Sei.

Hagan is impulsive and hot-tempered, like a child sometimes. He likes to dress in gaudy and ostentatious clothing, he doesn’t even bother to hide his long ears - a sign he’s not human - even when he appears among the crowd.

Cyan’s master, a man of few words and leads a stoicism life. Gui has to travel to many places due to his job but he isn’t sociable. When there’s no job, he would bring Cyan back to their house situated at the outskirt of the forest, leading an isolated life.

According to Cyan’s observation, Gui has many acquaintances yet the only one he has ever invited to their house is Sei.

Cyan’s only friend, he lives deep in the forest near Cyan and Gui’s house.

Alvis has the appearance of a teenager but his real age is unknown. He seems taciturn, not good at communication, and doesn’t like interacting with anyone other than Cyan. Sometimes, Cyan feels that Alvis’s gaze when looking at him is odd, but he doesn’t understand the emotion hidden beneath those eyes.

Gui helped and saved Waren’s life in the past, so he sees Gui as his benefactor.

He refers to Cyan as young master and treats Gui as if he’s his real master and is always ready to fulfill their requests. Though Gui always sees Waren as a friend and treats him as his equal, this doesn’t change Waren’s behavior.

FEATURES
Silver blue is a BL visual novel 15+ with anime style, containing adventure fantasy content. As expected of us, the game will include:

♦Three love interests and their respective routes, with 10 different endings overall depends on your choices.
♦Around 150k-200k words in content.
♦More than 40 in-game Illustrations.
♦30 original backgrounds.
♦20 original sountracks (currently we have 6.)
♦OP & ED videos.
♦4 different title screen for each route.

We plan to release the main game at the end of 2021 and will update some extra stories later.

We are happily announce that our 2.0 demo for Silver Blue is out now!

Some features of the new demo:
♦Around 12k words.
♦2 new BGMs.
♦10 CGs (unfortunately 2 of them are just placeholder).
♦Introducing 3 more characters.
♦4 new BGs.

We hope you enjoy it, please let us know what you think! We gladly welcoming your feedback.

As for the Kickstarter, since it takes time to review the project and some other personal reasons, our campaign will launch a few days after the demo release time instead of 5th September as planned.
Top

Silver Blue looks great! The character designs look awesome and the traits/backgrounds of the characters are cool too. I can relate to Hagan due to his fiery personality and Gui's stoicism XD

I wanted to ask real quick if in the future, will you be implementing voice over work? If so, I'd love to audition and try out in the future with others interested!

Silver Blue looks great! The character designs look awesome and the traits/backgrounds of the characters are cool too. I can relate to Hagan due to his fiery personality and Gui's stoicism XD

I wanted to ask real quick if in the future, will you be implementing voice over work? If so, I'd love to audition and try out in the future with others interested!

Thank you for check out our project! For the voice acting, we will work for it only if we reach our stretch goal!
Top

Our Kickstarter now live! Please consider backing us as the game goods are only available during the campaign, and help our social media goal and get special art !
Top

Gotcha! Thank ya thank ya!
Top

The two unfinished CGs now done and available in version 2.0.1! Here come quick peek for those who finished the demo:

Please support us on kickstarter to bring this project to life

Hello everyone, I would like to announce that we have a new extended demo for the game, which is four times length compare to the old version.

You can read more info about it and download it here: https://bun-bo-soup-team.itch.io/silver-blue 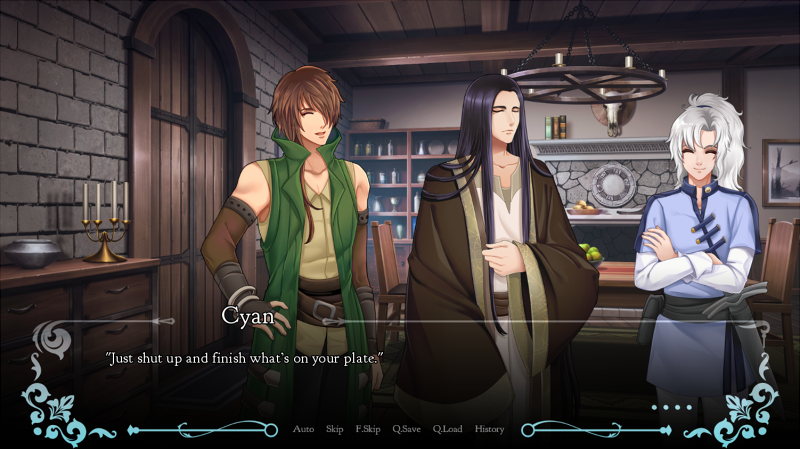 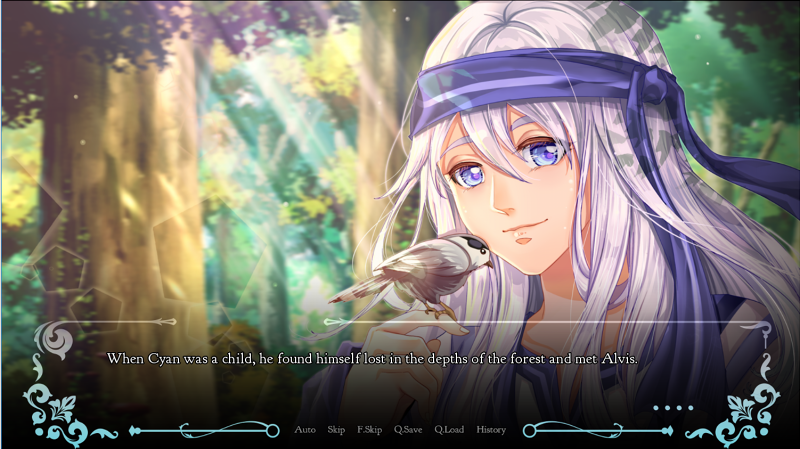 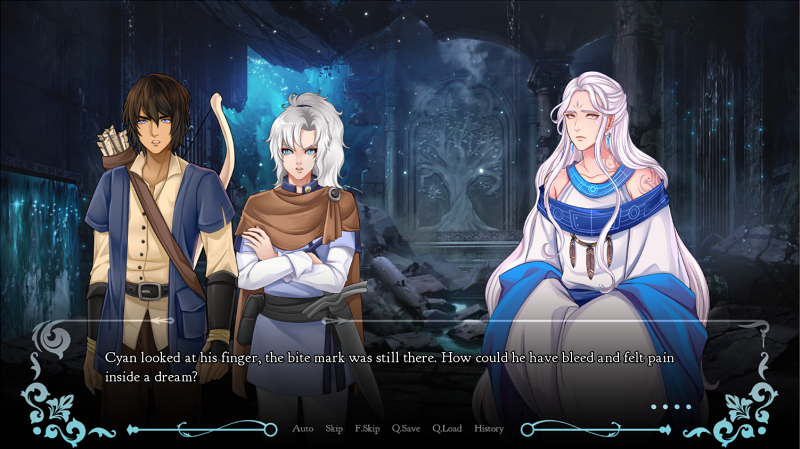 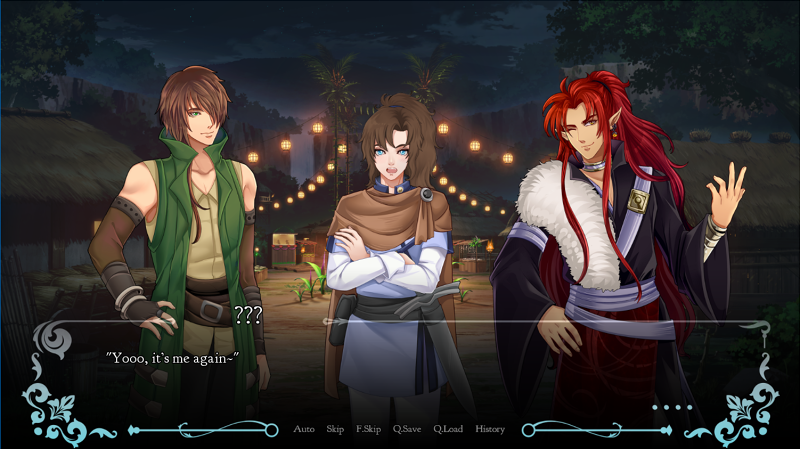 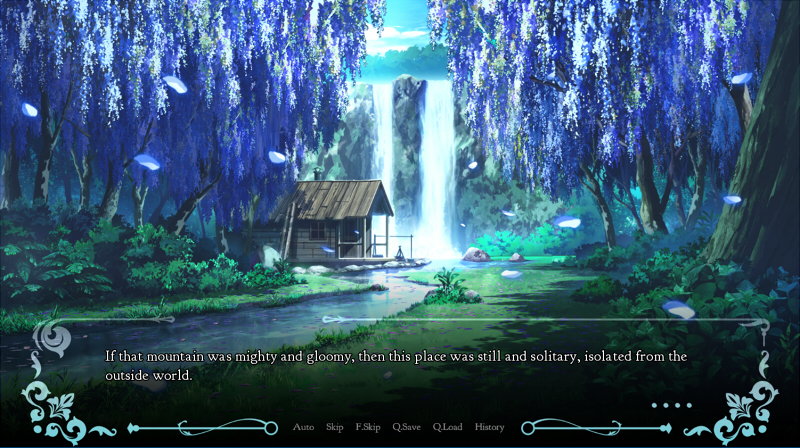 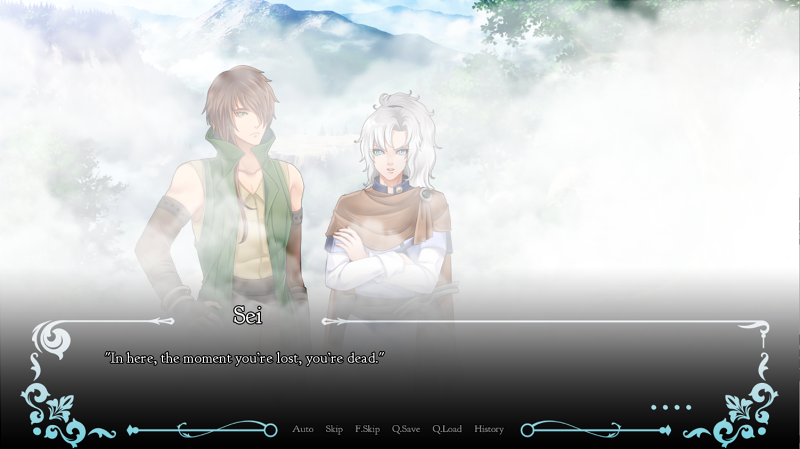