A place for game announcements, and for people to discuss games being made.
Forum rules
Please read the sticky before creating a new topic. Linking to Kickstarter/Crowdfunded games requires a demo. Updates to Patreon-backed games may be posted once every 2 months. Adult content should not be posted in this forum.
Post Reply
11 posts • Page 1 of 1
Message
Author 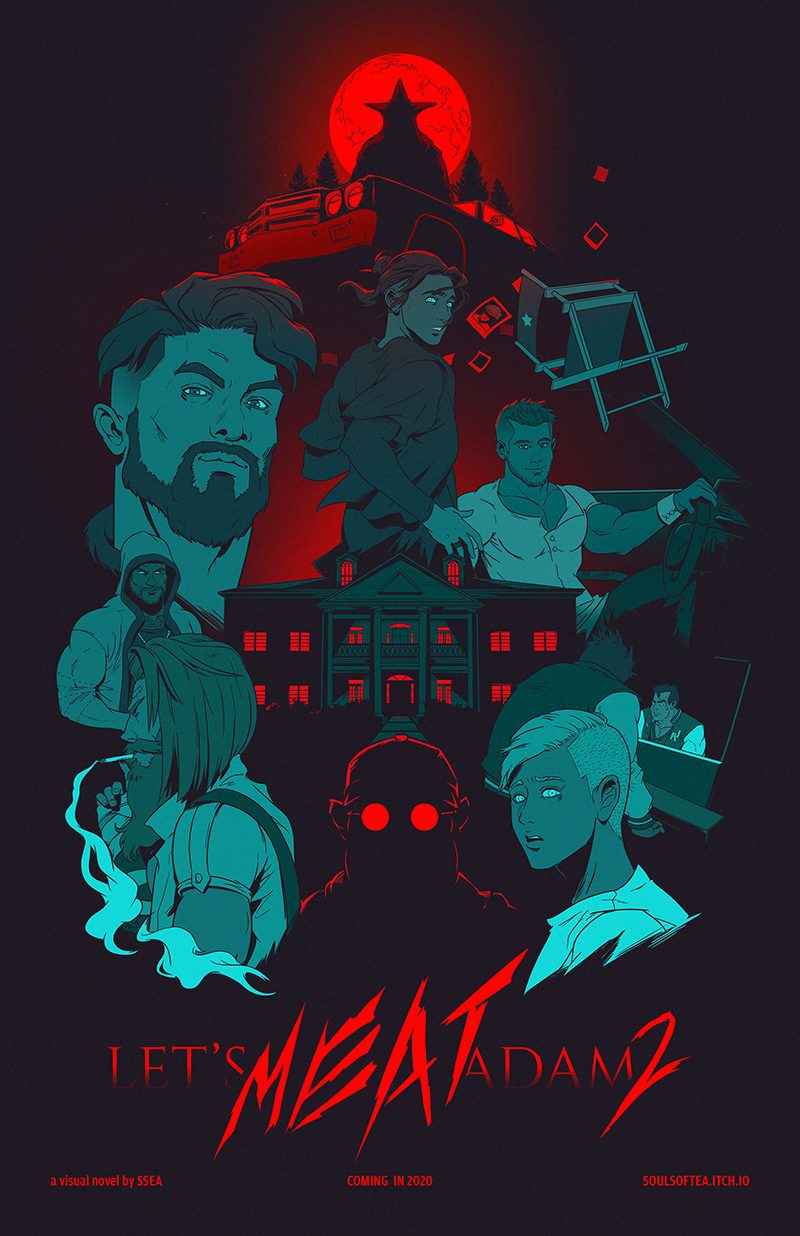 ABOUT:
LMA2 is a Gay Bara Horror Visual Novel, with murder mystery and puzzle elements; the sequel to 2017's "Let's MEAT Adam". It will be available for PC, Mac, and possibly Android in future (depending on scope/user demand).


STORY:
Inseparable friends, Adam and River, vow to stay in touch once River left to pursue an acting career in LA. When he suddenly goes missing, Adam leaves his small town life to find him.

His trail leads to the most elite gay adult film studio - “MAN-ticore Video” and its suspiciously tight-lipped Director. With no help in sight from police or River's family, naïve Adam opts to go undercover.

But once he's thrown in a cavalcade of monstrous depravity and death, what lengths will Adam go to save his friend? All this culminates to an escape room bloodbath that will drown California in the deepest, darkest red. 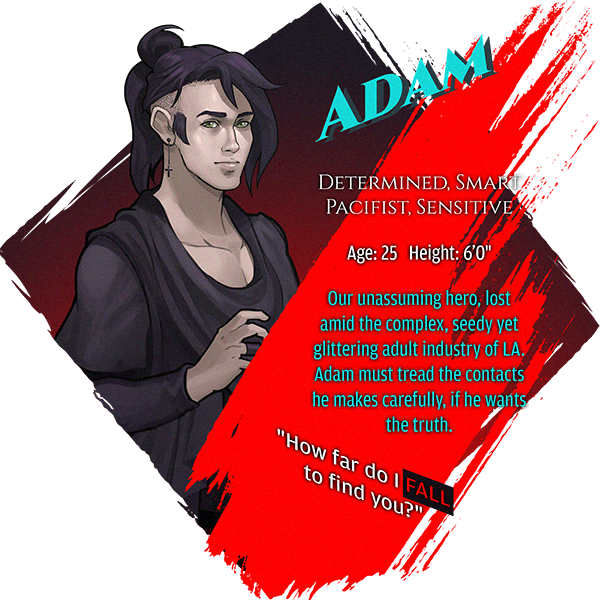 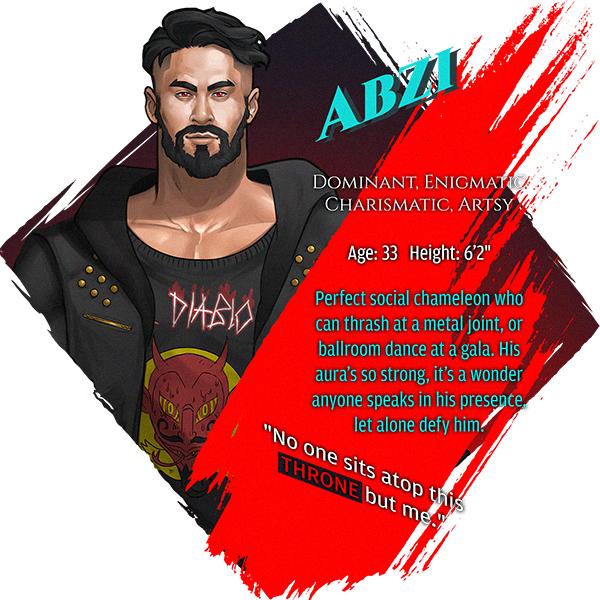 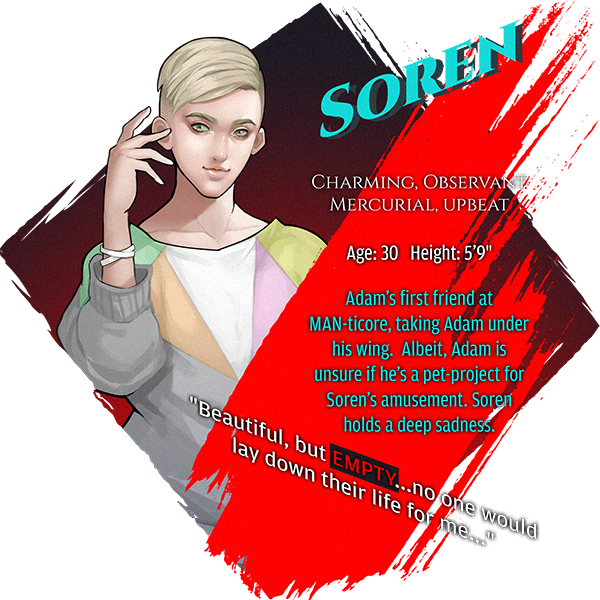 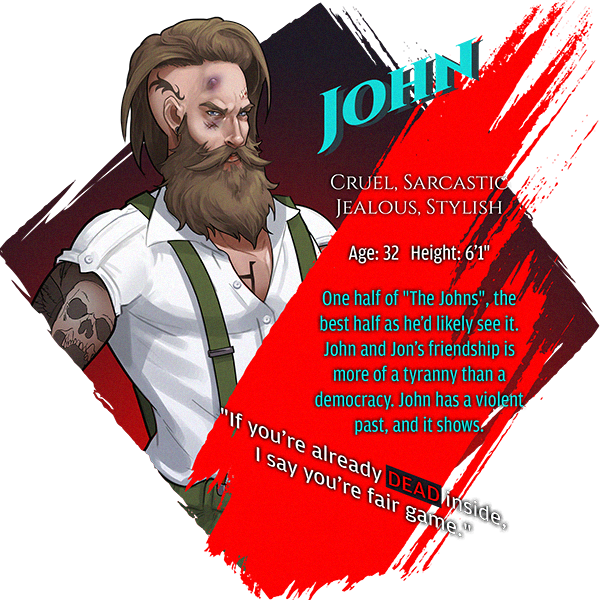 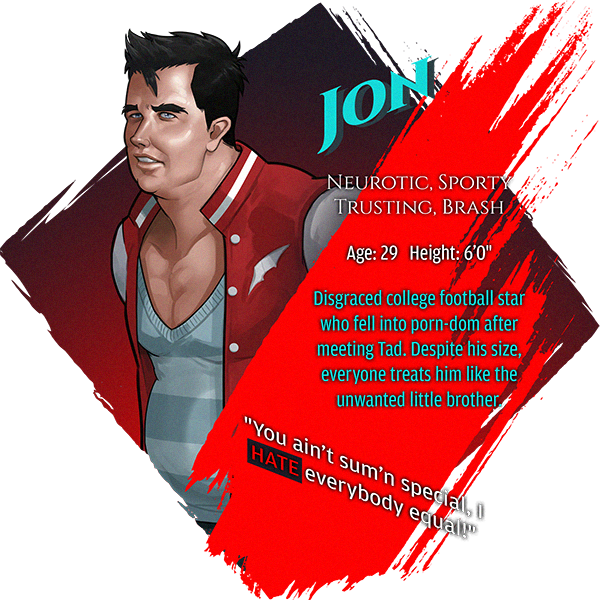 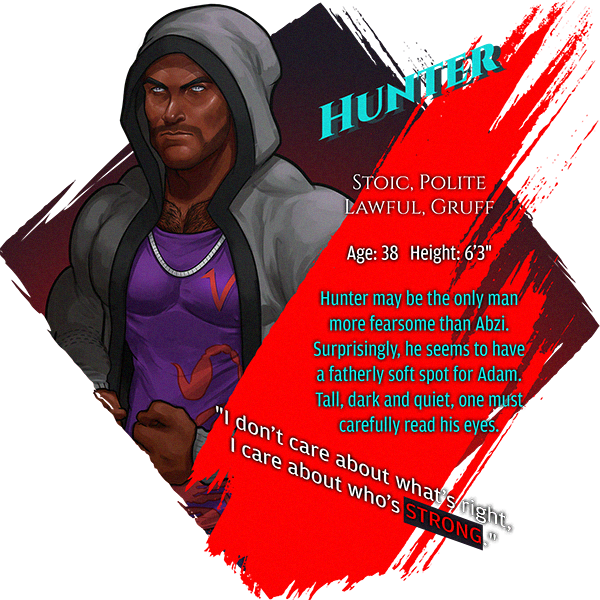 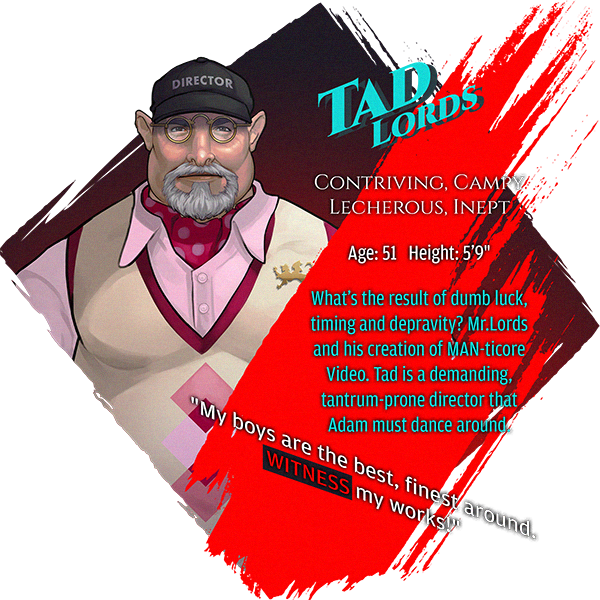 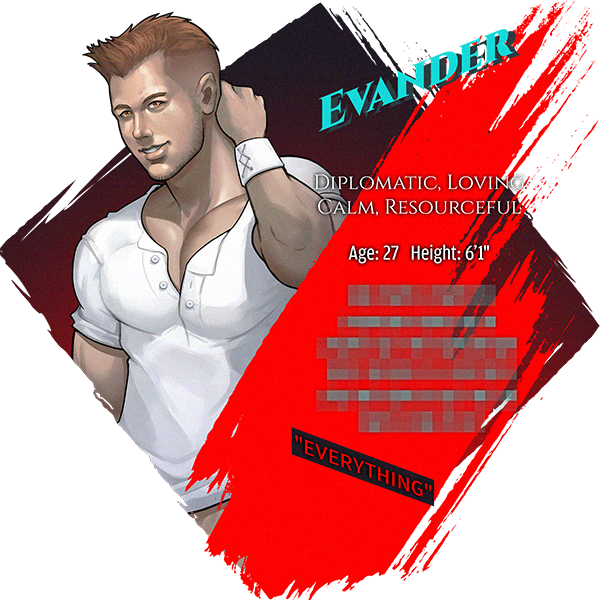 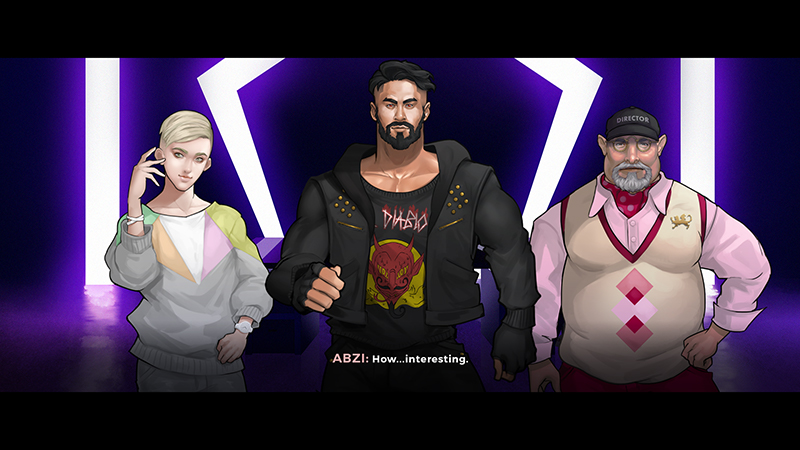 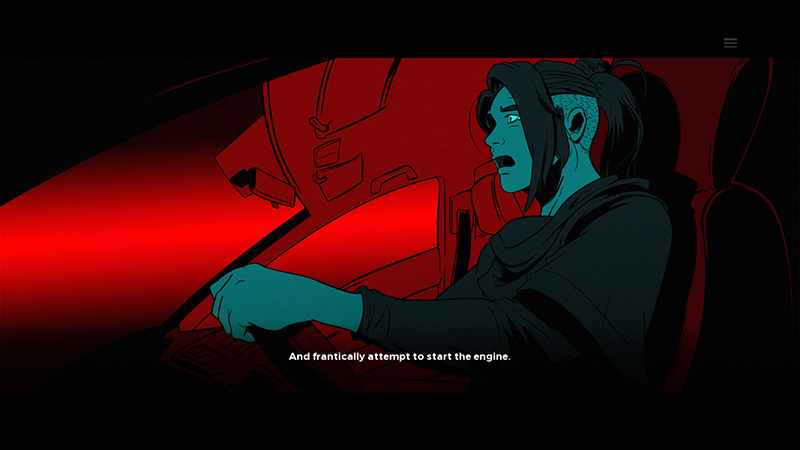 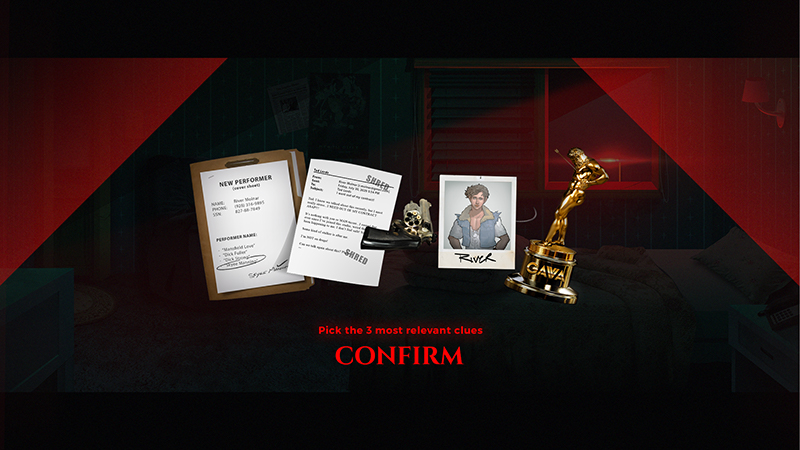 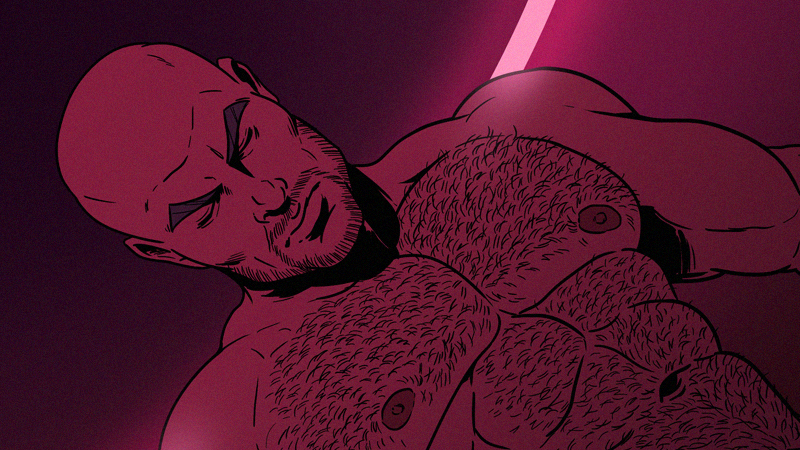 QUESTIONS (More questions will be added in future):

Looks amazing! I loved the first.

Hey Scribs! I'm so glad to hear that! I'm def excited for InBlood as well (and not just cause I did the sprites. I've been known to play an Otome or two, when 1 of the love interests catches my fancy lol)

But yes, I'm hoping the sequels proves even more horrifying and bloody than it's predecessor.

I recently joined a new team and project at work, so it's been busier than usual. I'm happy to report however, that dev on LMA2 hasn't slowed in cadence, in comparison to before said new team/project. I'm debating sharing approximate percentage completion levels for the game. Things like Script, Sprites, BG's, CG's etc. If that happens, I'll let you know and append it to the end-ish of the original post as well.

Sooo close to showcasing most of the new cast! >_<

Today I've added the final entry for all of the cast member's bios. Who is the mysterious "Evander" and what role will he play? Guess we'll all have to see and find out.

Also, (just for fun) I've had alot of fun with PortraitAI, and I decided to see what it'd do with a few of the characters from both LMA and LMA2. I find the results so interesting that I just had to share! 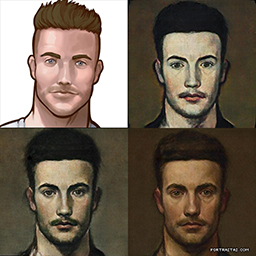 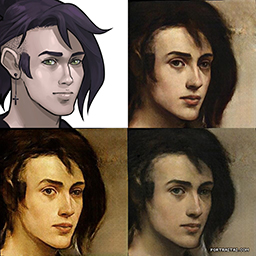 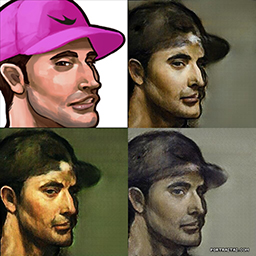 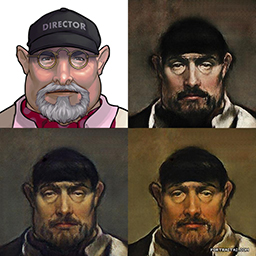 In honor of #screenshotsaturday again. I got big news: ALL sprite anims for LMA2 are done! 🥳

Tried AfterEffects versus Live2D this time round. Happy to report it works decent! Not as robust as Live2D (which is meant for animating 2D sprites like this) but my knowledge/speed in AE make up for it in the long run.

Soulsoft EA is excited to announce that the LMA2 Demo will release this Halloween, Oct 31st 2020! The official LMA2 page isn't up yet, but come and visit soulsoftea.itch.io​ or this page (which I'll update with the LMA2 page URL) on that date.​ Hope to see you there! 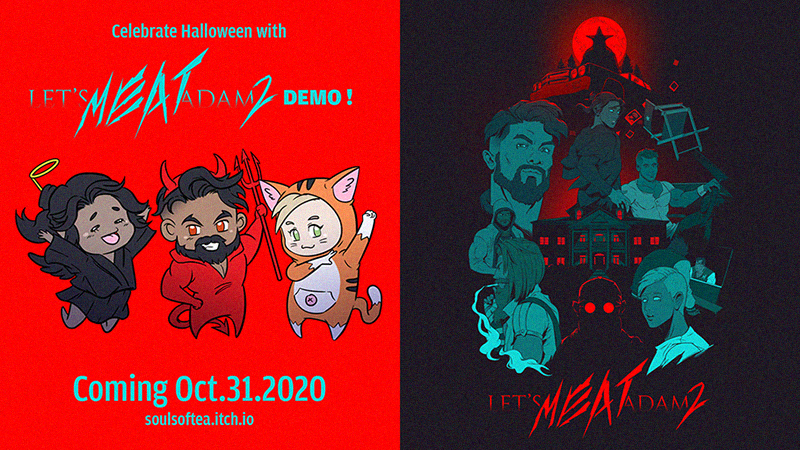 I'm impatient to play the demo! I loved Let's Meat Adam, and after that brilliant trailer I'm sold + hyped!
Do you like BL games? Then join Ertal Games' Discord!
https://discord.gg/ZUFsg9v
Top

I can't believe the demo comes out tomorrow either. These past few weeks have just blown by.

The good news, is there'll be 3 builds: Whoo hoo! I'll def post on LSF tomorrow for the formal announcement. 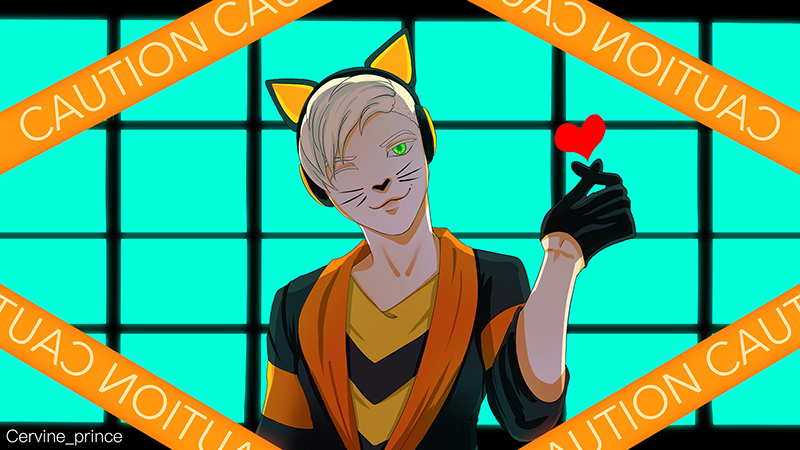 Thank you to CervinePrince for his AMAZING FanArt of LMA2's Soren; in a purrfectly suited Halloween Costume. I love it so much. This is the 1st FanArt LMA2 has received. And we all know, you never forget your 1st (mostly). Check out CervinePrinces art and Twitter here! 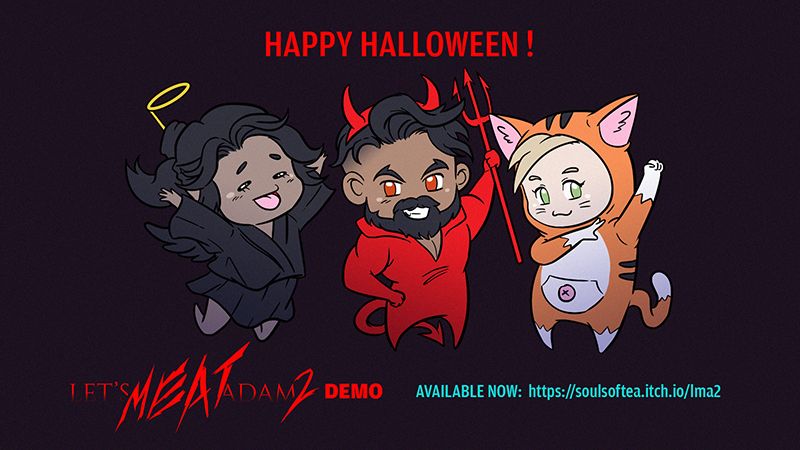 Here at SOULSOFTEA, we've been working feverishly throughout Oct to get this prepped for you all. I'm happy and humbled to announce that the...

If you loved the first game, muscles, or a moody/creepy Halloween game to play...please try the demo and let me know what you think! I'd love to hear from you. Your feedback is greatly appreciated! 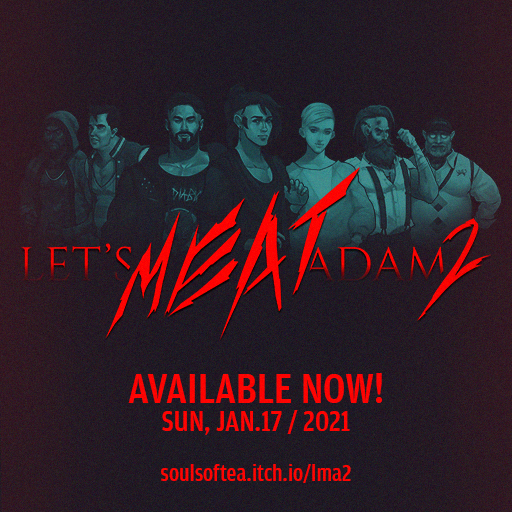 Today after 1.5yrs...SSEA is relieved, humbled, but mainly moved, in declaring LMA2 100% done.

Gamedev is my life's journey, and far from over. But I can say without ego, that this VN is the best thing I've ever done. My personal masterpiece.

Thank you to all who support me, and my dream. <3