A place for game announcements, and for people to discuss games being made.
Forum rules
Please read the sticky before creating a new topic. Linking to Kickstarter/Crowdfunded games requires a demo. Updates to Patreon-backed games may be posted once every 2 months. Adult content should not be posted in this forum.
Post Reply
2 posts • Page 1 of 1
Message
Author

1. a sudden reversal of fortune or change in circumstances

In a world filled with superhuman abilities, dastardly villains, and thrilling escapades, Eris embarks on a quest to become the world's greatest adventurer. Armed only with her spear, her unbridled spirit, and her less than enthusiastic companion Apollo, her journey will take her around the globe in an adventure that will lead her to new places, new people, and new mythos. But even among the thrills and hijinks, an ancient evil grows... an evil as old as time itself.

Peripeteia: Land of Folkore is a story-driven, character-driven visual novel inspired by world folklore and mythology (not just Greek!). It is, at it's core, a story about being human. 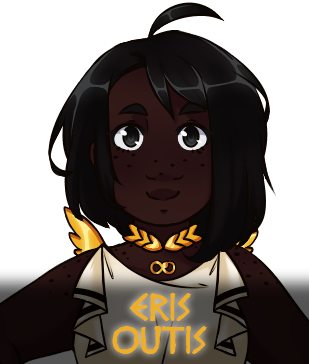 The protagonist of PERIPETEIA and the world's greatest adventurer (citation needed).

In Eris' mind, life is one big fairytale--and she's the main star! She claims to be the ideal storybook hero, but she's more akin to a small town girl with big city dreams. Needless to say, she's always on the hunt for her next big adventure.

Eris wants nothing more than to be revered and loved all the world over--whether this is out of pure altruism or egoism remains to be seen. That said, while she loves humanity as a whole, Eris lacks the capacity to understand other people individually. This tends to drive a wedge in her goals, but she's not giving up!

She enjoys chaos and mayhem a little too much for her own good... 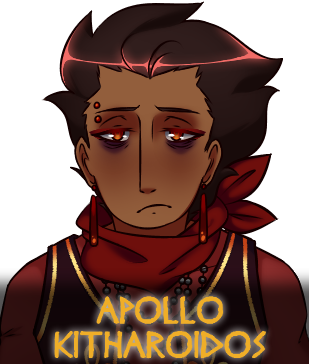 The deuteragonist of PERIPETEIA and Eris' loyal retainer (aka, a human pack mule).

An unmotivated drifter, he chose to follow Eris on a whim and has no real plans for the future. This often puts him at odds with his "liege lord" Eris. Despite his lack of conviction, he has considerable skill in several fields, including medicine, music, and archery.

A self-described coward, Apollo prefers staying out of harm's way even if it means throwing away his dignity. He's also generally the voice of reason--less out of a desire to do what's right and more to do with his pragmatic, pessimistic nature.

He seems to carry an odd bitterness towards adventurers. Additionally, he has a weak constitution.

Note: Apollo is nonbinary, and mainly uses he/him pronouns as well as she/her and they/them. 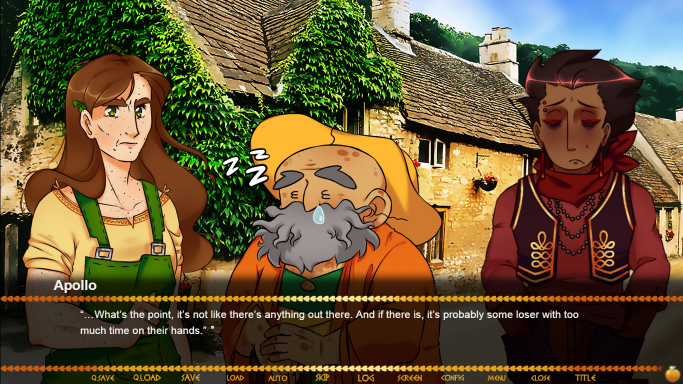 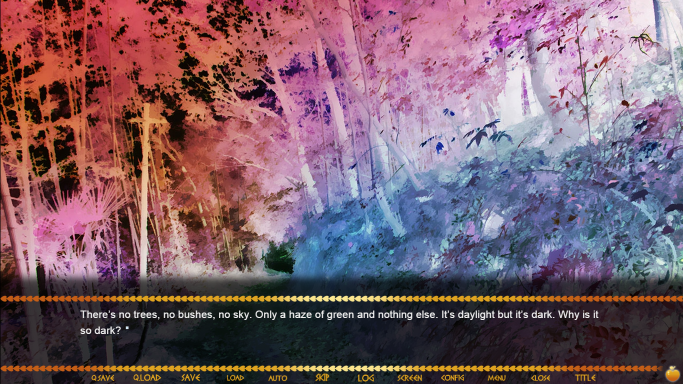 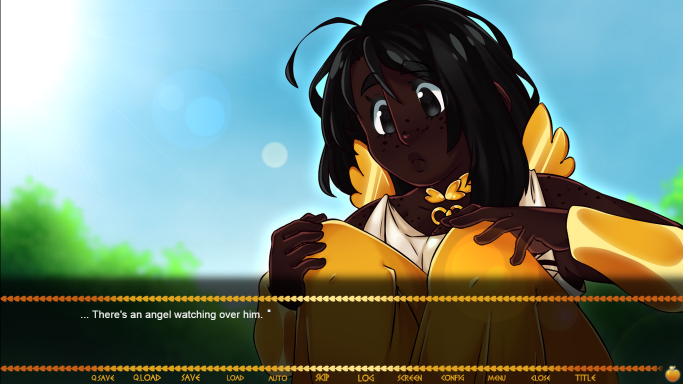 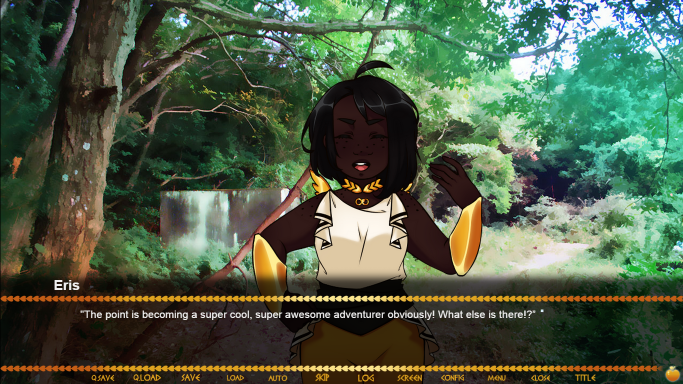 INFORMATION
Hi, I'm Snappy! As of this writing, I am the sole writer, editor, and character/CG artist. I hope to one day hire a proper background artist, a logo artist, and a musician, but I'm only a college student without a job, so I'm afraid that's something that going to be on the back burner for now.
Peripeteia is my passion project, and I'm open to criticism and tips. It's been a number of years since the last time I used a forum, so I'm a little rusty.

At the moment, I am writing the next story chapter; I hope to update around July/August. My current plan is to periodically update Peripeteia with new chapters over time. While I do plan to crowdfund one day, it's not happening any time soon.
Peripeteia was created in Tyranobuilder!
CREDITS

The art for this looks so cute! And Apollo sounds like my kind of character. Good luck with the rest of development, I'm looking forward to seeing more!