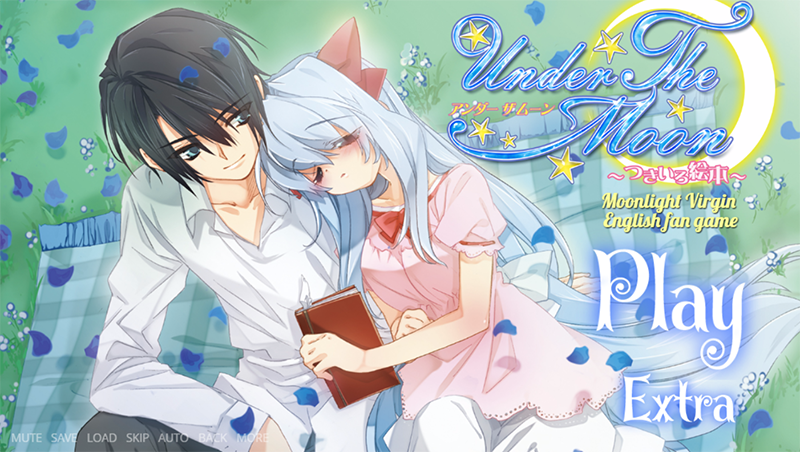 The story of the original otome game Under the Moon is about Princess Ashe. She is the daughter of the Demon king, ruler of the underworld, making her the princess of the underworld. Her father is very old and has decided that he needs to step down as Demon king. So, he tells Ashe to choose between two boys(twins) he found in the mortal realm/human world, who he deems worthy of becoming the next king of the underworld. So, Ashe’s father send her to the human world to go to school with these two boys and choose which one of them Ashe will marry and who will become the demon king. So, Ashe goes to the human world, and pretends to be a human living life as a “normal” human girl.
The story from here on out branches out to different stories, and we can decide what happens from here depending on who Ashe chooses to end up with.

This fan visual novel was created because there was no official English translation for the original game, so we hired an artist to draw character sprites and found royalty free music to make our own English version of an all ages story for everyone to play!

Here are the basic character bios from the original Under the Moon game: Ashe/Ashley:
Princess of the underworld. She is a very naïve innocent girl, who doesn’t know anything about boys or how babies are made. Leni/Lenny/Leo:
The first and oldest twin.
He is a pretty laid back nice guy who’s like the “boy next door” type. He’s really “cool” and the popular boy at school with a lot of girls crushing on him. He’s also the valedictorian of the class, and has a GPA of 3.9 in school. He’s flirty and sweet to Ashley (if the player chooses his route). Seizh/Zach:
The younger twin.
He’s a playboy at school, and has a sadistic side (S&M). He’s also cool and is popular, but he’s also a “bad” boy and is very dominant in romantic situations. He’s also very experienced with sex, and he loves to corrupt Ashley because she is so innocent and naïve. There is a lot of S&M and romantic “torture” if the player decides to choose Zach to be with Ashley. Kairu/Kyle:
Kyle is Ashley’s pet cat. He’s a magic cat that can transform into a human body, but he still has his ears, wings, and tail.
Kyle is like Lenny/Leo, where he’s very nice and laid back. However, Kyle has always had a crush on Ashley since the beginning they met, but Ashley friendzoned him and always considers him as her friend, not lover. If the player chooses this route, Kyle acts like Ashley’s manservant for their romantic route and they eventually fall in love. Sena/Sean:
Sean is a transfer student at Ashley and the twins’ school.
He is an Angel sent from heaven to get rid of Ashley and the twins before one of them can become the next demon king. He is like Seizh/Zach, where is tortures Ashley. However, he has a backstory(we will come up with our own backstory) of how he died when he was a human and how he became an angel. If the player choose his route, Ashley is tortured but eventually Sean falls in love with her and decides to renounce heaven to be with her. Zero:
Zero is a mysterious figure who does not go to school.
He is actually a very young and successful entrepreneur who owns many restaurants, and he is a young millionaire. In his story, he invites Ashley to work in one of his restaurants as a waitress, and they fall in love. In their story, they have an age gap issues and how he thinks he is unfit for her and she should find someone her own age. 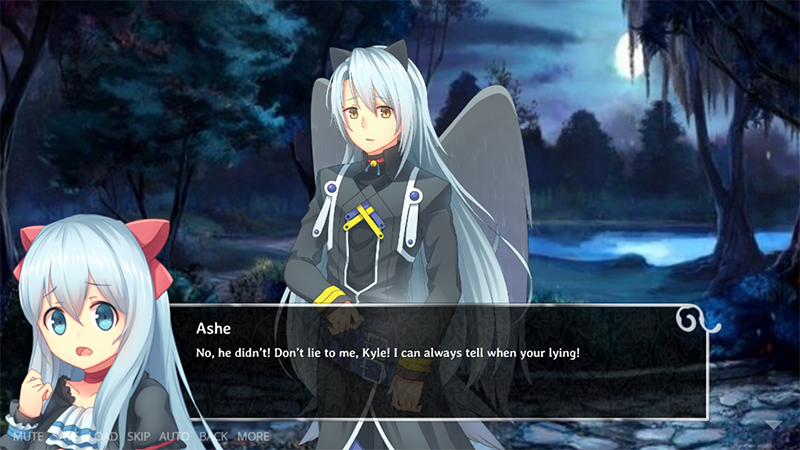 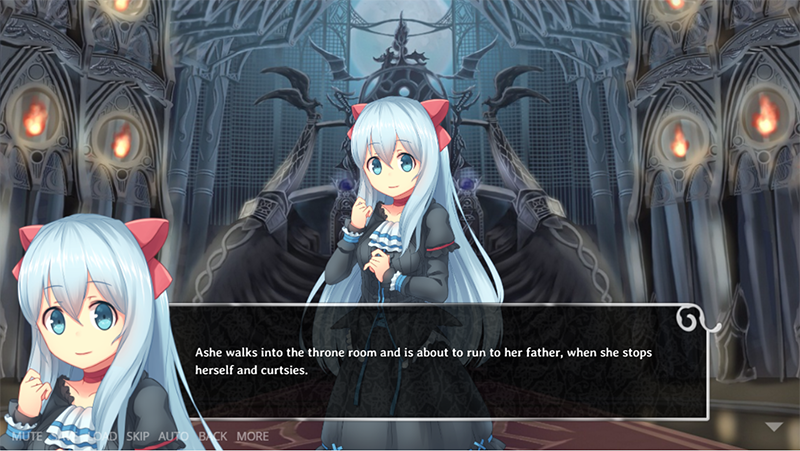 This visual novel is made using CloudNovel's online engine, and has a web/online version AND a downloaded offline version! Check out CloudNovel if you have a chance, it's free to use our engine, and your visual novels can be made for online AND offline usage!
Last edited by Sonya on Thu Mar 09, 2017 1:12 am, edited 1 time in total.

Wait, is it only a demo?
Top

This looks so cute! The art looks amazing and the story sounds very interesting and fun!

What's the release date of the full game? And also, there is any +18 content in this?
Top

Wait, is it only a demo?

Yes this was only a demo, BUT I think it's inappropriate to post this in the demo section since the online version will be updated to have the full release eventually. I thought making a thread in the demo section would be silly since we are releasing/updating this visual novel in parts anyway. We might actually never finish it if this becomes popular and people will want the series more and more..

As for the downloaded demo, uh, there are a few bugs that I found out, and I fixed it on CloudNovel's online AND offline engine, and I will downloading a new version of the Moonlight Virgin DEMO visual novel with the bug fixes.

As of now, it's a tentative "demo". Not really a demo release, since the online version is the final version that will be updated little by little.

What's the release date of the full game? And also, there is any +18 content in this?

Thanks so much, I'm so glad you like it! Uh we have no release date, we're not sure when we will finish it completely but we plan to add a new chapter every week or so.

There will be a mature version and a regular version, and the online version you are playing now is the regular all ages version.

IN our mature version there WILL be mature content. So beware!

EDIT:
Also to people complaining about the back button restarting music, I JUST fixed it so it doesn't restart music anymore. Enjoy everyone ^w^

You are an angel sent from heaven! I have been wanting to play this game in English for years, and, now I finally can. Thank you so, so much!

I've moved this to the demo section, since it's a demo. A new thread can be posted when it's finished.
Supporting creators since 2004
(When was the last time you backed up your game?)
"Do good work." - Virgil Ivan "Gus" Grissom
"Silly and fun things are important." - Elon Musk
Software > Drama • https://www.patreon.com/renpytom
Top

OOOPS I'm so sorry, I just covered it up. I didn't realize I revealed too much there ahahaha.

Anyway thanks I'm glad you like the game so far.

Hey guys Leo's first scene has been added (where we get introduced to Leo) make sure to check it out and tell us what you think!