@sasquatchii, haha that's quite a mix you got there!

And yes, it's a little creepy because it is staring directly at us and also because of the uncanny valley effect (often due to how eyes are painted)
Otherwise, good luck for your quest toward the mastery of skin painting

Nice design! Your monster is like a Pokemon because of the shading ^^

;
I can say that Dogzilla gave me hell!

@kohaku What on earth is that? It looks freakin cool, except I'd be terrified of riding either.

hehe, as railgun said it is a golem, well at least my version of a golem fighting a squid like monster, basically i envision a mystic tribe living in/on a sacred tree that empowers the golem to move, they travel throughout the land imparting their wisdom as they are highly revered.

@Duskylli: I can just imagine it floating on the wind and wherever it lands next is a welcomed tea break, before floating off to another encounter, very alice in wonderland like.

@ crestforge: ah man! loving the expressions, they are priceless, it gives me fond memories of playing ff7 and the chocobo races at the golden palace, i have a sudden urge to go chocobo racing

@Kohaku, that's some epic battle going on there!
At first, I thought the monster with the tentacles was flying, because of the gradient of blue. Don't hesitate to place things on top of each other (like the golem's right hand on top of the creature's tentacle or vice versa, depending on what is nearer the viewer). It would create more depth!

sweet! i didn't even notice it, i'm always looking for critique, gave it a quick paintover and it looks/reads a whole lot better, i now have the tentacle crushed in the golems hand and the rest of the tentacle wrapping around the golems arm, thanks.

@ sasquatchii: makes me think of a bear and ewok cross, quite mesmerising ( looks up uncanny valley effect)

@ Mothball: welcome, hope to see more of your cool concepts.

This is my submission, not quite finished but i needed to post and be on time for once

, i listened to sycra and friends on youtube while i worked, so i guess their humour seeped through into my happy accident concept.

@Kohaku, is your pet monster a reference to something? I have watched a Sycra and friends vid and it was nice! In the same vein, do you know Level Up! sessions?

As for this week's subject, let's try something less literal

@Railgun: Nope, why....what do you see? you've made me curious now

i wish i could say i had a story in mind when making this but i don't, i just made a lot of monster silhouettes, picked the one i liked and a happy accident occured of having it's hand around its nose which i really liked, and everything else just fell into place.

I should point out that the green seat is just that and not a potty, my niece and her 1yr old son are staying with me at the moment and he has this exact booster seat type thing.


do you know Level Up! sessions?

i just watched the first session and WOW are they good and really helpful, once again thank you for this as i think this is just what i need

i feel as though i need to repay the favour somehow.

I've been waiting for this, less literal is so much more interesting 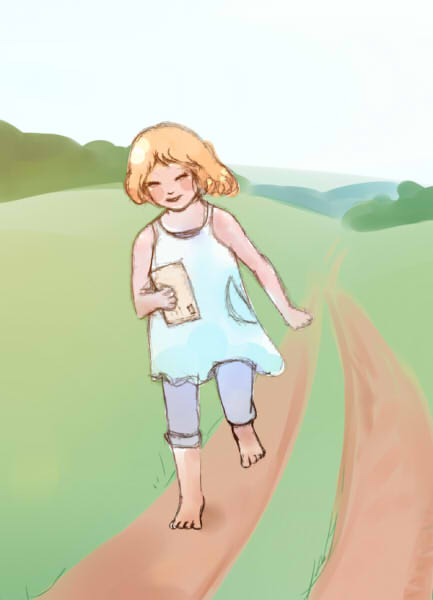 urgh, couldn't think of something.

Anne wrote:I've been waiting for this, less literal is so much more interesting

Isn't it? Don't hesitate to suggest a theme if you've got something in mind!
And nice idea btw. I had something similar in mind so I decided to change after you posted

@Duskylli, that's kinda sad but since it's about hope, it's okay I guess

@unknown5, now that's heartbreaking x) I was wondering if there was someone who'd use "drugs" as an interpretation.

Okay so here's a very fun collaboration done with Kohaku!

That's funny cause zombies were my second idea.
Top

I didn't get a chance to comment on some of the previous entries, so please forgive me for writing so much!

@Mothball: Your monster is seriously awesome! I'd want to pick it up and squeeze it, but I wouldn't, because it looks like its got a serious case of the grumpy-pants.
@Railgun: I love your monster & your 20ml of hope entry!! Seriously envious of your coloring/painting abilities right now. Just curious, but how long have you been drawing for? What did you do when you were first starting out to improve?
@kohaku: Your monster is so fun!! He reminds me of an armadillo, for some reason? And he seems like such a rascal.
@Anne: Awww, your drawing is soft & sweet! It seems like it's telling the beginning of a story.
@Duskylli: Nice! Did you use a pencil to draw that? If so, what kind of pencils do you use?
@unknown5: Red death!? That is terrifying. I'd steer clear of any doctor that prescribed me that.

Also, here's my entry. It's a little messy/unfinished because I didn't get to spend a whole lot of time on it as I was out of town for most of the week! But I really wanted to do this one and I tried my best.

I don't know how much 20ml is, and I was too lazy to google.

sasquatchii wrote: @Duskylli: Nice! Did you use a pencil to draw that? If so, what kind of pencils do you use?

I use a Goldfaber HB pencil from Faber Castell. Its naturally quite light but if you go over the same area a couple of times you can get it to go quite dark without applying extra pressure. I didn't buy it specifically for drawing or can compare it other pencils (I don't draw a lot) but it does the job. Last week I started to do tonal & shadow sketches from anime and photos to improve lighting and shadow shapes when I get around to colouring. I'll attach a pic so you can see how dark it goes. But my friend who is much more knowledgeable in art than me recommends charcoal or graphite sticks for beginners. Anyways nice pic! It has a vintage storybook feel to it :3

That's a peaceful little pic you've got there. I like the glowiness and random stars.

Railgun wrote:I was wondering if there was someone who'd use "drugs" as an interpretation.

No pestilence had been ever so fatal, or so hideous. Blood was its Avatar and its seal--the redness and the horror of blood. There were sharp pains, and sudden dizziness, and then profuse bleedings at the pores, with dissolution. The scarlet stains upon the body and especially upon the face of the victim, were the pest ban which shut him out from the aid and from the sympathy of his fellow-men.
- Edgar Allan Poe, The Masque of the Red Death

if no one's picked a topic, then how about

can be literal, figurative, whateva.

information wants to be free, yo.
Top
Post Reply
211 posts