Sooo... this escalated a bit. I wanted to draw something quick, but then I liked the sketch too much to just leave it at that. °__° So it evolved into some kind of full-blown artwork - and im quite happy with it, actually! The only thing that kinda bugs me is the treasure chest, which looks like it's floating... ah well.
It's a bit late now, but I really didn't expect to take so long. "orz (Well, to me it's still sunday anyways because I haven't slept yet. :'D)

This is pirate captain Hibana. ( ･ω･)ﾉ She sails the rough northern seas of my world in search of treasure and adventure. While she's not exactly harmless, she's not a particularly violent pirate either - she'd rather steal shiny gemstones and jewelry than get herself dirty with blood, although that can't be helped sometimes. Hibana doesn't like to wear her pirate hat unless necessary, so she's wearing a headband most of the time.

It's been ages since the last time I drew her... I had a lot of fun!
This is a pretty cool thread! These forums in general are such a nice place, yet all I ever do is lurk and I'd really like to change that. Maybe those weekly challenges will motivate me to participate a bit more. (ﾉ^o^)ﾉ

Wow, this thread is great! I love seeing everyone's drawings! All your pirate themed ones are great.

For the theme this week, I threw together a quick gun-slinging, job-hating barmaid.

Scenery is Infinity Cove by Runtime DNA; characters are Sheriff Hay Billy and his horse Tumble Weed, by 3D Universe. Here they are seen while travelling through Uncanny Valley

I've tweaked some surface settings to make the figures look a little more toony. There's still some geometry intersection here and there, but I believe the overall result is not bad for a quick study.

Click on the thumbnails for a full size view.

I wanted to avoid the hats at all costs. Well, it apparenty costed the "Wild West" feel to the picture. The man is a barkeep and the woman is a professional gambler, and they are secretly a couple; because getting your poker challengers alcholized before going against them seemed like a winning strategy that could cause a riot in the salon. X)
☆☆☆
(portfolio)
☆☆☆☆☆☆☆☆☆
Top

Here are my entries for this week's wild west theme and the pirate theme for last week. I forgot to post last week ahaha.

Last week I was trying to do clean lineart. For this week I'm trying to improve posing the same character and making sure the character is not off-model. Proportions are off though, now that I look at it - head is too big on the left. But I think it's progress! I'm becoming more comfortable with posing characters since I've been studying animators sketches haha.

Oh sweet! nice to see this back 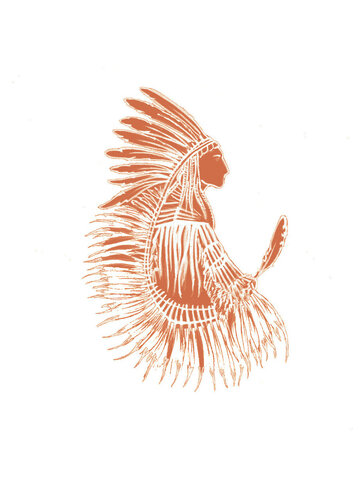 My quick entry for this week. :3

ps: That hat is a pain in the butt to draw.

I don't know what day it is in your country, but here it's still sunday, so I'm still on time 8'D
This theme just..isn't my thing X'D

The only idea I had was bright, hot colors, so I did something in around 15 minutes Here's my entry for this week's theme! I wanted to do more, and have an entire set of cowboy gear, complete with boots & spurs, lasso, gun, etc, but due to work, life, & my sunofes game, I ran out of time.

What should our next theme be? It can be anything, there are no bad ideas, so please anyone feel free to jump in and call it out!

sasquatchii wrote:What should our next theme be? It can be anything, there are no bad ideas, so please anyone feel free to jump in and call it out!

How about "youth"? It's something everyone can understand and convey their own way! ^^
Hidden Masquerade

sasquatchii wrote:What should our next theme be? It can be anything, there are no bad ideas, so please anyone feel free to jump in and call it out!

How about "youth"? It's something everyone can understand and convey their own way! ^^

Youth sounds awesome!! I really like this one since it leaves tons of room for interpretation & will be greatly different for everyone

I'm changing the main post on the first page to reflect this new theme, and will post again tomorrow with a reminder that Youth is the new theme!

I'll admit I rushed this one, my computer has been acting weird the whole day D: Buuut I don't wanna fail on submitting a weekly drawing! (I know it'll be good for me in the long run).

Nooo, I'm late again! At least not as late as last week, though. ^__^; So what's my excuse this time? Well, I've felt pretty crappy until yesterday and got absolutely nothing done because I had to focus on surviving this terribly hot weather. Summer is slowly killing me.

Thank you! <3 I'm happy to hear that!
Your barmaid looks equally beautiful and tough, and I love her disapproving look - like she's eyeing the drunken customers and thinking: "Don't you idiots dare to make a mess again!" :'D

sendo - That's a very cute girl! ^__^ I like her hairstyle, it's simple but fitting. Your attempt at that rather difficult angle on the left looks pretty good to me, though I'm really no expert and struggling with this kind of stuff. (;´・`)>

Anne - Definitely an interesting style, he looks pretty cool! I could almost imagine this on some kind of crest or emblem! I like the color you chose. (*´・ｖ・)

Kuroonehalf - She looks very pretty and I love her expression! I also like how you did her hair! (｡･ω･｡)

Didules - It looks quite nice for something you did in just 15 minutes! Sunsets immediately come to mind when I think of Wild West, so I think those colors are very fitting. :3

...
Soooo, my entry for this week is very sunset-ish too and looks a bit more dramatic than it actually is. :'D
The boy on the left is Sheriff Ryouichi, as confident as always and enjoying himself quite a bit. The girl on the right is Bandit Shiori, super-nervous and actually not that happy to point a weapon at her senpai - I guess she'd rather hug him than shoot him. (；´д｀)ゞ
That's right, this little scene is just a play performed by the theater club members, as evidenced by the wooden floorboards of the stage. Shiori has a bad case of stagefright and isn't really that fond of theater either... she just joined to get closer to senpai Ryou. Too bad he's not interested in romantic relationships - according to his own words, the only important things to him are the club, his pet cat Makura and eating sweets. Σ（￣□￣；）

I had a lot of fun with this one too! I loooo~ve thinking up little scenarios like this! (≧∇≦)/

There was so much I wanted to draw that I decided to make it as simple as I could, but with as many meanings as possible.

I could probably do a text-wall to explain the picture, but the drawing is at least a little bit self explanatory.

PS: If you don't know it, check out The Little Prince, this book is definitely worth it! (The movie is also quite good, but since it's been released today in france I doubt it's also been released somewhere else)
Hidden Masquerade