What do people want from a sprite dollmaker?

What do people want from a sprite dollmaker?

I posted a Renpy based dollmaker to the Creative Commons subforum a little while ago but didn't get any replies, and am wondering if it's worth working on further.

So: What would people find useful in a dollmaker specifically geared towards making Renpy Sprites?

And specifically, what would make my dollmaker more useful? (Asides from better art

Right now It's a little fiddly right now to create unique images, since you have to run a python script. But recreating the dollmaker in javascript or whatever to output transparent pngs would be a fair amount of work, so would anyone actually use it?

Would it be helpful to just have an expression maker? People could make a sprite in a regular dollmaker, erase the face, then layer the transparent expression pngs over the top in Renpy. 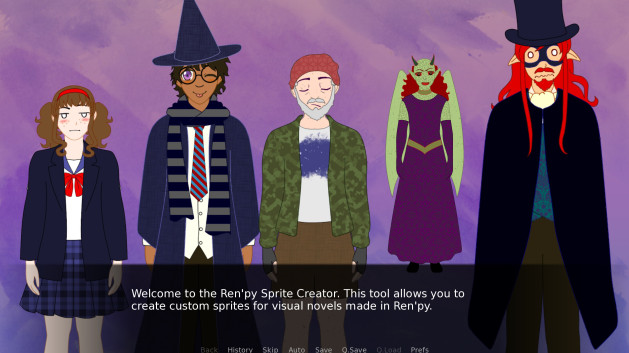