When four high school students go missing after exploring a local haunt spot, Mythology teacher Thalia senses that supernatural forces are the real cause of the disappearance. Too busy (or perhaps lazy) to investigate herself, she bribes her apathetic TA to examine the scene for clues. Lucas approaches the task with his usual sluggish indifference, but even he is astounded by what he uncovers. I'm using free assets for this game, released under the CC BY-NC 3.0 license. 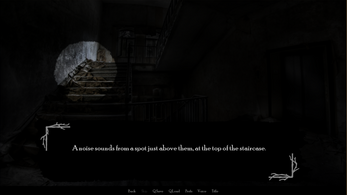 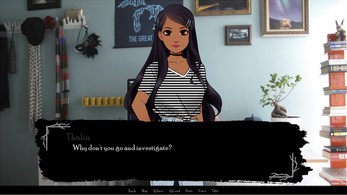 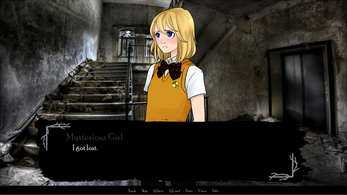 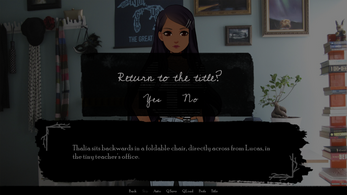 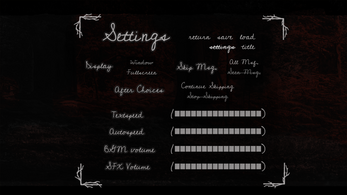 This looks cool! I love mythology, and that protagonist seems super relatable, haha. I'm interested to see where this goes!

Ha, I adore your characters! This seems cool even with the limited information. Good luck! ^_^
hey hey I made a thing
Top

I'm very interested in seeing this project come to live. I have to mention that Thalia is gorgeous! Good luck : )
Top

Thanks! Lucas is me on a bad day x10. I'm glad (and also sorry) that you can relate.


Zelan wrote:Ha, I adore your characters!

Haha, thanks! Character creation is my favorite part of the writing process. =D


Kagiprojects wrote:I have to mention that Thalia is gorgeous!

I think so, too! Shida's sprites are the bomb.

---
As for the game's progress, I've completed the script, added the sprites/expressions, and plugged in the GUI and gotten that all working. I'm currently feeling the sting of "I want to add this feature, but I can't figure out how to get it to work". I've worked on the script and done simple coding for other visual novels, but this is my first time tackling the complex elements of VN design. '>_<

Below are a few screenshots (aka proof that I'm not totally incompetent). It was impossible to pick ones that were both interesting and without spoilers. Sorry. Sorry to hear you're having trouble with some of the features! Ren'py programming is something you get better at with time, but like all programming, it wants to fight no matter what.

Hopefully there's some people on the forums who can help you out?

It sounds like you're almost finished... or do you have a lot of stuff you still want to add?

It sounds like you're almost finished... or do you have a lot of stuff you still want to add?

Thanks! And the script is very short (around 2,500 words), so it's really not that big of an accomplishment. ^^' It's a very unambitious project.

---
Last week kicked my butt, so I wasn't able to work on IC as much as I would have liked, but I did add a credits screen, all of the SFX, and a flashlight effect to the opening scene. Watch a video of it here. (The "???" are a group of teens. It's confusing now, but I'm going to add voice acting so you can differentiate between them.)

Speaking of voice acting, my friend is going to provide all of the male voices while I tackle the female voices. Don't worry--I'll add a feature so you can turn them off if English VO irks you. If you want a preview of the protagonist's voice, listen to some of my friend's bloopers here.

After I record and add my lines, all that should be left is adding BG music and then play-testing stuffs. Yay.
Top

So... I think I'm done. However, I'm going to give myself these next few days to ruminate and add any last minute changes I can think of.

In the meantime, enjoy this video featuring the first few minutes of gameplay! If you have any constructive criticism or you notice spelling errors, please feel free to comment.

Is it too late to rewrite the entire script? Yes? Well, I guess I'll just have to release it as-is then.

Yay, congrats! I'm gonna be super busy for the rest of the month but I will hopefully be able to play it in April. ^_^
hey hey I made a thing
Top
Post Reply
10 posts • Page 1 of 1