I think that this project, more than any other I ever did, needs some explanation.
This short visual essay was created for NaNoRenO 2018, which was held in the month of March.
Our first plan was to create side story, for my main project, The Tower.
But the March was too harsh to us, and the original plan had to be discarded.
Out of our disappointment we surrendered to pure and unplanned creativity, which gave birth to this small project.
Ruchie, in few moments drew the bamboo, inspired by the Ghibli movie "The Tale of the Princess Kaguya" which we saw that evening.
I (@pwMoti) completely rewrote and translated one of my older essays and then put those two unrelated pieces of art together. 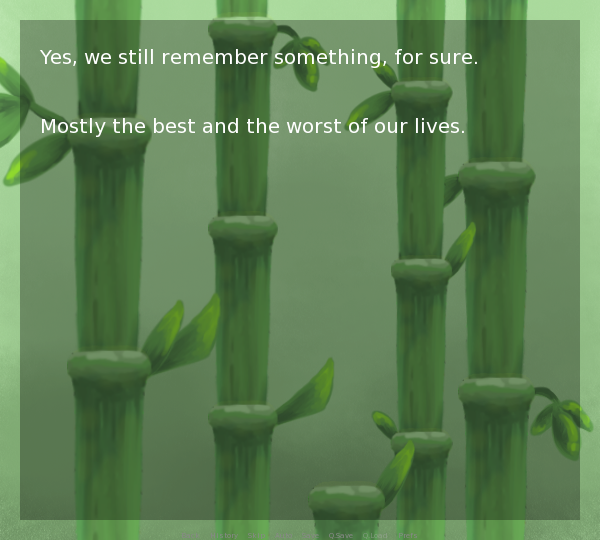 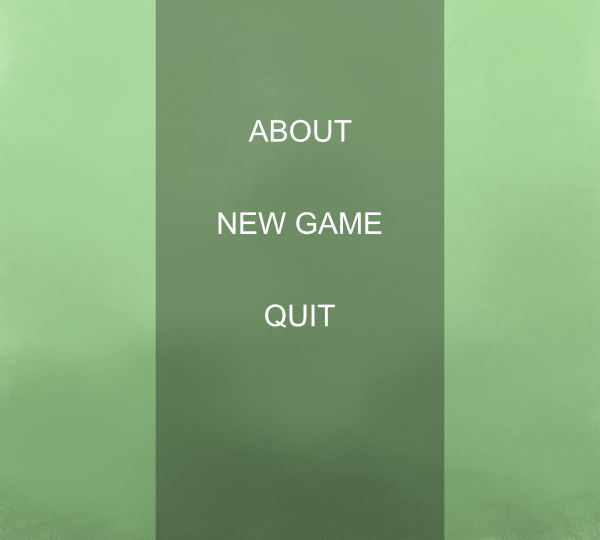 BACKGROUND STORY
As the legend goes, “In the last battle of Great War between demons and humans, The Demon Lord, on the verge of his death, used the rest of his magic to create a tower, one so high, it cast a shadow over the entire battlefield. He then hid at the very top, where he still rests, gathering strength to continue the war once again."
It's hard to tell if it really happened this way. It has been many years since the last hero of Great War passed away, the stories fading away with him. But it can’t be just a fairytale. After all, the tower still stands and it has been declared the last unconquered territory of the demon race.
For centuries, this tower has been full of traps, monsters, treasures, and mysteries and continues luring adventurers from all around the world. And in front of its entrance, a small town was built to support all those who are brave (and stupid) enough to accept tower's challenge and venture inside.

THE GAME’S PLOT
It’s 400 years after the creation of the Tower. The young boy, just like many adventurers do every day, is arriving to the Nearest City with a dream. His goal is to become a famous adventurer who as the first in the history of the mankind reaches the top floor.
He discovers the unique rules and the general nature of the city. He register in the adventure guild, find a cheap inn to stay and after some preparations he steps into the Tower for the first time.

MY EXPECTATIONS OF NANORENO 2018
Hi, I’m Emil Gašparec and for a few months already I’ve been working on my top-down zelda-like game which I simply call “The Tower”. I did some programing and drawing but I still don’t have a single character or a line of dialogue.
That's why I would like to expand this part of the project in this stand alone visual novel.

RECENT PROGRESS
2.3. We had a long and fruitful discussion, where we figured out why there are lemons everywhere.
Last edited by M0ti on Mon Apr 02, 2018 4:04 am, edited 5 times in total.

I'm not sure if I'm writing in the wrong section or if I'm just first.
Last year I started thinking about my VN at the 1.3. and spend too much time by just brainstorming and planning what I would like to do. This year I would like to fully use the pre-production period and rise my chances of compleating in time a little bit.

oh this looks interesting, hope you can make it by the end of Nanoreno
I am very proud to be a part of this generous, nice and friendly community!
Honest Critique
but please, don't go around telling people that their work is somehow off! thats not how critique works!
Mainly a C# Programmer
My drawings:

Glad to hear that even in this early stage it looks interesting somehow. Last year I did not finished in time so I hope that this preparation will help.
I'm going to do my best.

Just as last year with the 5x12 I would aim for simple, mostly black and white visual style. In comparison with the last year NaNoRenO, I would like try to use a few more shades of gray and maybe even add some colours.

But even with the colours I will still use only one at a time. For example the whole character will be yellow on the gray scaled background, as is shown in the example. One idea I've got, is that the colour can represent the guild the character is mostly associated with or maybe it's nature.
Last year I bought the Affinity Designer, to replace the Corel Draw I was using before. I still don't have much of experience with it so there is a lot of learning awaiting me.
Last edited by M0ti on Mon Apr 02, 2018 3:56 am, edited 1 time in total.

The main activity in the Tower Project should be the cycle between adventuring in the Tower and resting in the city. That’s something that I would like to represent in the NaNoRenO project at least symbolically. Which means that there are two main chunks of content, that I would like to create in the March.
1. Visiting the Nearest City for the first time.
2. Create the Loop between the Tower and the city
Last edited by M0ti on Mon Apr 02, 2018 3:56 am, edited 1 time in total.

Yesterday I’ve tried to lay down the basics about the characters. Not much progress done, but I’ve figured out one character, and that’s The City. In both projects I’m going to think of the city as a person. It can put it’s hope into you. It can be pleased, it can feel down. It can feel betrayed or disappointed.
The City as an entity will react to your accomplishments in the tower and it’s changes should be visible by the small talks of locals and overheard conversations.
Also, with the scope of the games narrative, that I have in mind, I’ve decided of naming the project "Welcome to the Tower".
Last edited by M0ti on Mon Apr 02, 2018 3:56 am, edited 1 time in total.

Re: Welcome to the Tower [NaNo18][Fantasy]

A little change of plans. At least with the visuals. Ruchie, friend of mine, is willing to help me with the NaNoRenO, so we joined forces.
The first sketches already look amazing so I'm waiting for the moment one is done and ready to be shared.
Last edited by M0ti on Mon Apr 02, 2018 3:55 am, edited 1 time in total.

Re: Welcome to the Tower [NaNo18][Fantasy]

So I'm a little bit behind the schedule, but I will hopefully catch up this week. I didn't finish any background yet, so here is just a small piece, a lemonade stand from the Main Street. 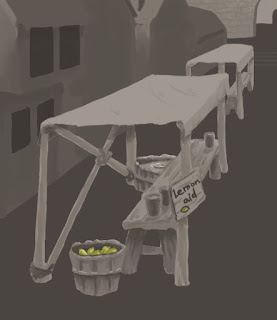 I didn't paint digitally for a long time so it took me some time to get used to it again, but I'm enjoying the process now. We would like to go with mostly monochromatic palette, but every character will have its unique color, here is a chibi hero for Adventure mode in redish colors and a little slime enemy in yellow. 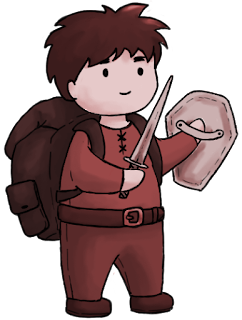 Currently working on M0ti's NaNoRenO 2018 project Welcome to the Tower