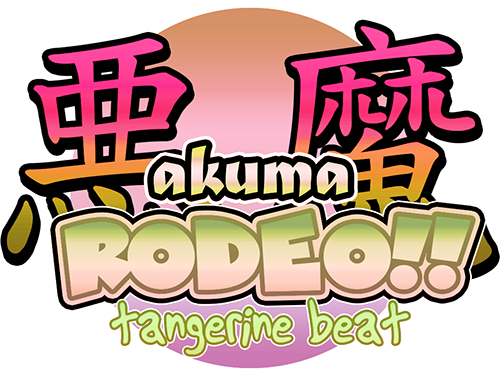 Takeo Hayashida finds out he isn't fully human, and that's when all hell breaks loose—literally. If it wasn't already bad enough that he attends a school filled with delinquents, Takeo suddenly finds himself awakening as a powerful demonic overlord and struggles with suppressing his new found powers. He learns that he can only put an end to his abilities if he forms a “pact” with a being of equal strength...but he has to move fast or else his powers will completely overtake him. Will it be possible for Takeo to find a suitable match while going about his normal life?

Takeo Hayashida – Generally has an apathetic outlook on life. He has no redeeming qualities so he tends to blend into a crowd, but due to his impressive height and rebellious appearance, most people assume he's a delinquent and leave him alone. Every once in awhile he'll get prodded by troublemakers, but he's developed a knack for slipping away from the thugs. Once his demon powers awaken, however, he becomes much more sharp tongued and develops a taste for control and violence...

Naoki Kitahara – A weak and frail guy who's technically the student council president, but due to his health, he can't be as active as a normal president could. He's admired by many for not only his good looks, but also due to his dedication to helping out the school and students despite his health limitations. He's nothing short of an incredibly nice and friendly person, at least...that's what everyone says.

Manabu ??? – The gang leader of the Abura Gang, the top dogs of the entire school. He's feared by everyone in school, not only because of his tough and scary appearance, but also due to some of his strange habits he's very violently defensive over, such as eating a diet of only meat and having an affinity for applying stickers on his belongings. Other than that, he's not an outspoken person and hardly speaks at all. Is he really as dangerous as everyone cracks him up to be?

Hiroyuki ??? – A interesting and wise student Takeo meets one day at school. He's always alone and seems a bit sketchy, but Takeo always feels very at ease when he talks to him, which is a godsend considering he's slowly turning into some kind of demonic overlord. It would be nice to get to know him better, but he's very good at gracefully dodging questions targeted at him. Who exactly is this guy?

Sachiko Hayashida – Takeo's mother. She's a very caring person and in Takeo's older age, she has a easygoing relationship with him. She works in an office position, so she's usually around to see Takeo in the mornings or late in the night.

Genjiro Hayashida – Takeo's Uncle and Sachiko's younger brother. He's a bit of a sleaze and always has some kind of new get rich quick scheme.

Notes
Woo, it's jam time! :'D Milo and I have always wanted to make a VN together, so we decided that getting something out for Nanoreno would be a great idea. Aside from me doing the writing/programming/background line art and Milo handling the art assets, we also have some other generous people helping out with the project as well. We're aiming to get a either one character ending completed or a polished demo out for this project, and so we'll be using this thread to update our progress as we get closer to the deadline. Thanks for stopping by!

Okay, it's Nanoreno day 11 and the project is really coming along!
* Right now the script is roughly 12k and I'm almost done writing the demo! After that I'm planning to hand it over to Zelan, our proofreader.
* Today I finished the assets for the GUI, but it hasn't been implemented into the game so I'll leave that for another update.
* I've sketched quite a few backgrounds and lined a few that will be colored by Milo.(I have 10/12 backgrounds sketched, and 8 left to line.)
* Milo's still working on character concepts, so here's a sneak peak of some character designs they're working on!!!
Takeo:

And of course, here's a few screenshots!

THE DEMO HAS BEEN RELEASED!!! WOOO!!! We survived nanoreno 2018!!! What we've managed to release is just a demo and the script is roughly 14k words. This demo is a little unpolished with a few of the assets, but it should be playable enough. We're planning to update the demo in the upcoming months with some more/all assets and more story to play through.

Haaah.. I am not sure what to say about this game. Generally I don't like an overabundance of slice-of-life/atmosphere building in a demo. It tends to make everything go really slowly for not really much gain, since we won't be getting the rest of it - it's kinda building towards nothing.
And I had that feel playing this, almost considered quitting halfway through bc the pace was just a bit too slow for me. And then.. Then I reached the end and literally yelled at the game for daring to be over. I was like "But, what?? No! I wanna know what happens!!" XD

Almost every opinion I have is like this - I don't really like the protag, I've never liked the type of slacker/drifter type who doesn't commit to anything (I haaated Catcher in the Rye), but I'm really invested in the story and figuring out his backstory, his family history, what he'll do to keep living as a human...
- I haven't really got an impression at all of the other guys (the missing assets is of course part of it), but I'm really interested in how this guy's personality will match up against the other 3 guys when he gets to know them..
- Our uncle is an asshole who seems to have a pretty good reason for being that way.

I've had this experience with your games before too, they leave me with a complex set of emotions and feelings I don't really know how to put words to, and I'm always really interested in seeing your continued work and the finished products.

What is available of the art I really liked, it has a unique style that fits well with the kind of off-kilter tone of the game, and I looove the music.

The uuh, "keep your calm" mechanic? I do not get at all. I have no idea what I'm supposed to do, if I even did anything and if I got a different outcome from clicking randomly during it. It needs an tutorial at least. (I beat the thugs, I think? Was I supposed to?)
There's also some weird things, like the main menu button not working in settings on the main menu, but when I pressed "X" I was jumped straight into the game.

Welp, I don't really know how to finish this comment either - the game is weird, unique but also pretty close to a few mangas I've read, slow paced, and I have no idea how the fundamental game mechanic works - and yet I wanna know and play more, immediately. Right now! ;P

Thank you so so so much for your detailed feedback!!! I totally needed this, I've never written and put together an entire game in one month (aside from a two month game jam I did in 2016, and two months was pretty forgiving to my sanity as opposed to one) so I wrote whatever came to mind very, very quickly and didn't have enough time to actually internalize what I actually wrote. (If that makes sense X'D) I'm really used to taking my time with my writing/development so I really appreciate your feedback!

Also I'm so sorry about those mini games, it's such a hot mess X'D Basically there's no win or lose with the mini games, you'll beat the thugs regardless, but later on in the game certain outcomes will affect the routes. It's purpose is recording whether or not Takeo will take the initiative to do anything. Unfortunately I didn't get enough time to try align the words better or do a tutorial for it (I'm the worst with programming, LOL) Promise it'll be easier to work with in the next release though! And thank you for pointing out the main menu bug, that will also be fixed!

I'm seriously so happy you're really invested in this despite your gripes with it! And I'm glad you think it's weird!! I think I just sort of wrote whatever came to mind an fun way, wanting to go for a nostalgic anime/manga tone with my own take on typical plots. Hahahaha, I know, Takeo's so aggravating but for some reason I just really love writing characters like this LOL. Hopefully I can get everything together and release an improved demo soon! Thank you so much for playing all the way through!