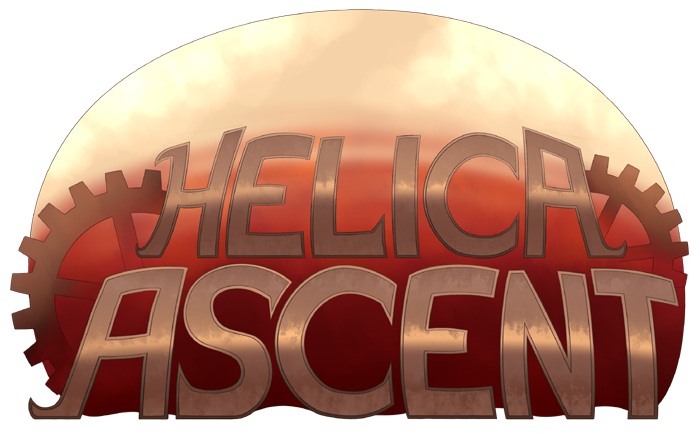 "At the border of the wastelands stands Helica Military Prison, a largely automaton-run facility with only a few human operators around. One day calamity strikes, the whole area shakes - and a struggle breaks out, during which most captives are either killed or manage to flee amidst the confusion. After the dust settles, there appears to be only one human survivor who is stuck in the building without any means of escape. Left without much of a choice, he decides to reactivate one of the automata in the hopes that it will cooperate and help him find a way out."

Like 90% of my projects, this game also takes place on the fictional continent of Iridos. The player takes control of the reactivated automaton, which is pretty much immobile because it's a pretty old and battered model that's in dire need of repair. It's not really an escape game, but there will be some riddles along the way, together with a few mysteries that need solving. What happened outside? What's with this weird last survivor who's really bad at lying and looks suspiciously fancy? Is there really no one else left in the entire prison?

Our MC is Cinque, who received that name because of the automaton's model number, which starts with a 5. You'll basically see a limited part of the world through the camera feed of an automaton's artificial eyes, so I'd prefer not to show a sprite/bust. (I don't have a nice artwork in general yet, but I'll hopefully be able to show you one soon.) Cinque has a casual style of speaking and can be pretty sassy, but is generally more down-to-earth than his companion. Unfortunately he can't access big parts of the main system or has much of a clue what's going on outside, so he doesn't seem like the most useful ally... but that might change rather quickly.

Our deuteragonist is Neus, or at least that's what he says his name is. He also claims that he is the prison's janitor, which is such an obvious lie that we won't even pretend otherwise in his character description. Neus is a friendly airhead who pretends to be more serious than he actually is, but easily gets distracted by weird observations and nicknaming unwilling victims. He can't really keep track of his lies either, which makes it very easy to see through them. The primary focus in many scenes lies on him, so I'll try to make him as expressive as possible and give him a few different sprite poses too!

This is Neus, with his first outfit in the foreground and a sneak peek at the second one in the background: 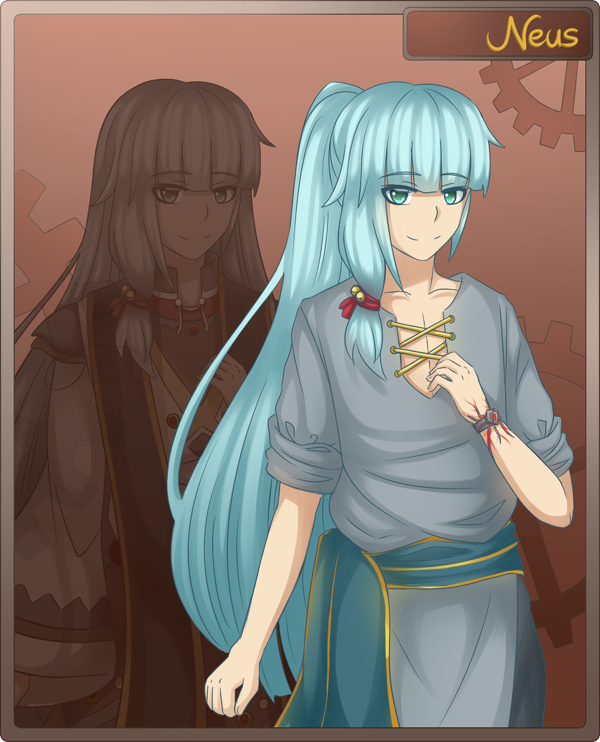 And this is a sketch of the first background, the interrogation room of the prison: 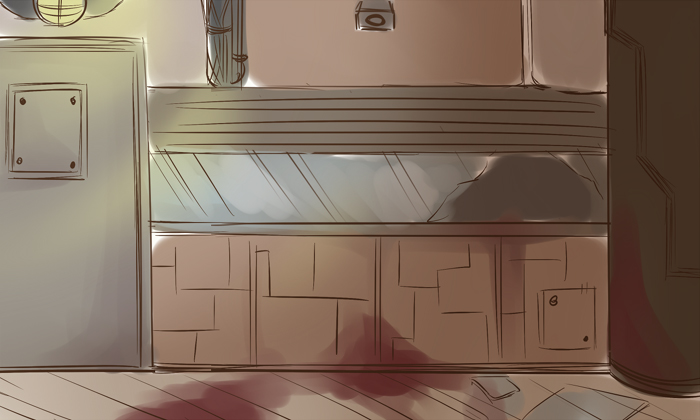 For now, I'll focus all efforts on finishing a demo, because I'm solo'ing this jam and really want to finish at least *something* playable. (Well, I'm not going to make my own music and will try to find something royalty-free that fits ;;) The demo encompasses the first four scenes as well as the first simple riddle and a short scene afterwards, so you'll be able to get to know the characters and the gameplay a little.

I'll try to update this thread once a week, but if you want to read more frequent updates, you're welcome to follow my gamedev Twitter!
Top

When I first read the description, I was kind of surprised to find out that we actually play as the automaton rather than the human trying to escape. That's a neat idea and already has me interested because the other character is trying to convince you to trust them, rather than the other way around, and I'm curious how such a dynamic would play out!
Top

Everything is looking really good so far! I'm really excited for the game!

SwallowtailedTrinket wrote: ↑
Wed Mar 06, 2019 1:58 am
When I first read the description, I was kind of surprised to find out that we actually play as the automaton rather than the human trying to escape. That's a neat idea and already has me interested because the other character is trying to convince you to trust them, rather than the other way around, and I'm curious how such a dynamic would play out!

Thank you for your interest! Playing anyone other than Cinque really wouldn't have worked for the kind of story I have in mind, but it does prove to be a bit difficult at times. Since he's pretty much stuck in one place and has to rely on Neus and whatever parts of the system he's able to access, I needed to make sure that it doesn't get boring, neither visually nor gameplay-wise. It will probably only become apparent in the full version, but this is actually a pretty experimental game, so I hope I'll be able to pull it off ;;