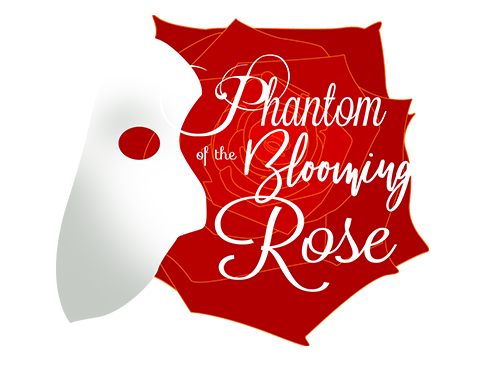 The allegiance of the 5 big kingdoms over the past century, Ashwell Kingdom located at the center and being the biggest and most influential, Thamor Kingdom in the west who boasts of military excellence and revolutionary weapons created, Loseon Kingdom in the north known for their rich agriculture and reign over the mountainous regions, Maicheven Kingdom in the east who is known for increased trades and mastery in the craft of aerial weapons and transportation such as aeroplanes, and lastly the Richmond Kingdom, a seaside kingdom and the last to join the allegiance with a relatively recent lineage, has made the country of Eclaria successful in almost all aspects, outgrowing the others found within it's vicinity.

However, despite the harmonious relationships of these countries, a notorious phantom thief lurks around the whole country with a hidden identity, stealing the most revered artifacts, leaving no kingdom free from his hands. Gems, chests, crowns and scepters from the past generations, he leaves none of the precious artifacts behind. No one knows particularly why the phantom thief commits such crimes, as the stolen artifacts are nowhere to be seen. Recently, the phantom thief has sent a message for Ashwell Kingdom, declaring his plans of stealing a prized possession of the kingdom’s.

While Ashwell is governed by matriarchy, Rose D'elaphontaine Ashwell, only child of the Ashwell family and next in line to the throne, seizes the opportunity to catch the infamous phantom thief and put a stop to his crimes, therefore deeming her worthy of serving the kingdom in the eyes of her constituents as well as the Queen herself. For the past century, the Ashwells have governed their kingdom this way, with the Queen as the Head of the Kingdom and the King as the General. However, Rose is clueless to who and what the real phantom thief is capable of, and in her case, what she doesn't know can truly harm her.

As Rose gets closer to the truth, she comes to experience baffling emotions and these foreign feelings cause a stir inside of her. She comes across two dashing men with a recognizable social status and one who has always stood by her side. Because of the phantom thief, her life takes a major 180-degree turn, changing the princess who only knew of proper courtesy, political talks and marriage solely out of convenience. When she finds out the whole truth, will she go according to plan and ascend to the throne with flying colors, or will she risk everything in the name of love? 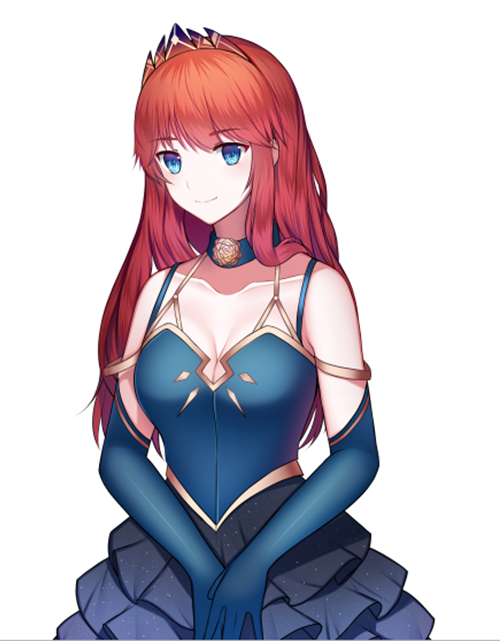 Rose D'elaphontaine Ashwell
Growing up as the only child, Rose has exercised her authority in the castle all her life, constantly being in control. She possesses a spontaneous attitude and strong will, but knows how to maintain the proper courtesy and demure act. Rose is the type to charge into battle without formulating a strategy, moving with the flow and sticking up to her principles without fail. Dealing with thousands of suitors and meeting males in her lifetime, love is but a foreign word in her heart's dictionary. 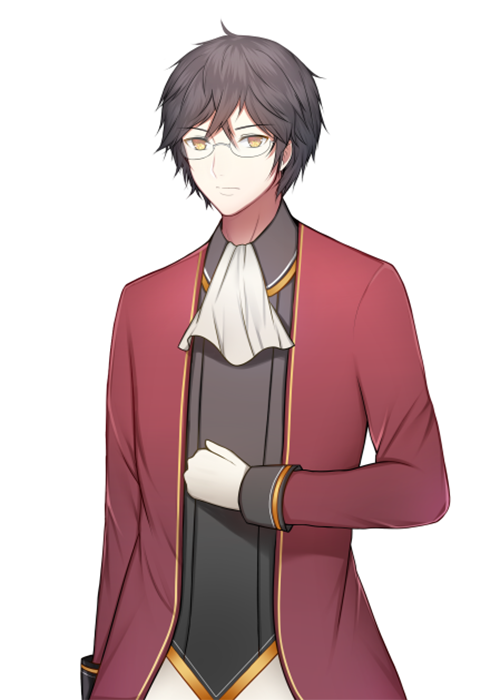 Albert Fletcher
Albert was found by King Ashwell in one of his state visits to Sitopia, a country on the far east, where he met him all alone and quickly grew fond of the boy's potential. Bringing him to Eclaria and taking him under his wing, the best teachers provided him unrivaled research material and trained him for combat - in return for his loyal service. Albert has been in the castle since he was 8 years old, his parents unknown to him until now. His only family are the royal family and everyone in the castle. 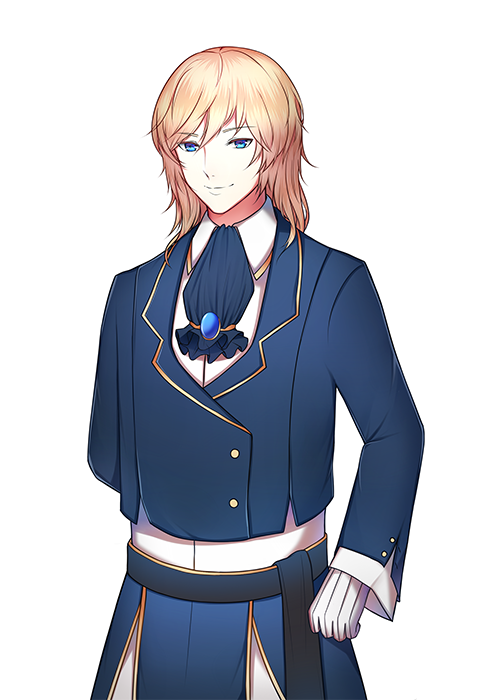 Richard Knightley
Richard is the eldest son in the Knightley family, with one younger brother. All eyes are on him, dealing him great pressure to become successful. Becoming the successor of the Knightley family is not an easy childhood to go by. He did have acquaintances, but no one to call his friends. With the Knightley's influence and power all over the kingdom, they have close ties with the royal family. Although he is aware that marrying the princess will be the easiest way to get his dream, he knows better than to do so with his pure efforts and unparalleled skill. 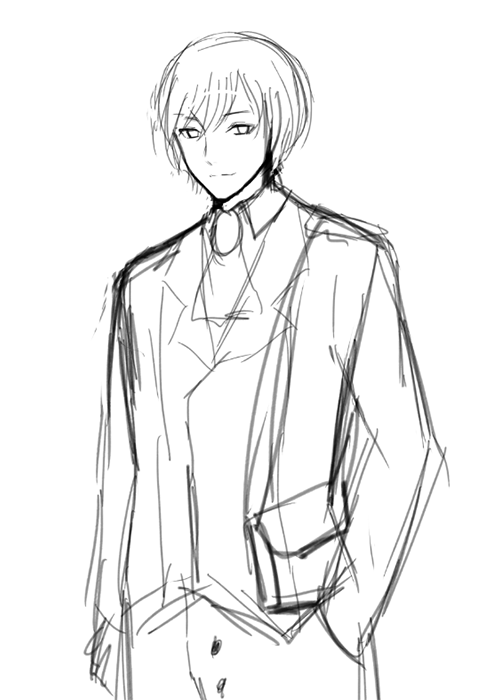 Oliver Richmond (sprite creation ongoing)
Oliver is the second child in the family, leaving him the slightest pressure to begin with and the freedom to do his hobbies and travel most of the time. Though contained and trained to a certain formality, he looks up to his big brother as a figure and treats his little sister very carefully. He remembers his sister whenever he is with Rose, as she resembles her.


A Little Bit About The Project

Hello! I'm Hyesun, the writer-turned-manager of this visual novel that we have been working on since last year. A little bit about myself, I am a rookie writer in the visual novel community, but I have been writing for a few visual novels now including Reflections ~ Dreams and Reality ~ as well as One Year of Apocalypse. Now, enough about me.

We started brainstorming the ideas for Phantom of the Blooming Rose and it just clicked. Phantom of the Blooming Rose is a kinetic visual novel set in the medieval times yet in a completely fictional world where the player gets to play as Princess Rose, solve the mystery and save her kingdom, as well as find love. Sadly, the development has come to a halt because the previous manager had to leave the VN community for a while due to some personal issues which we fully respect. Additionally, maeamika's schedule will much probably only allow her to create the main sprites, so we are finding additional artists who can incorporate her style. That being said, there are still tons to do on top of what is already done. With the story and almost all of the main sprites finished, I decided to take over the project and see it comes to life. There are still tons to do, but I am up for the challenge. You can see what is already done and what isn't in the development progress above. We'll need lots of hands to finish this project, but we are aiming to finish it within the year.

There is no strict deadline for this project, only that we are looking to finish it within the year. Join us!


What can we offer?

Seeing as this will be a free project from now on, just like everyone else, we cannot offer money compensations for the members. Instead, what we can offer are the following:

(1) bragging rights,
(2) complete and total freedom to post your own work (i.e. as the musician, you can use it to boost your portfolio) and show it off to the world,
(3) becoming a part of a completed visual novel,
(4) experience and
(5) companionship in the team that you can count on

If you are looking for extra experience to boost your career in the visual novel community and indie development community in general, we hope you will consider joining this project!

If you are interested, you can contact me through (1) classic DM here in Lemmasoft, (2) my email which is nadine.kiandra@gmail.com and lastly, (3) Discord chat @hyesunxoxo#4892. My timezone is GMT / UTC +8. You can also reply to this thread additionally and I promise to get back to you as soon as I can.
Last edited by hyesunxoxo on Wed May 09, 2018 7:23 pm, edited 21 times in total.

Hello! It was very quick, but we've found our logo artist! It is the amazing Camy

Please look out for us. Meanwhile, several positions are still available!

HarukaNami will be our proofreader! Thank you very much

Updated the positions we are looking for! You can now apply as CG Line Artist or Colorist instead of doing all these on your own. We are still looking for plenty of members!

Updated the thread with some positions already satisfied. We are still looking for CG / Background artists! You can either take on the role of line artist, colorist, or both. We would be lucky to have you. Please look out for our slowly growing team! ^^

We're still looking for the following positions above! Meanwhile, music and more sprite making has started

Background artist and CG colorist found! We are only looking for a CG line artist now to complete the team! We are looking forward to collaborating with you, please reach out to us ^^

Just something I noticed - if the region is ruled by the women of the royal family, it should probably be called a queendom instead of a kingdom. c: This looks like a cool project, I hope you can find your line artist soon!
hey hey I made a thing
Top

Zelan wrote: ↑
Thu Feb 22, 2018 9:38 pm
Just something I noticed - if the region is ruled by the women of the royal family, it should probably be called a queendom instead of a kingdom. c: This looks like a cool project, I hope you can find your line artist soon!

That makes a solid point, haha! Thank you for your interest, and we've found our line artist pretty quickly this time ^^ Now that our team's complete, hope you will look forward to Phantom of the Blooming Rose very soon! We'll be moving to the WIP thread in no time

Hi! I want to help out for the chibi artist
This is my deviant https://trangluu.deviantart.com/
Please answer me if you'll still working on this project!
Top

Re: [GxB] [Mystery/Otome] Phantom of the Blooming Rose: Looking for CG Line Artist!

Reopened as we're looking to fill the CG Line Artist position as soon as possible!