Bunny of the Moon looking for GUI Artist

Bunny of the Moon looking for GUI Artist

Story Summary:
After a viral video was spread on the internet, claiming for the world to end in three days, humanity encountered it with a wide spectrum of emotions. What the government claims to be merely a hoax ends up to be reality. 80% of humankind has become infected by the virus proclaimed by the so-called "bunny-people". Zombie-like creatures now hunt down their new prey, hoping to destroy the rest of humankind.
Umiko (name changeable), the heroine of the story, is out to survive this story, saved by a man with black eyes and raven hair and his companions.
The love story she so desired finally finds a beginning. 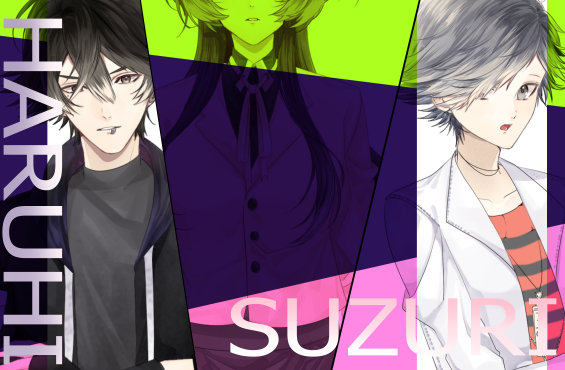 What has already been done?

As of now, we are working towards releasing a demo. Nothing too big. This project is supposed to be fun, and not necessarily a task.
The demo should cover the prologue and possibly 1 Chapter of the three main guys.
Art for the heroine (as seen above) and 2 full body sprites for two of the love interest have been made.
23 pages of Script have been written, which still need revision.
The story is planned up towards a point. As there is no true common route, each love interest will have a distinct story. Planned are three main for now, while there are two more possible love interests, which focus is set back for now.

What are we looking for?

Editors, Writers and Idea Bouncers
Position Status: Free
What do we need you to do?
As these positions are pretty self-explanatory, we hope to find people that are able to edit and rework the script that has been written as of this point. A second opinion on the flow and everything would be lovely as well.
There is a possibility that a Kickstarter or patreon will be opened once the demo is out, depending on the popularity of this project. If this is the case, profit will be shared.

GUI artists
Position Status: Free
What do we need from you?
Screen concepts exist, We want to go for a punkish, yet modern style.

(The font will still be changed)


Thank you for reading up to this point.
You can contact us via teamsingbird@gmail.com or on Discord @ shoko#3676 or also here on lemmasoft!
Questions can be asked below as well and we hope to answer them as soon as possible.
Thank you again.
Last edited by shoko1608 on Thu Sep 12, 2019 12:35 pm, edited 2 times in total.
Top

Re: Bunny of the Moon seeking Team

This looks great so far, would love to help you finish this demo and get involved! Reached out on discord from Naustix # 8714
Lead Programmer from ACE Academy
Project Lead & Engineer for Entangled States / Founder at Studio Lockheart
Top

Re: Bunny of the Moon seeking Team

Hey I'd like to help you as a writer for Bunny of the moon. Although previously I have mostly worked as a concept writer rather than actual scripts. But this project looks awesome. Please feel free to contact me at SpookySaint#0691
SpookySharma