With 3 love interests, the story centers around MC who has become a shut-in after her mom's death. Though the one time she gets out of the house, she is suddenly transported into a mysterious nocturnal world—Midnight City, a place of leisure for the spirits and the dead. There, she meets spirits of those who have once been a part of her life; The Cat, The Ghost and... The Moon? MC needs to find a way to return to her own world before she herself turns into a spirit.

I've been working on the sprites and have finished 2 out of 4 so far! As I don't really have a clear outline of the story, only knowing how it starts, and a bit of the middle and the end, I'm hoping the writer could take full rein with it. You can have fun with it in your own way really :> It's supposed to be short and sweet, so hopefully the workload isn't too much and that it gets finished maybe by the end of January (assuming that I can figure out the coding stuff again, it's been way too long ggjkdsj)

Here're previews of the MC and The Cat! 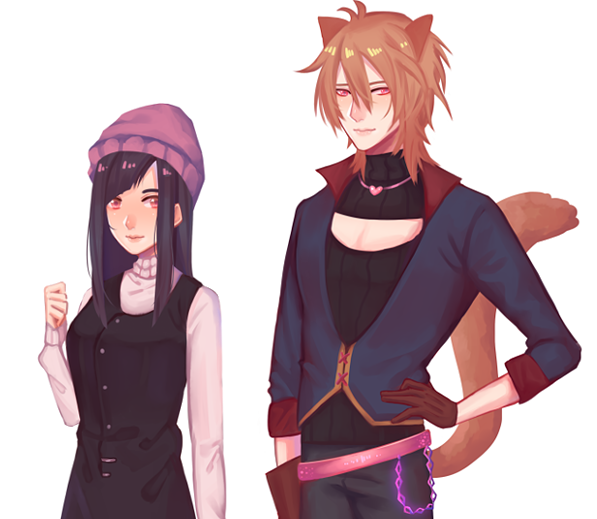 If you're interested, you can pm me here with your writing samples! Thank you for your time!
Last edited by onboroo on Tue Jul 07, 2020 2:42 pm, edited 8 times in total.
Top

Re: Short Otome Looking for Writer

Hello! The position has been reopened! Lots of progress, visual-wise has been made. The sprites and most of the GUI are finished which you can find here! Please contact me if you're interested along with your writing samples, thanks so much <3

My discord is onboroo#1978 if needed!
Top

Reopened again! Been having some bad luck but oh well (；´∀｀)
Top