We're working on our first demo of KitsuVR, a new cute and touching VN, that will be made in 1 month, we target 30min to 1h of gameplay. To that end we are looking for a writer that has some spare time to write or proof-read the heart-warming story and the dialogues. KitsuVR tells the story of a young lonely boy who had a difficult school life until a VR game bug materializes an adorable funny fox girl in his room, and she will disrupt his life for the best and the worst. The two characters are quite opposite in their nature and personalities which creates funny and cute challenges but they will open up to each other to become complementary, almost like a couple but not exactly. The story will dig deeper relationship themes like loneliness, shyness in relationship, school, family, especially in the first part and then we use this contrast for the 2nd part with cuter and funnier themes like how those two opposites are going to live together, the kind of misunderstanding and funny challenges this new fox girl brings into the boy's life as an undeclared guest, especially in the family house, the school and outside. If you're interested feel free to drop by our discord https://discord.gg/KXcUZu7 if you're curious or you have questions. 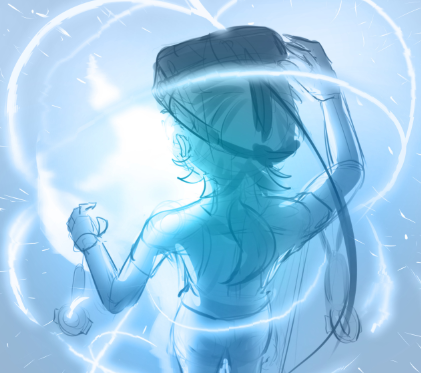 This project is originally based on a manga I worked last year for a few months thus the narrative was told through drawings but we think this has a greater potential as a short VN so we would like to invite you on board to unleash it fully. We're looking for someone that likes to write about cute/affectionate social/physical moments/interactions in particular, empathy and self-thoughts too. As a writer and a partner, you will have a lot of freedom to creatively develop ideas, write the story and flesh out the characters to make everything vivid and detailed. This is a cute and fun project, so if you're interested, feel free to reply here or in private. 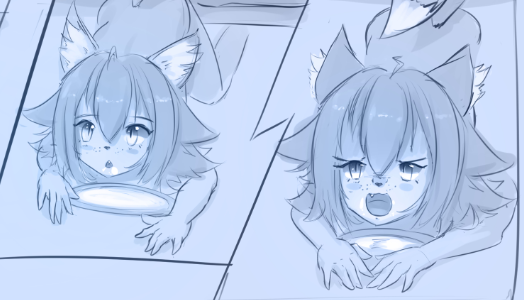 manga sketch: She doesn't want to be approached obviously when she drinks *HER* milk
You can find the manga here: https://imgur.com/a/rKYflRp (mainly part 2 below).

The story outline is in two parts:

- Introduction/part 1: We meet the main character Haruo, an isolated teenager trying to get through what seems like a mundane student life but he has no real friends, he's not well respected and he just gets by in school. In fact he doesn't want to be seen as it would always brings him misery anyway. When he can finally gets home, his family doesn't really pay much attention except when there is trouble, of course. He's a single child and his parents doesn't really connect with him either, it's like they are in different worlds. And that's exactly where Haruo goes every night, whenever he directly passes ignoring his busy parents, throws his bag coming in his room to join his friends online! He puts his VR headsets on and here it goes into VRCat finally able to connect to people, in some way. It's virtual reality game to chat and meet people in community-driven worlds, people can meet. There is a lot missing compared to the real world but his friends are there for him… [This part will serves to show the reader, what Haruo's personality is and what his life looks like at the moment. We want to emphasis his passive, shy and sad behavior; plus his routines: how many boringly long hours he spends in school, sometimes bullied, lonely and sad of the nothingness there. How many hours he spends possibly with his two parents at the dinning table, during meetings and whatnot. To finally spend a few hours, when he can meet his true friends… A little shimmer of light in the dark. But still there is something missing]
- Encounter/part 2: Until one day, when as usual he got home, put his headset and he joined his friends with excitation; one strange occurrence happens: A new shop of digital virtual pets just opened in the game and together with his friends, they decided to discover what this is all about. After exploring it through, they understand they need a new currency money, it won't be as easy to buy what they want, so they just leave and start to discuss how some coins to get their own most adorable pets: Haruo spotted a cute fox living plush that's really promising. By the time they leave, Haruo's headset just shutdown and his computer has a weird electrical surge trying to go through the cables. The bright surge takes forms and a humanoid fox appears that looks the same as the plush but human. She appears disoriented and soon sees Haruo in shock. In a flash of fear, she goes hiding under the first thing she finds at the opposite side, Haruo's bed. She hides completely under the blanket, just to reveal her long tail near the wall. After a moment, she slowly moves just enough to take a look still well covered. Time freeze, nothing moves… [This part is the main story that contrast to the boring life he had so far and the lack of anything "physical" to his favorite place, the virtual world. From this special moment on, they will creates a sort of relationship: one is awkward, the other is like a lost animal. They will try to meet in the "middle" and get to know more about each other. They will become both friendly toward each other: a sort of parental relationship but a bit more than that, it's ambiguous. They will learn a new type of heart-filling wholesome relationship they never had and that being together is nice and cute… but everything isn't that easy, isn't it?]

Those are the short versions so you get a more concrete idea of the context, the possible directions and the characters. We have more detailed descriptions of the characters like back stories, their personalities, the environment (school, parents and the game) and many directions for the story, evolution of the characters and cute ideas of course. As you can see I'm not a great writer and that's why we need someone that can bring this to life.


Don't hesitate if you have any questions too. You can contact me through discord https://discord.gg/KXcUZu7 or in private it's fine.
Thank you for your interest and I hope you're also excited about this fun project

It seems my discord name doesn't work so please use this https://discord.gg/KXcUZu7 you're free to pass by and say Hi

We're still looking for a writer so don't hesitate to join this server or talk to me in private. Thank you
Top

The position of writer is still open. We tried with a few candidates but unfortunately no luck so far. Any lovely writer around? Or if you have other skills and can help, feel free to reply or drop by the discord. Thank you. 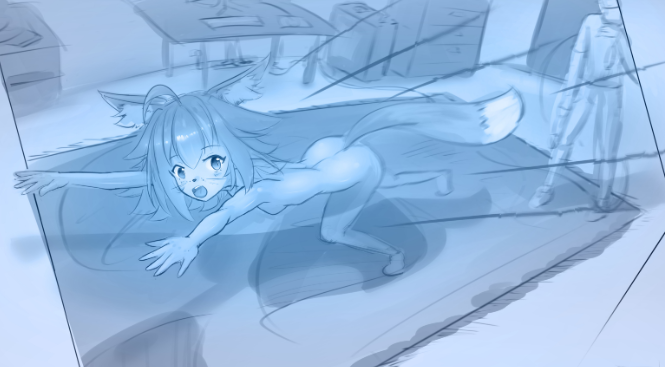 manga sketch: when she just wants to hide somewhere
Top

Sent you a message on discord. I'm looking for a small project to complete and this might just work.
Top

While DakyNeko is clearly very passionate about this project, for reasons we won't be mentioning here out of respect for him, we won't be able to work together. I do wish him and his project the best.
Top
Post Reply
5 posts • Page 1 of 1