Looking to recruit writers and artists for otome game (GxB)

Forum rules
Recruiting Rules: (1) Only recruit if you have an actual, clearly defined project you're recruiting for. Don't recruit if you're an organization that may have a project at some time in the future. (2) Tell people what kind of work you have for them. For commissions, also tell them how much work it will probably be. (3) Tell people how much work on your project is already complete. (4) Always open recruitment threads in the correct subforum - Free, Commercial or Paid Work.
Post Reply
2 posts • Page 1 of 1
Message
Author

Looking to recruit writers and artists for otome game (GxB)

Premise
You are a NPC in a virtual RPG game. Your sole task is to seduce players and to make them give up their best equipment and money. However if the player finds out that you are a NPC, it is GAME OVER. Can you seduce players into giving up their hard-earned coin and equipment or will things take an unexpected turn?

Description
You play as the NPC named Lyanna and your goal is to seduce players to give up their money and equipment. You do this by talking to these players and solving puzzles. As you get closer to the player, you start realizing that you are not exactly an emotionless lump of data and the more you realize this, the harder the puzzles get and the more attached you get to the players. You also cannot give away that you are a NPC, otherwise it indeed will be game over.
Game is partially inspired by HuniePop, but it will definitely not have anything as explicit as HuniePop. Totally PG13, but some fanservice is sure to appear in the game. The general feel of the game is supposed to be light and funny, so the players could relax while playing and enjoy a sort "casual" experience. 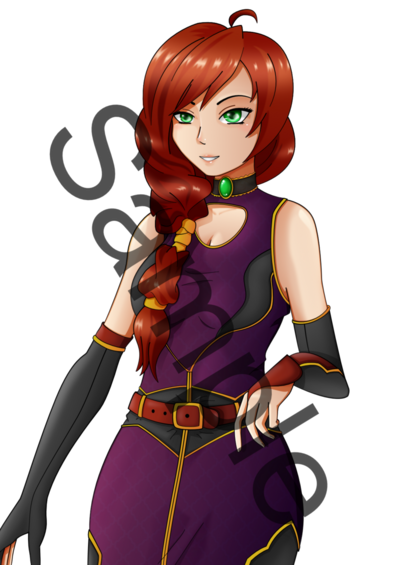 Lyanna
Main character of this game. She is unsure about her role in the game and constantly wonders if that really is everything that is to her. She is assertive and get the job done even if she doesn't understand the meaning behind it. However Lyanna is by no means a pushover and will definitely analyze the situation carefully before deciding what to do. 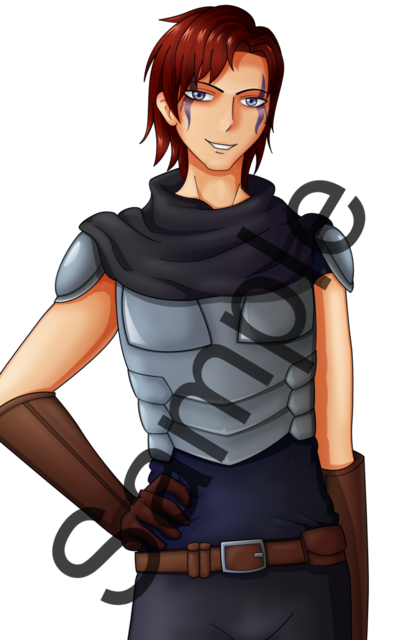 Raven
One of the love interests of this game. Seems like a cool, collected type of guy at first, but do not be fooled by this outer appearance. Get to know him better and he becomes a goofy trickster. Watch your step around him! 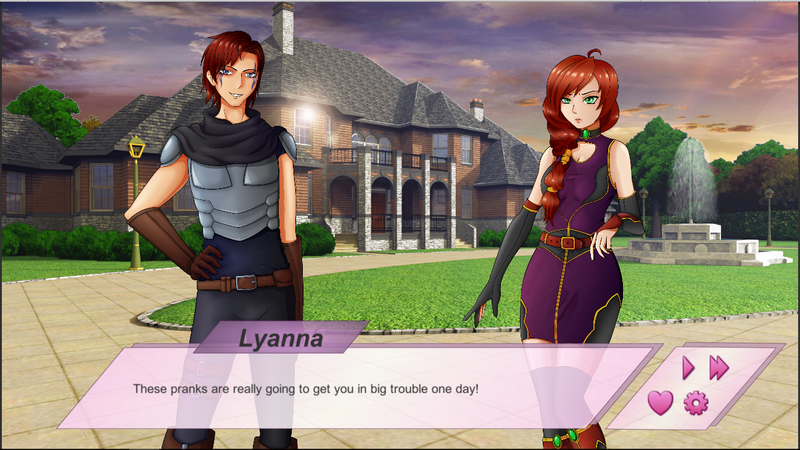 Workload for writers
I do not expect one writer to finish all of the story as I imagine that most people joining this project will be similar to me, working in their spare time. As a writer you can actually do two things:
- write the outline or
- write the scenes.

Writing the outline will be more like a team effort, I will explain this more in detail for those who want to join. As for the scenes, one writer can write as many scenes as they like (since I can't force anyone to do anything when they are working for free), but it would be preferable if scenes where written in succession and for the same character route instead of jumping from the beginning scene of the game, then to the end scene and then to some middle scene.

Workload for artists
Not sure if any artist will be interested in joining since they are rare gems who are needed everywhere, but in case anyone wants to join, I'll leave this here.
One artist would be expected to draw at least 5 CGs for one of the main characters (to maintain the same style for the same character). The style of art for CGs is not that strict but something more anime-like is preferable.
Sprite artists are probably not needed since I will be drawing the sprite art.
Background artists are just as free as the writers - you can draw as many backgrounds as you wish but they have to be somewhat "related" to each (I'll explain more to those who wish to join.

Contact
For those who are interested (even if you are not a writer or an artist), you are welcome to message me here or on discord Ageha#0015 or send me an email to: azuravska@gmail.com
Last edited by Agnese1304 on Fri Apr 17, 2020 3:22 pm, edited 1 time in total.
Top

Re: Looking to recruit writers and artists for otome game (GxB)