EDIT: Demo is out!! Please let us know what you think!
Download+ more info here: https://dreamteam.itch.io/love-lime

Yes, you read it right!!

I'm working on a team with 5 other game devs to create an otome game where you, a human-turned-into-a-lime, can date up to five fruit in a fruit school! ★ Lee | Lime ⚧ --- The protagonist, who used to be human. They admit to having terrible taste in best friends. Very tired all the time and wishes they could make games like all the cool kids do. They've been turned into a Lime. ★ Donatello/Donny | Durian ♂ --- Your best friend since childhood. He’s a little too excitable and tries really hard to act like a gangster. It’s his fault the both of you turned into fruit! 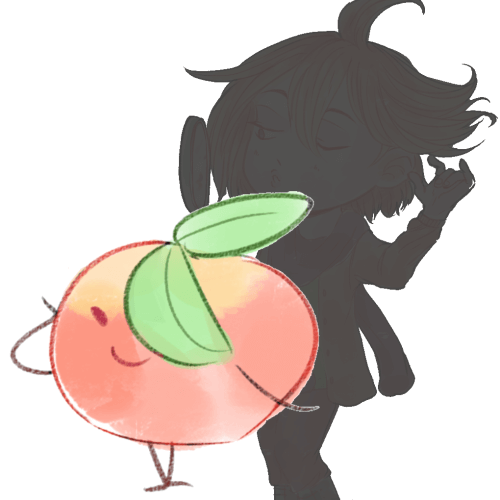 ❤ Peach ♂ --- Grew up as an only child and become the prettiest boy known to live thanks to his parents’ constant doting. He’s learnt that making sweet eyes and buttering people up with compliments will get him places, and so far it’s worked. ❤ Mango ♀ --- A sporty girl who loves to dance. She has terrible taste in fashion but will vehemently defend her choices anyway. You may become healthier just by being in her presence. 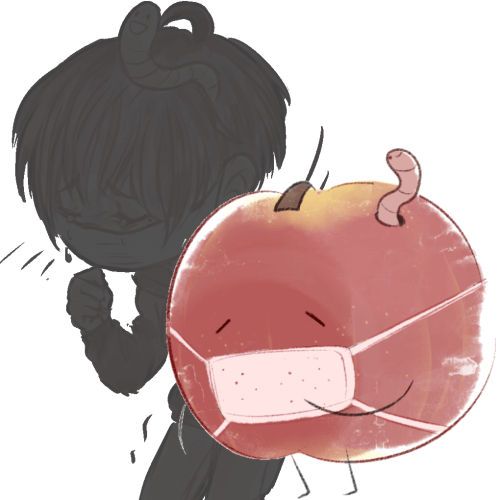 ❤ Apple ♂ --- Gentle and kind but very sickly, Apple is the younger cousin of Pineapple. He refuses to see a doctor about his health. Can your love save him? ❤ Watermelon♀ --- A shy first-year doing her best to stand out in the best ways possible. Despite her best intentions, she often breaks things and apologizes profusely for her mistakes. ❤ Pineapple ⚧ --- A reformed gang leader who runs the cafeteria, and Apple’s older cousin. Don’t ask about the scars.

(Fruit art done by me, flarechess, and Human form art was done by Oktolio@twitter)

We're planning on have 15 endings total, 3 per romance-able fruit (Durian is aromantic!).

We plan to start official production on May 1st 2016 and hopefully finish a Version1/Demo by May 15th 2016. As of today, we already have the outlines for all of the routes done and we're very excited to begin working on this tomorrow!

WE ARE STILL LOOKING FOR A GUI DESIGNER [POSSIBLY PAID]! Please either message me privately or on any of my listed social media for more information. You may also send inquiries and portfolio samples to lovelimegame@gmail.com !

If you're interested in following us on twitter and/or tumblr, here are our links!
Love Lime! Twitter
Love Lime! Tumblr
Last edited by Flarechess on Tue May 17, 2016 9:27 pm, edited 7 times in total.
Top

Just a quick suggestion - I notice that you have multiple writers. One thing you'll want to do is make sure that none of the routes contradict each other! This was something that I noticed as a proofreader for a multi-writer project.
hey hey I made a thing
Top

Just a quick suggestion - I notice that you have multiple writers. One thing you'll want to do is make sure that none of the routes contradict each other! This was something that I noticed as a proofreader for a multi-writer project.

Hello there, thanks for your interest. We spent the last week of April outlining each route and planning the game overall, so there's little chance of contradictions across routes. Certain events won't occur if you're on one route of course, but we're not going to have two characters who are buddies on one route be complete strangers on another.

I'll be honest and say at first I was expecting a fruity version of Love Live! Hahaha. You even accidentally put your URLs at the bottom of the thread as Love Live.

Donny doesn't smell like a Durian does he? I must say I am loving that tanktop he's rocking. Good thing there happened to be a fruit school for Lee and Donny to go to. Even fruits gotta go to school.

Peach is a cutie. Apple's got a worm in his hair. I'm likely to play all of the routes when this comes out but I think they'll be first.

kaleidofish wrote:I'll be honest and say at first I was expecting a fruity version of Love Live! Hahaha. You even accidentally put your URLs at the bottom of the thread as Love Live.

Donny doesn't smell like a Durian does he? I must say I am loving that tanktop he's rocking. Good thing there happened to be a fruit school for Lee and Donny to go to. Even fruits gotta go to school.

Peach is a cutie. Apple's got a worm in his hair. I'm likely to play all of the routes when this comes out but I think they'll be first.

GOSH THAT'S EMBARRASSING, I FIXED THE LINKS!! :'D A fruity version of Love Live would be fun too, I suppose...!!
We've so far decided that Donny may smell like a Durian if he starts peeling or is cut open, but otherwise he's harmlessly scentless! We hope you enjoy the game when we finish it!!
Top

For those curious about how tall each fruit is, flarechess made a height chart!

Avior also has modeled some of the dorm rooms. These will be sketched and painted over by flarechess for the final BGs. And on my end, I've been playing around with the GUI for the game. I'm incredibly unoriginal when it comes to making GUI, so it really just looks like a cheap imitation of the textbox from Love Live! 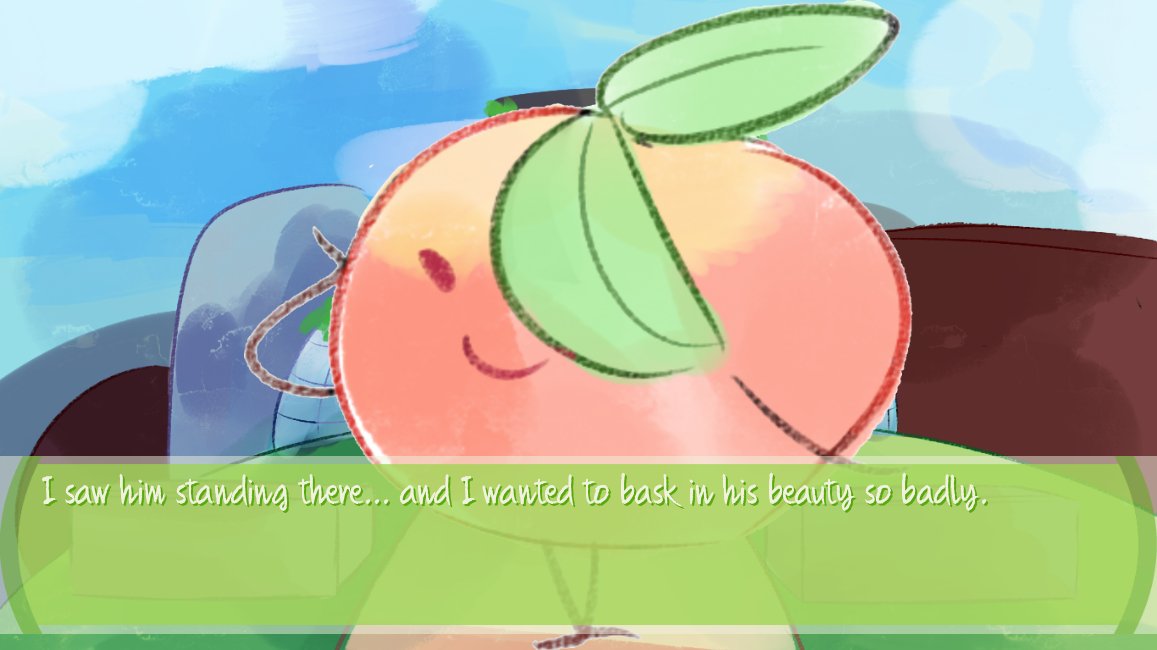 I've since adjusted the textbox to accommodate Lime's side sprite, but are the colors hard on the eyes?

If you have any suggestions or critiques on anything, please tell us. Thank you again for reading!

Hello everyone! We're sorry to have kept you waiting, but our 0.5 demo is available on itch.io now!

We'd love to hear your feedback on the project. We hope you all enjoy playing it as much as we liked making it!

Awesome, I'm downloading it now! It may be a while before I actually have the chance to play it (so much schoolwork ahhhh), but once I have some time to chill I'll give this a play and let you guys know what I think.
hey hey I made a thing
Top

oh my gosh this is adorable and dating bizarre things is the best asfljflaksd;

I'm really loving the style of the art for the fruits! Really looking forward to seeing this completed. I'd offer to help with the GUI but I'm leaving on vacation soon OTL

I really enjoyed playing the demo! It's very cute and the characters are super expressive

The only fault I could find in the game (and this is just personal taste) is that the texts loads too slowly for me.
Top

I BURST OUT LAUGHING AT APPLE'S DESCRIPTION this is absolutely perfect yes please thank you.

The arts look really adorable and the characters are, as well! I am excited to see Durian's path, because 1) durians are absolutely delicious and I want some right now, I am so ready to eat three entire things and 2) I must know HOW anyone got anyone turned into fruits. Another question is just who built these fruit schools and whether their parents are trees or other fruits, but I'm not sure I'm ready for the hummingbirds and the bees quite yet.
I'm also really liking Mango and Apple, though, so they're definitely in my list of characters to check out (hehe).

I'm really excited for this!

sorry not sorry for the puns

APPLE HAS WORMS WHY

I saw his little fruit sprite and I as like: aw that's cute little wormy then I looked at his chibi and I was like OH NO SOMEBODY TELL HIM

Anyway, I'm curious about what Donny could have possibly done to turn us into fruits. So, I'll bite. ewe
The text is a bit hard to read, with the bright color of the text box. Maybe a darker green instead, or without the drop shadow. I really like the sketchy, almost crayon- like texture to the sprites. I'll play the demo as soon as I get a chance!

Interesting thing you've got going here - it's cute. owo I'm a huge fan of Pineapple and Watermelon. The writing is great, especially those fruit puns, and the art style is awesome, too. The sprites are great, especially how they're programmed to move a bit.

1. Durian. His sprite is cute, but his dialogue is just... too much. It was kind of funny at first, but by the end of the demo he was actually starting to irritate me. I might just be alone in this, but if other people think the same, maybe consider toning him down a little? I dunno, it's really more of a personal preference thing, but if he's supposed to be endearing and comes off as annoying to most people there might be a problem. You can discount this if no one else agrees, though, I might just be too easily annoyed. cx

2. Pronouns, specifically Pineapple's. My issue is NOT that Pineapple is agender, I'm totally cool with that, but you guys have to remember to use singular with them!! It didn't pop up much in the demo, but sentences like "Pineapple seems to be trying exceedingly hard to forget Durian's comments as they return holding mulchshakes," should be "as they returns holding mulchshakes." It's awkward, but grammatically correct. Blame the English language for not having a neutral singular pronoun used for people in the first place. cx

If that's too weird to write, you could always switch over to it pronouns or to pronouns like ey/eir/em. I'm not super familiar with these, but I think they're used as follows:

Anyway, good luck on completing the full game! I'll definitely play it once you guys are finished with it.
hey hey I made a thing
Top
Post Reply
14 posts • Page 1 of 1