"There's a monster in his room and it's ready to take him."

I'm going to make a dark, gothic-styled, visual novel yaoi game. It's a game adaptation based on a BTS fanfiction by vic. It's going to be a very short game, maybe about 15-30 mins of gameplay at most. All the characters would be changed into original characters.

After discussing with the author, we agreed to keep the original ending, so I'm now wondering as to how I'm going to make a linear visual novel exciting. Example of games with similar gameplay are Corpse Party, Ace Attorney, and Danganronpa. I looked into kinetic novel and if I can't decide on a good gameplay I might go with kinetic novel.

I think the biggest difficulty is to make an engaging enough gameplay since this game isn't a horror game, nor is it a whodunnit detective game - I wonder if I should go with puzzles gameplay? Anybody has suggestions as to how to approach a gameplay for a dark game with open ending?

This is the preview for the main character: 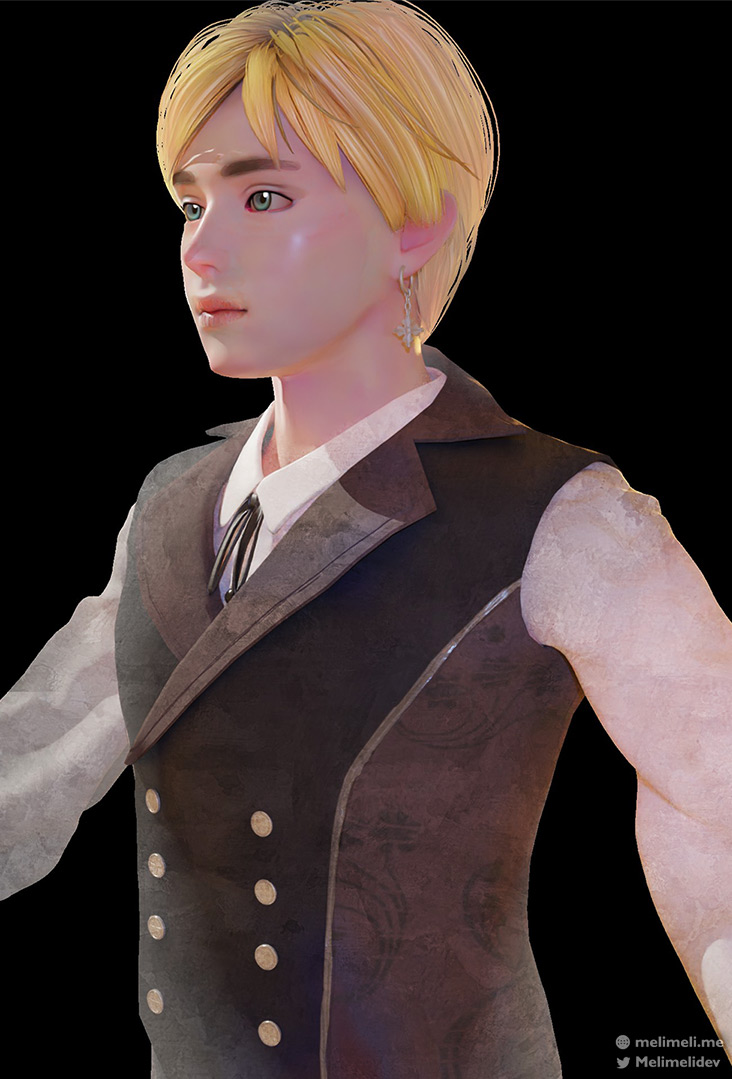 I make BL Games! Check out our short BL Game: