Discuss how to use the Ren'Py engine to create visual novels and story-based games. New releases are announced in this section.
Forum rules
This is the right place for Ren'Py help. Please ask one question per thread, use a descriptive subject like 'NotFound error in option.rpy' , and include all the relevant information - especially any relevant code and traceback messages. Use the code tag to format scripts.
Post Reply
15 posts • Page 1 of 1
Message
Author

I'm happy to announce the release of Ren'Py 7, the result of over a decade of development since Ren'Py 6 was released. Compared to that release, Ren'Py 7 adds many features uses have long since come to consider core parts of the engine, such as ATL, Screen Language, OpenGL acceleration, support for the Android and iOS platforms, Translations, Accessibility, and so much more.

Thanks to everyone who created with Ren'Py during the Ren'Py 6 series, when Ren'Py and visual novels went from a tiny niche to something that is popular and culturally relevant. I look forward to seeing where Ren'Py 7 takes us.

Compared to Ren'Py 6.99.14.3, this release adds a new layered image system, which provides a cleaner replacement for the use of LiveComposite and ConditionSwitch when it comes to building sprites from layered images created in paint programs. There is a new syntax for such images, and portions can be defined automatically. Layered images also interact better with other portions of Ren'Py, such as the image predictor and interactive director.

Other major changes are:
Apart from these, this release includes a few fixes and minor new features. As always, check the changelog for complete details.

A full list of changes to Ren'Py can be found at:

A list of changes that may require you to update your game can be found at:

Please also check out the credits and sponsor list.
Supporting creators since 2004
(When was the last time you backed up your game?)
"Do good work." - Virgil Ivan "Gus" Grissom
"Silly and fun things are important." - Elon Musk
Software > Drama • https://www.patreon.com/renpytom
Top

Many thanks to you!!!
I know, I'm writing terribly in English.

Congrats! It's been a long time in the making, go take a break and celebrate this accomplishment

Well done PyTom and everyone else involved!

Layered images are going to make our lives, and spriting, so much easier. Thank you, and congrats, to Tom and everyone on the team!

Been experimenting so far with improving on my "Portrait System" to make use of these new layered sprites.

I feel like I might be missing something though, but is there a way to default to the default of a group if the current attribute doesn't exist?
e.g. I have a "neutral_base" and "neutral_eyes", but also a "concern_eyes". But the concerned expression shares the neutral base.
Instead when I show hawke concern I get no base layer loading at all. Just the eyes.

(Addendum: It also responds poorly to dynamic displayables or similar, in that two of the same portrait behave as the same object, whereas creating the same thing as a Composite() treats them as separate instances.)
Last edited by Tayruu on Sun Jun 03, 2018 4:43 am, edited 1 time in total.
WEBSITE | WEASYL
Top

Huge congratulations! Thanks to for all of the hard work over the years!!
Craving for a slightly historical mystery VN with an unusual presentation? Some amount of psychological or folk horror? A bit of weirdness? I got you covered.

Congrats! I still remember how Ren'Py was 10 years ago, already good compared to other tools to make VN (and also more than VNs!), but now it's really a pleasure to use

So awaited release! Such great news! Thanks for all!

Thank you for all of your hard work, PyTom! ^_^
hey hey I made a thing
Top

Congrats on the release!!

I have found some slightly strange behavior. I'm using the say sprites in conjunction with the layered images, like:

With the "image" for the character c being set to "cassidy" in the definition. The thing is, the sprite will change correctly, but then in the lint file:

It works so I'm not super concerned, but it's weird that lint doesn't seem to find the layered images properly.
1/2 of Cyanide Tea | Portfolio/List of Works/Contact
Top

congrats on the release! however, i'm trying to create a new project using the legacy gui and i get stuck at this part: 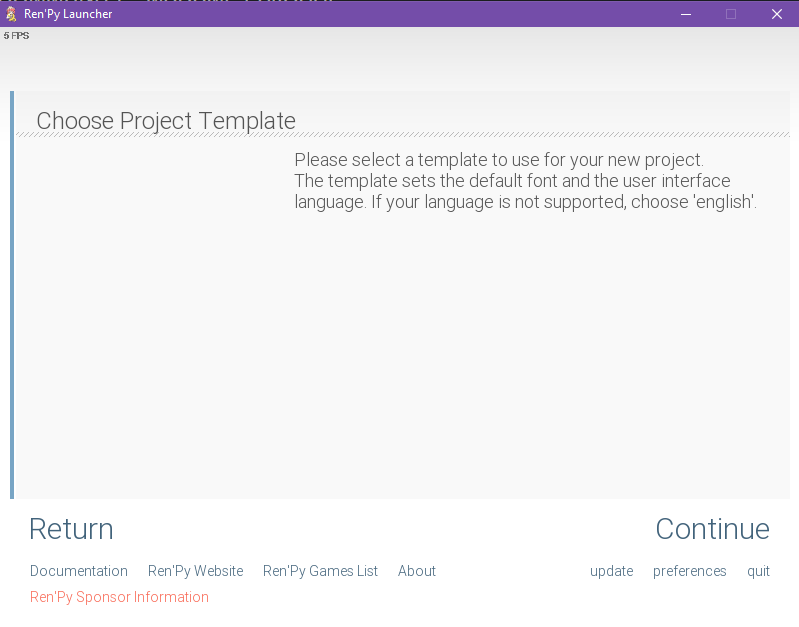 when i click on continue, i get this error:

i'm actually not sure what to do...

edit: had to take out some personal details. my bad, i'm an idiot.
magical girl tears


P.S. Perhaps, the corresponding prevention should be added into the launcher...
There is a light at the end of the tunnel, just pray it's not a train.


P.S. Perhaps, the corresponding prevention should be added into the launcher...