I barely released this yesterday but I forgot to post it here ^^;
--- 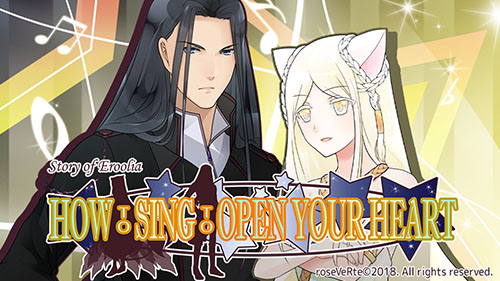 
STORY
"Can the cat-eared princess' song rescue her people and find true love?"

Princess Myana loves to sing, and believes she can make her people happy with her song.
This time, she visits the human's country "Eroolia" as the leader of "Laarz", the country of cat people.
Relations between humans and luccretias have never been good, and Princess Myana experiences it herself in Eroolia.
Will her song be able to unite the hearts between humans and luccretias?
Or as the imperial guard captain, Ludovic, argues, is it better to completely cut off ties between the two countries?

Hey I love the art, would love to download it on my iphone, is this available on ios??