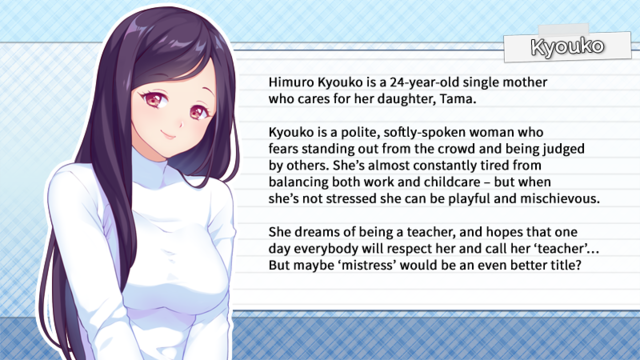 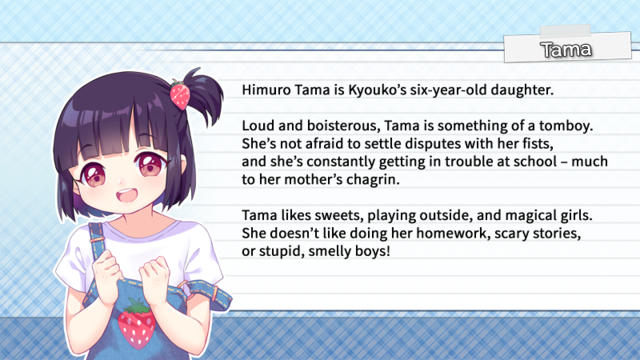 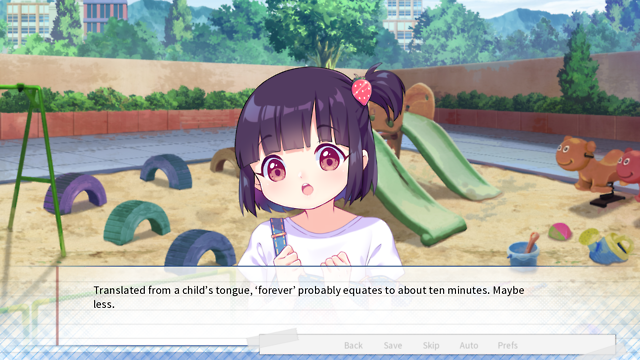 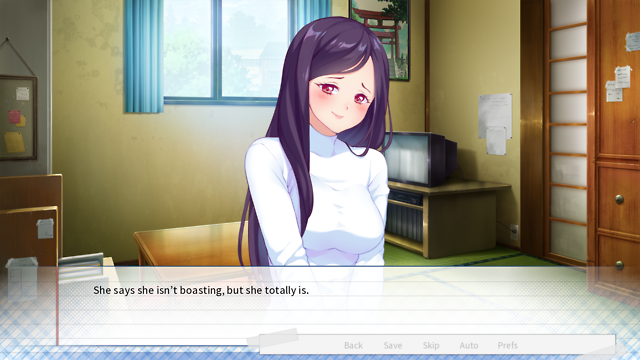 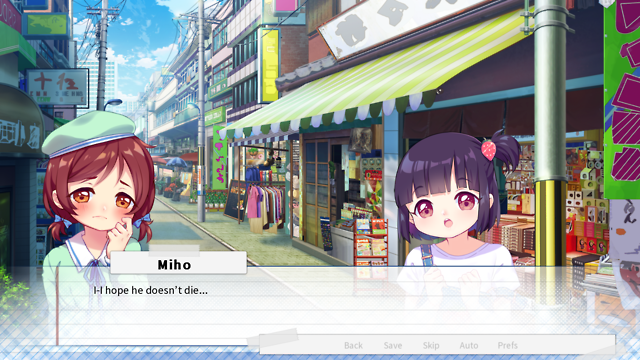 The writing is entirely finished, as is a lot of the art.
It needs a significant amount of editing and proofreading,
but I’m hoping this story should be released in late April/early May.

The story will be commercial, and should cost around $11.99.

If you want more constant updates, please check out my twitter or tumblr! I post there more often! ☆彡

I do get Ghibli-sh feeling about bg's here

It’s about the importance of family, friendship, and kindness!

Everything about this project is hitting the right notes for me. Been keeping tabs on this since the Twitter announcement and I'm looking forward to playing it!

@ PeterKmiecik
Thank you! I'm sure the BG artist would be pleased to hear that!
Actually, they take commissions, and their prices are very affordable + the turnaround is fast.
If anybody wants to commission them, I'd recommend it!
You can find their lemmasoft recruitment thread here!

@ sendo
Thank you! I hope you enjoy it when it comes out!
I think your art is really pretty, and I was considering commissioning you to do the art for this story...
But I didn't think you were open for commissions, and I didn't want to bother you, so I decided against it in the end.
Maybe you can work together on something some day...?

@ TheJerminator15
I'm glad you like the look of it so far! I hope it's worth the wait! >_<
I have a lot of free & commercial VNs available on Steam and itchio.io if you want to check them out! ☆
Top

Oh thank you for keeping me in mind! I generally don't take VN work nowadays, but I make exceptions for people I want to work with. Feel free to hit me up whenever :3 I'm more of an ero artist though so you probably should take that into consideration _(:3」∠)_ Anyway, can't wait for the release!
Finished VNs:

Engaging characters, beautiful art, and interesting story? Sign me up.

This looks super cute! Definitely looking forward to the release of this game. c: I'd like to see more parent characters in VNs so I'm excited to see that you have one here.
hey hey I made a thing
Top

@ sendo
I'll message you if I ever have any ideas for a more adult story (though I also wouldn't want to bother you haha ;;)

@ Piper
I hope you enjoy it when it's finally released!

@ Zelan
Thank you! I think there aren't many parent/mature characters in VNs either (well, by 'mature', I mean mid-20s haha) so hopefully it feels a little different to some other romance stories u_u
I have a lot of free & commercial VNs available on Steam and itchio.io if you want to check them out! ☆
Top

Awww this loosk really cute and heartwarming ^^
PROJECTS:
Since When Did I Have a Combat Butler?![COMPLETE][NaNoRenO2020+]
Hot Scientific Clock [COMPLETE][BxG]
Journey of The Scroll [COMPLETE][RPG][v.2]
Crystal Captor: Memory Chronicle Finale [COMPLETE][RPG][#1 in So Bad It's Good jam '17]
The Only One Girl [WiP][Up.5/20/2017][1stQ ver. released]

Just posting to let everybody know the Steam page is up. You can take a look at it here!
I have a lot of free & commercial VNs available on Steam and itchio.io if you want to check them out! ☆
Top

The art for this was referred to me when I asked for methods on how people show short characters (like children) in VN's, but I didn't realize it was a project in this community! The art is just excellent, and this looks like a really adorable story! Keep it up!

Oh, that's cool o:
For scenes when Tama's the only character interacting w/ the MC, I zoomed in on her sprite and the background, so you can see her in more detail. For scenes where Tama's with her mother, the 'camera' is zoomed out a bit more, to show the both of them. Tama isn't positioned quite how an actual 6-year-old would be (she's obviously too tall), but if she was at a more 'realistic' height her face would get hidden by the textbox haha XD

I had to play around with things a little until it looked OK, but I'm glad you like it!
I have a lot of free & commercial VNs available on Steam and itchio.io if you want to check them out! ☆
Top

This does look great but I feel I should mention something minor: When I was looking at the pictures of Himuro and Tama, I at first thought that the picture of Tama was actually a chibi picture of Himuro. Of course, it both makes sense for Himuro's child to look similar to her and makes sense for Tama to look cute as a child, but it does seem like the style changes from more realistic to more moe, and it makes me feel like the proportions are inconsistent and wonky.
If everything was the more realistic style or the more moe style I wouldn't mind, but jumping between the two makes both of them - especially the more moe style - look weird to me.
Again, though, this is a minor thing. Everything looks great and well-drawn, and I've definitely seen some professional games use slightly inconsistent styles/proportions.
Top

@ SelLi
Thank you for your feedback. I don't personally think there are any issues with the sprite art, and I don't intend to change it, but I'm glad you took the time to leave a comment!

I also thought I would update this thread to let everybody know the full game is out! You can buy it on Steam, or various other websites, if you prefer!
I have a lot of free & commercial VNs available on Steam and itchio.io if you want to check them out! ☆
Top
Post Reply
15 posts • Page 1 of 1