Hi!!
I am so sorry for not keeping thread up to date T_T
It seemed that sasquatchii http://lemmasoft.renai.us/forums/viewto ... 46&t=33100 has updated a new thread that has summarized everything so much nicer and easier to see! But I realized that her thread hasn't been updated since September also T_T

So to prevent this thread from dying again, I decided to come up with a new idea to enhance our motivation!

1. I realized drawing every week was bit too much. For example, since this thread basically needed to be a source of drawing motivation, there had to be some kind of motivation to make an artist pick up the brush again. Drawing the same type of thing might not be the most motivational thing to do since you draw that way everyday. So I thought someone might have seen someone else's work and have wanted to try something new, but a week time to get used to trying something new seemed like a bit too much. Also, since everyone is probably busy during weekdays (and probably only really have time during the weekend to really draw), by the time someone posts something, the week might have been gone by then, then you don't really have time to discuss with other people about what you did, or comment on what others did.
SUMMARY: drawing every week might have been too much!

2. I was also thinking another way to boost motivation is not to make someone think of a topic, because that takes work! I realized thinking of a topic itself takes stress, since you have to come up with something. For example, one might go "Okay! Let me draw something!" and open up a blank canvas. But the second question to himself/herself will be "Okay. I have no idea what I am going to draw." and just lose motivation and close the canvas again. So I thought, maybe instead of giving everyone a hard time by trying to think of what to draw, it will be just so much more motivational to just let a third party (like me) to throw the topic each time, so no one has to really think about what to draw! There might be some topics that you might not want to draw. In that case, you don't have to draw for that theme at all! You can just simply comment on what you think or what others did!
SUMMARY: thinking of a new theme takes work!

So enough of my rambling, I have decided that it will be better for us to:
1) Change weekly drawing to Bi-Monthly Drawing. (So one theme will go from 1st to 15th of a month, and another theme will go from 16th to 30/31st of the month.)
2) I will just provide the themes that I have found on web.

Other rules still apply such as:
1) Artwork does not have to be superb in quality -- It can be simple as a sketch or a picture or an image that you have took or found to be fitting to the theme.
2) You do not have to participate in every single theme. Drawing for motivation is not supposed to stress you out! It's supposed to do the opposite! You are also welcomed to come back anytime if you sit out for couple topics.
3) You are not limited to only submit one artwork per theme. If you feel that a theme gives you a lot of ideas, you are welcomed to post multiple!
4) You do not have to post an artwork. You can just simply comment on what someone said, or someone's artwork.
5) You can post your artwork anytime during that bi-month period. You don't have to post your artwork on the last day!

It's a great idea! We're all here busy with our own projects, but it'd be nice to draw something else for a change to boost creativity.

I think maybe you'll name the topic for the first time?

Sure! Thanks for replying lol. I thought no one would ever reply ;_;
Let me try to start with a topic that is not abstract.
I picked a topic that reflects my feeling about this thread lol.

Do we post up our piece by Saturday next week

?
HIATUS:
[A Simple Act]
[All the Pretty Flowers]
[The Texture of Love]
Top

Yup! you have the whole week x)! no need to rush!
Top

This idea rocks so very much. Thank you for putting this out here

@kelsaki yea x) hopefully we get to see many artists here.

Since everyone is being shy or still drawing, I guess I will put mine up first x)

It felt awkward to draw full body shot since I havent drawn one in ages lol.
I wanted to make her look mischievous/provocative but she ended up looking too devilish, so I changed her expression and now she just looks little cute lol. Now that I look at her, I think i should have made her hair darker but I am too lazy to fix it now rofl.
I should have made her boobs bigger too
Would you grab her hand? x)
Top

Here's a little something; just the mc and a character from my wip.

The guy(Kai) is actually a ghost and can't actually touch any 'real' thing. Never the less, he's so nervous XD

@ Nierna0987, I just might be tempted to hold her hand. If it weren't for the fact that I get the sinking feeling that I will lose my soul (maybe it's worth it lol). Plus, her boobs look great. My wife said that they are really good, like they have some weight behind them, you know, like real breasts. I need to get better at drawing them puppies on my female characters

. You don't mind if I use your picture as a reference?

I was doing some fanart and I came across this thread. I like to think that this is related to the topic at hand for this week.

@ kelsaki: Aww. So sad that they can't touch each other xD

@ JumpJump ROFL I dont know, I mean she turned to be not so devilish looking after I had a major plastic surgery on her face rofl. So mayyyybee she won't eat your soul. (maybe)
And sure! you can use my pic as a reference. Though I am kind of embarrassed to say that it is worthy of a reference////// And aww. I like your fanart. He is not just holding his hand, but he is actually carrying him. That is so cute!
Top

Ah, so much coolness!
*fawns over awesomeness*
Mine's just a sketch... ...but I worked hard on it!^^
(<<<<pictures go right-left like a manga<<<<)
I took this as an opportunity to draw a dramatic scene without using dialog...and yeah, the arms and hands look awkward here and there...and the dude has girly legs...and I fail at manly arms...but I like it.^^

I really like this idea. 8D I'm going to stalk this thread; see how many weeks I can go posting here.

"who even are you"

I used the handholding theme as an opportunity to figure out the guy's outfit so thank you for that! Originally, these were linearted and colored but it looked terrible so I'm just uploading the sketches. :P Just the protagonist and one of the villains for my game. Unfortunately she doesn't reciprocate his feelings. :'( That's probably because she doesn't know who he is.

@ Nierna0987
I agree-- the breasts look great. O: The coloring is so pretty, too! And I also really like your signature lmao

@ kelsaki
Ehehehe, so shy! *reaches for him too*

@ JumpJump
I love the contrasts! Everything definitely looks like metal. :)

@ angeliza
So clean! Glad he saved her. Is there a whole story with that or is it just something you thought up of on the fly? :)

Super messy doodle before going to sleep. In case you can't really read my ugly hand-writing--
[From top to bottom] "Yue, what should I do? I really want to hold your hand..."
The next morning
"Horus, that is impossible, though, maybe you can try to hold your own hand, we are sharing the same body after all, it should make no different O v <"
"Ah... I knew it... it's not the same..."
Just my silly Horus agonizes about the fact even if he wants to hold Yue's hand, he can't do it because they share the same body. Horus only appears in the morning while Yue only appears at night ụ v ụ (They are from a VN/KN that I still need to progress more on to be able to show WIP thread- sobs)
This actually motivates me to work more on the VN so-- Kudos for the topic sdnjskd

@Nierna0987
OMG Your coloring looks so great, like candy to my eyes haha njdkad

@JumpJump
OMG U and ur mecha! So beautiful and clean, and detailed too djkasd I can't do detail for life OTL hahaha

@angeliza
Aaa feel!! How do your sketch looks so clean //cries


@akemicchi:
FFFF THAT MADE MY NIGHT HAHA HIS FACE OMG it's worse that I was staring at the full colored picture of him with all his glory on your DA and then stumble across this - I can now die happily ROFL
Tumblr | DA | Honest Critique
“如果那个人是神。
他想渎神。
——【黑匣子】”
Top 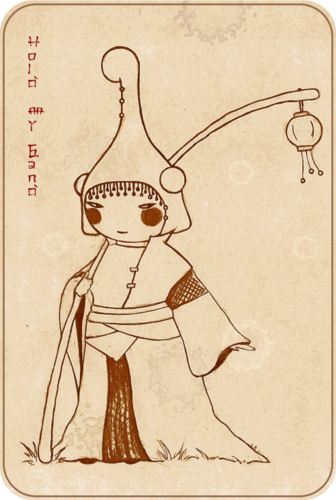 Akemicchi: Yay! I'm so happy you, an artist I admire, called my sketch clean!
So happy...
OuO

While I did originally draw this on the fly, I can't help but come up with backstories and personalities for every character I draw. So yeah, there's a story that this part of. I'm likely to go off rambling if I write it all here, though.^^


Michiyo: ...A lot of erasers.XD
I'm a bit of a perfectionist, so I can't stand it when my sketches are messy. So, I attack them with an eraser until I am satisfied!^^

...
I JUST REALIZED I FORGOT TO COMPLIMENT SOME PEOPLE!

Nierna: The awesomeness of your drawings never ceases to amaze me.
She looks oddly friendly...
...i'd totally take her handand be her friend!^^