A place for game announcements, and for people to discuss games being made.
Forum rules
Please read the sticky before creating a new topic. Linking to Kickstarter/Crowdfunded games requires a demo. Updates to Patreon-backed games may be posted once every 2 months. Adult content should not be posted in this forum.
Post Reply
10 posts • Page 1 of 1
Message
Author 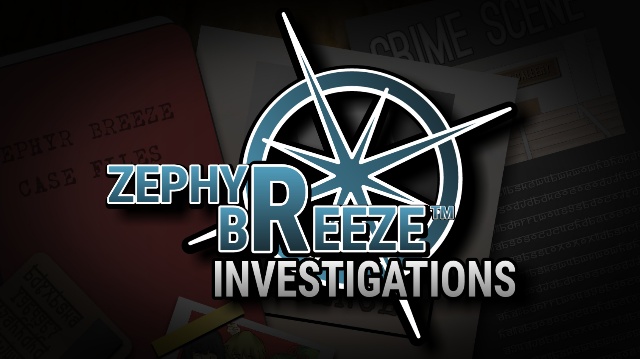 "There's a new detective in Brickwood."

Rookie detective, Zephyr Breeze, returned to his hometown in order to investigate about his past. After solving one of his case which involves a Psychology student named Mallow Marsh, she became his trusted assistant.

Together, they solved back to back murder cases around the city while at the same time, stitching each cases connection about Zephyr's past. 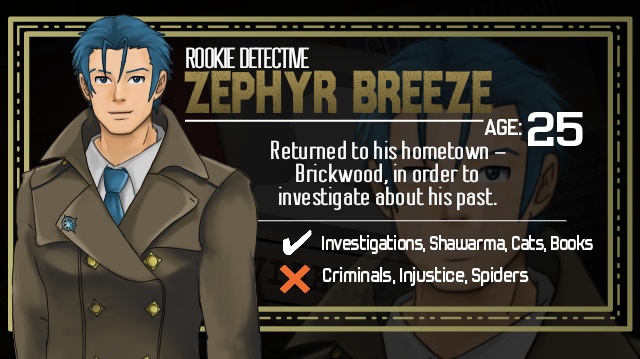 The main protagonist of the game and the player's character. He was legally adopted by Jonathan (a former police officer)and Olivia Breeze two decades ago after he was left outside Brickwood Police Department. He was raised and finished his Criminology course at the neighboring city then returned to Brickwood City officially as a detective in order to investigate about the whereabouts of his biological parents. 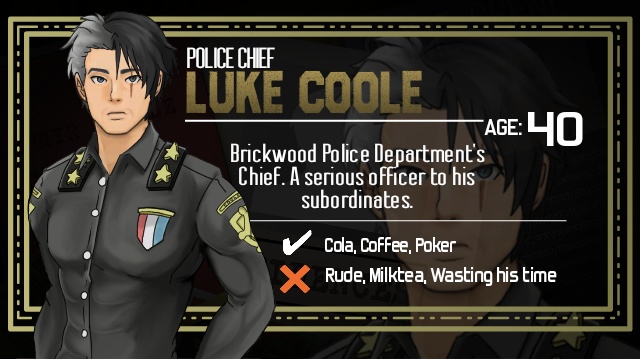 Brickwood Police Department's head chief and one of Zephyr's boss. He often wears a frown and a sharp look on his face, which make some of his subordinates feel intimidated. He used to be a detective in the past and teamed with Sherlock Doyle. After he got promoted to be the head chief, he and Sherlock barely talked with each other. 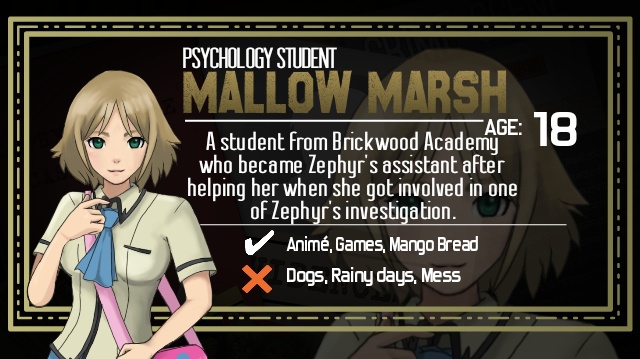 A student from Academy of Arts and Sciences taking up a degree in Psychology and currently enrolled as a first year student. She became Zephyr's trusted sidekick after clearing her name from one of the detective's investigations. After that case, Mallow would often visit Brickwood Police Department to help Zephyr with his investigations and to give her opinions about each case. 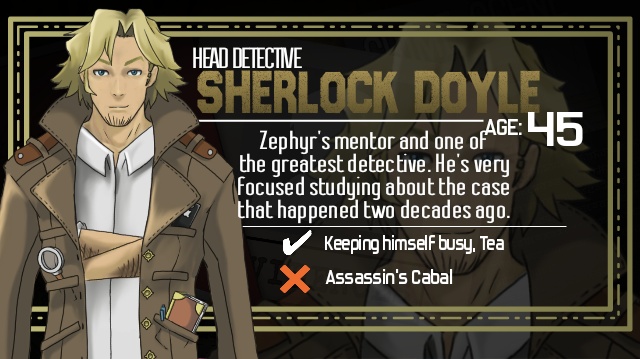 One of the greatest detective in the region. Sherlock's dedication to his work is beyond limits. He makes sure that truth and justice will prevail in every case he is assigned. Sherlock became fascinated and intrigued about the Assassin Cabal two decades ago. He eventually investigated about it. He's also the mentor of Zephyr. 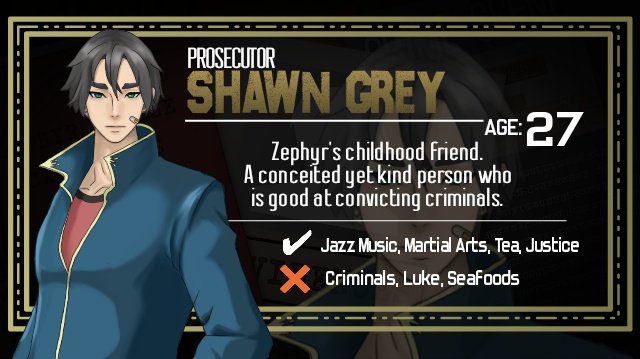 Aside from his skills in martial arts, Shawn Grey also loves jazz music ever since he was a kid. He was also a childhood friend of Zephyr Breeze and used to call him as "Zephy" back when they're still young. 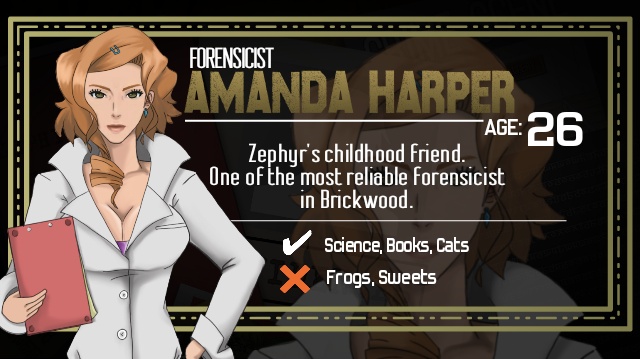 Shawn and Zephyr's childhood friend. She's always the peace maker of the group whenever Zephyr and Shawn fight. She is an intelligent woman who loves to read science books and often sees doing an experiment back when she was still young. 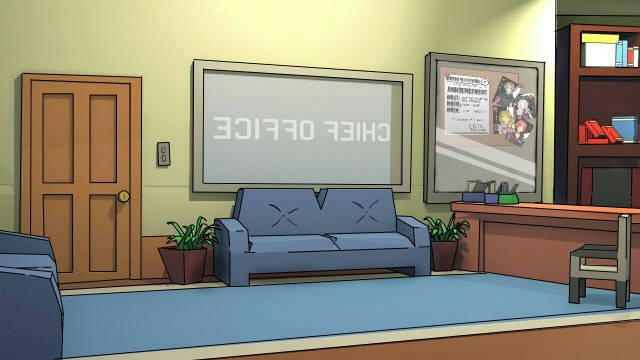 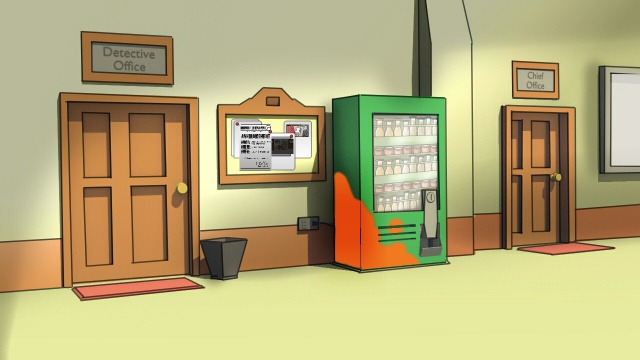 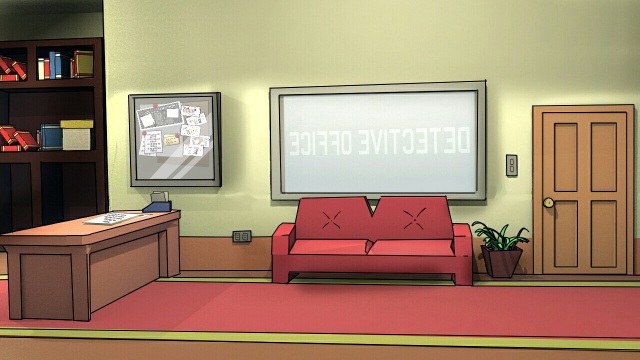 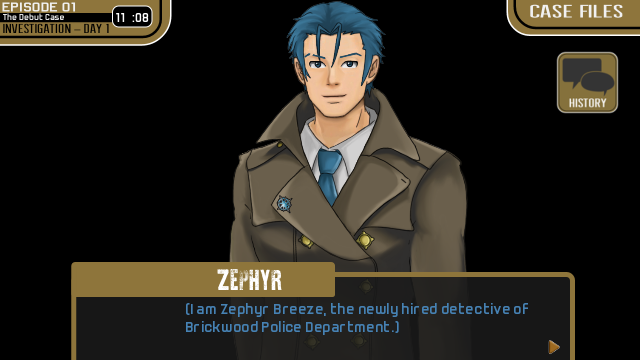 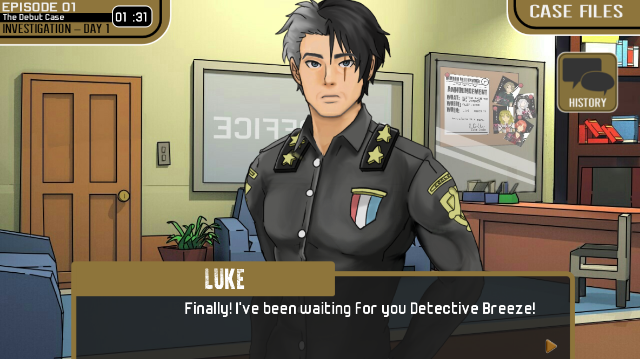 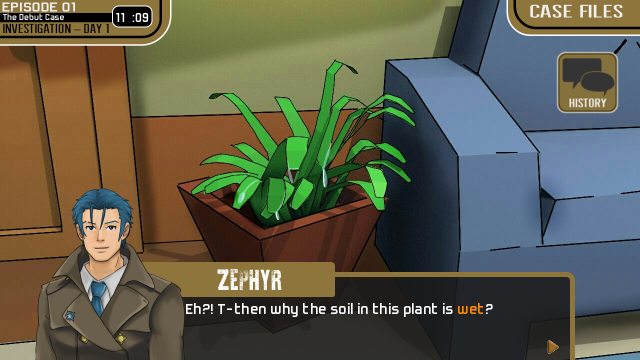 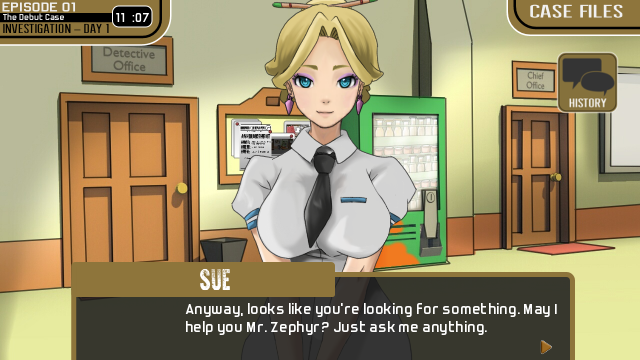 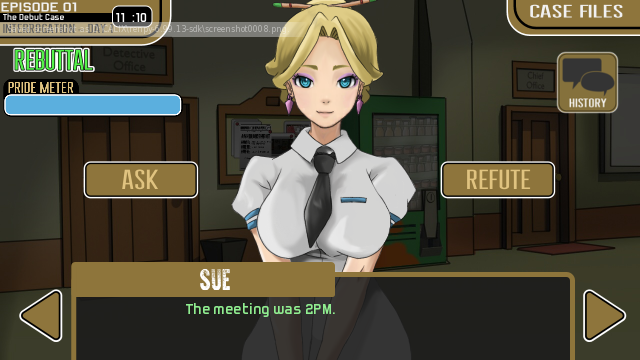 The gameplay is divided into two sections: Investigation and Interrogation.
(More info will be added soon.)

The music I used for the game is from Eric Matyas.

I am the sole person (Calix the Great) creating this game actually. I do the character sprites, animations, GUI, BGs, programming, etc. So this game might take some time to develop.

NOTE FROM THE CREATOR:
This game is highly inspired from the Ace Attorney game series 'cause I really really love that game so much!❤
That's why, I decided to create something similar to that game but instead of lawyers, I want the protagonist to be a detective.

Will update and add some info soon.
Also, I'm planning to release a demo soon before the year ends.
Thank you for reading this.

Anyways, I have some questions before I end my post.
1. Expectations from the game?
2. Fave character so far? Or character that intrigued you?
3. Suggestions or recommendations?
Last edited by CalixtheGreat on Sun Oct 07, 2018 11:21 pm, edited 7 times in total.

Added a sample banner with some of the characters that will appear on the game. 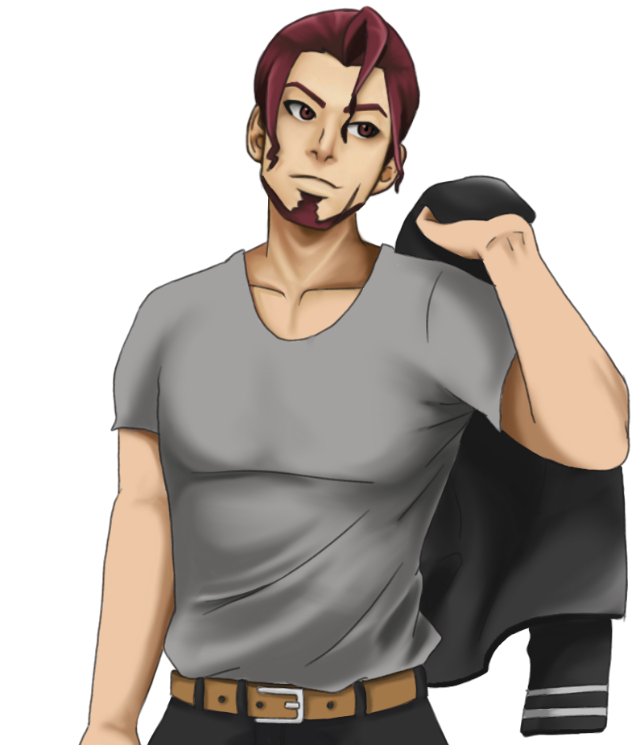 You can view his sample animation (the hair flip.

Uploaded a sample gameplay of the game.

That all looks really impressive! I wish you the best of luck with your project

Wow this actually looks exciting. You have my support!
livechads
Top

Thank for the support azureXtwilight!❤

Meet Amanda Harper. The main characters of the game are now complete.

Decided to change Shawn Grey's outfit to suit his personality.