NaNoRenO is an event where creators make a game from scratch during the month of March.
Post Reply
18 posts
Message
Author

Hello! While I did participate in Nanoreno 2019 as a voice actor and artist, Nanoreno 2020 will be the first time I am creating a story of my own. My plans for this story is to expand on it after this game jam. Depending on workload and time, this version of this chapter may be simplified as we learn the process and general development of visual novels.

While I don't have plans to add voice acting in this version unless there are people who would like to offer their aid, I would love to add some later on.

Story Intro:
During a break from his studies, Matthew Rozenhart returns to Kinfallen Pass to spend time with his family. Since his father Edwin is busy tending to patients in his infirmary, Matthew is sent to his uncle's estate to represent his side of the family to celebrate his cousin's first birthday. While he thinks that it's rather excessive to throw a ballroom party for a toddler, he knows how important little Jacob is to the town since there haven't been any children around for quite some time.

Kinfallen Pass has always been a quiet and peaceful town. What could go wrong?

Main Characters:
Matthew Rozenhart
From a prestigious family, he often finds himself feeling pressured to be at his best at all times. As a sceptic by default, he finds himself denying what is happening around him when things start to go wrong. 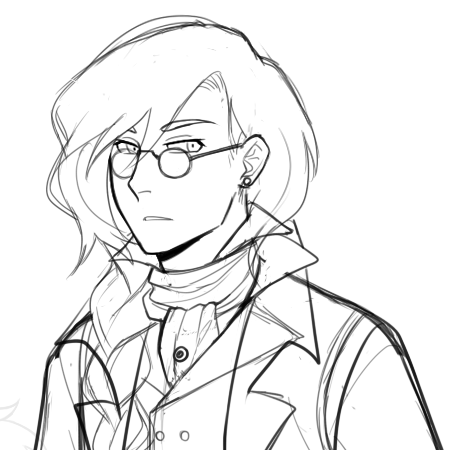 Elizabeth Pentergras
Matthew's girlfriend. What would he ever do without her whenever he's in a tough situation? She is sweet and kindhearted but is not afraid to be blunt when something needs to be said or done. 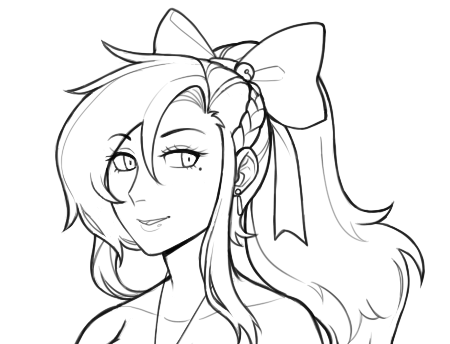 Fredrick Rozenhart
Matthew's uncle and duke of the land. He would do anything to protect his family and people. Often feels concern that his brother Edwin needs help at the infirmary since he never seems to rest.

I have another character artist and a composer, but they will be involved for the full version. If you would like to join the team in some way, feel free to send me a message!

Background Preview:
This is just the first draft, but here's a small preview. 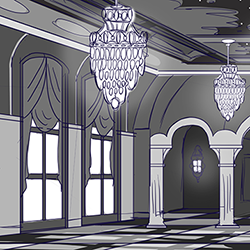 Thanks! The outline for this chapter's plot is written out. I'm working on the dialogue script and potential branching paths. I know that there might not be time to do all of them for this version depending on time, but I'll review and trim down accordingly.

We have some background sketches done and in the process of drawing out the characters as well.

We're working on Elizabeth's design at the moment. Also have done three background sketches so far. Not going to show all the backgrounds, but I'll add some character art as we progress.

I'm still learning how to use Renpy, but at least there's progress. The namebox is being unkind at the moment. 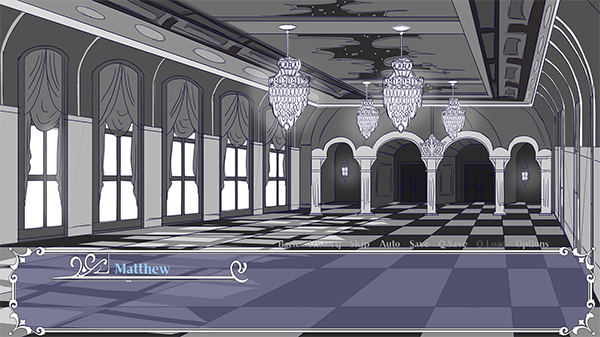 I'll figure this out.

Okay. I had to use negatives to make the namebox go up.

This sounds rather intriguing~
PROJECTS:
Piece By Piece [COMPLETE][Spooktober VN '20]
RE/COUNT RE:VERSE [COMPLETE][RPG]
Since When Did I Have a Combat Butler?! [COMPLETE][NaNoRenO2020+]
Crystal Captor: Memory Chronicle Finale [COMPLETE][RPG][#1 in So Bad It's Good jam '17]
The Only One Girl [WiP][Up.5/20/2017][1stQ ver. released]

One of my artists has been feeling ill, but I want to show a preview of one of her drawings of Elizabeth. I am going to try and help her with the artwork as much as I can and I may reach out to my other artists that were going to join the production after Nanoreno. 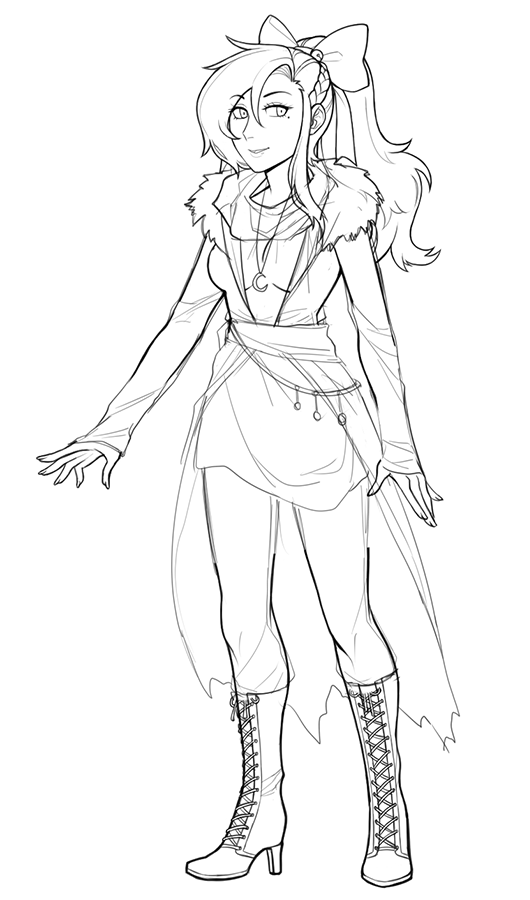 Thanks. I hope this entry doesn't feel too short since I decided that the Nanoreno version is only chapter one. I wanted to keep the project small since I'm new to scripting as well as time constraints and health among my staff.

Travallian wrote: ↑
Wed Mar 11, 2020 3:46 pm
Thanks. I hope this entry doesn't feel too short since I decided that the Nanoreno version is only chapter one. I wanted to keep the project small since I'm new to scripting as well as time constraints and health among my staff.

Blocked out some colours on Elizabeth and Matthew's concept art. Their convo sprites will be different. 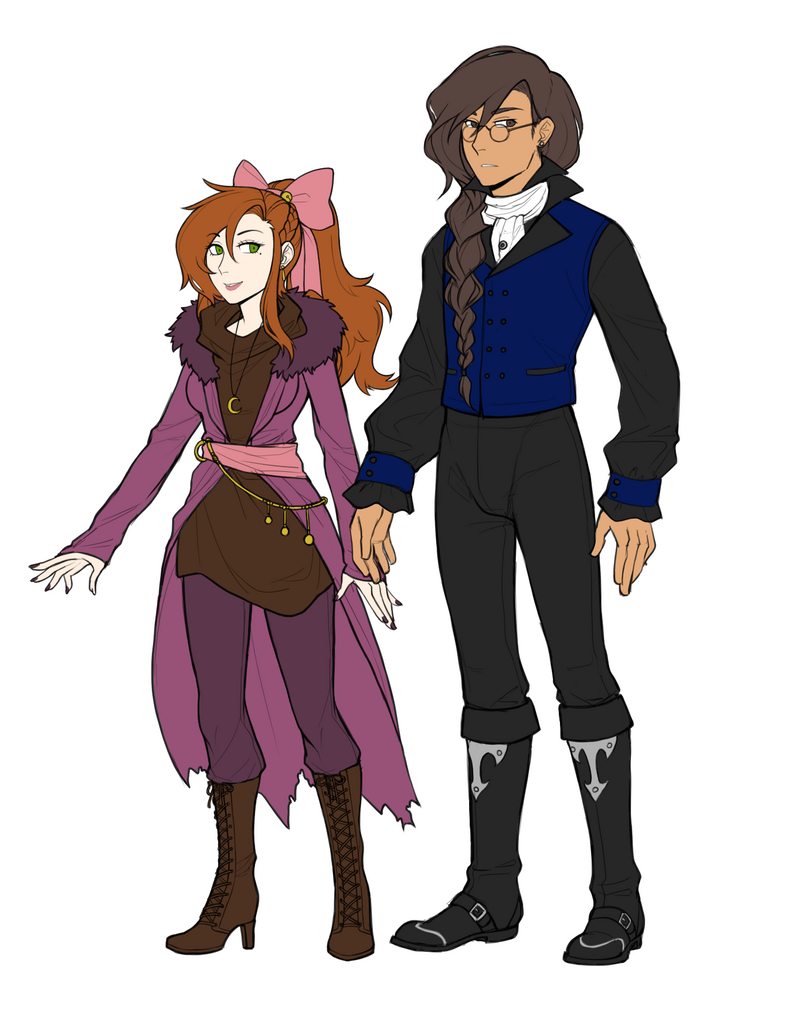 We're working hard on the background and character art. Here's a preview of one of the screens. 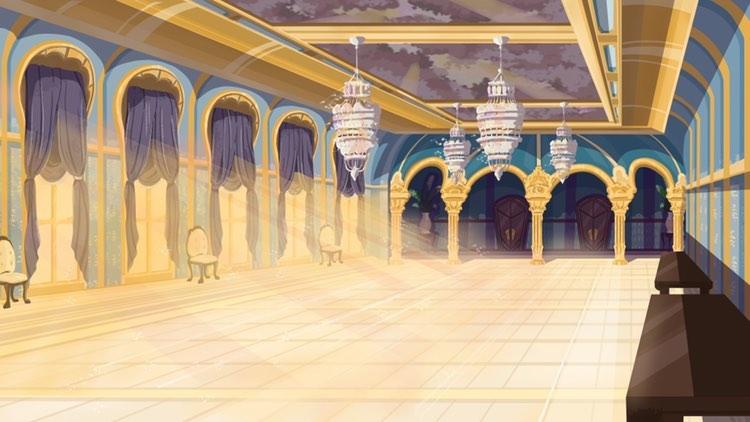 One pass through the plot has been written. Working out the branching paths. I also WFH, so that takes up a bulk of my day, but I'm trying to adjust around this whole situation happening in the world.

I hope you're all doing well during all the social distancing.

Here are some previews for Elizabeth and Freya. The outlines won't actually look rough like this. It's mainly because of the gif format of the preview.

That being said, I learned how to do group layering in Ren'py to separate the face assets from the body along with blinking animation. Many thanks to Sunlit for helping me figure that out.

I'm a simple gay - I see beautifully drawn and designed ladies and I follow a project.

That aside, I do like mystery games as well! And I'm extra intrigued since even the nature of the mystery itself is a mystery right now.
hey hey I made a thing
Top

That aside, I do like mystery games as well! And I'm extra intrigued since even the nature of the mystery itself is a mystery right now.

Thanks! It's the very first time I have ever coded anything, so it has been a big learning experience so far. I have been talking to my friend for several years that we should make a game. I've admired her character art for over a decade and want her to know how much I appreciate her.

Small update. Most of the backgrounds are complete. The character art is coming along. We've all been dealing with a lot because of the current situation going on in the world, so the extension helps.

Decided the make the itch.io page public for now. Added it to the first post.