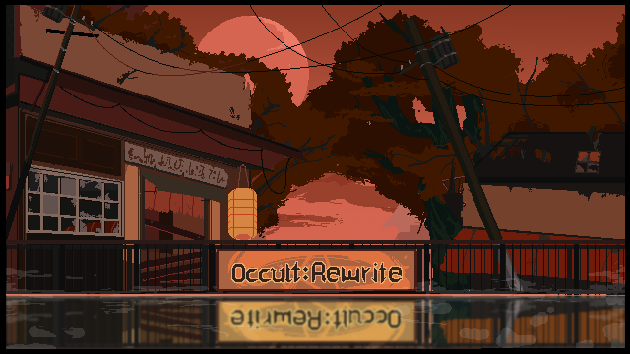 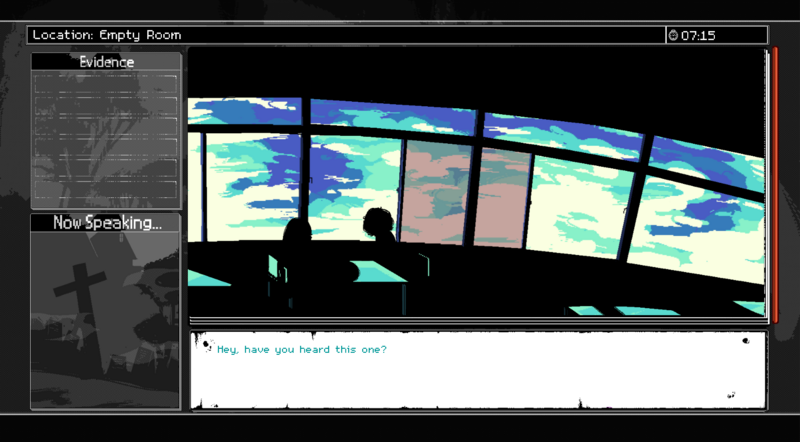 Occult: Rewrite is an interactive novel with investigation elements similar to those of the PSP/NDS era. It's inspired by games such as Hotel Dusk and the Zero Escape series, while keeping a fresh view on the genre by presenting the player with an all new original story and modern VN elements. 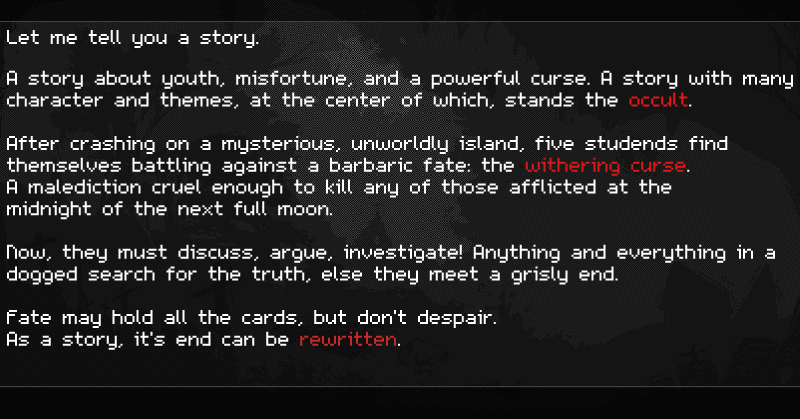 To rewrite history, you must first understand it!

Investigate your surroundings to learn more about the world around you. 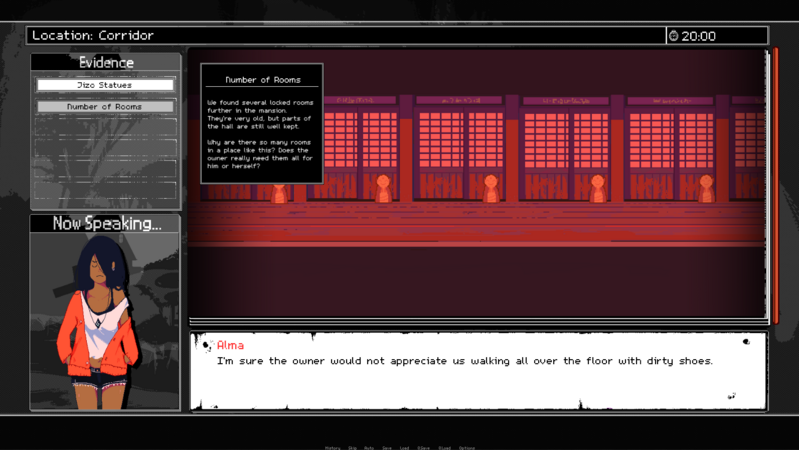 Discuss the situation with your classmates 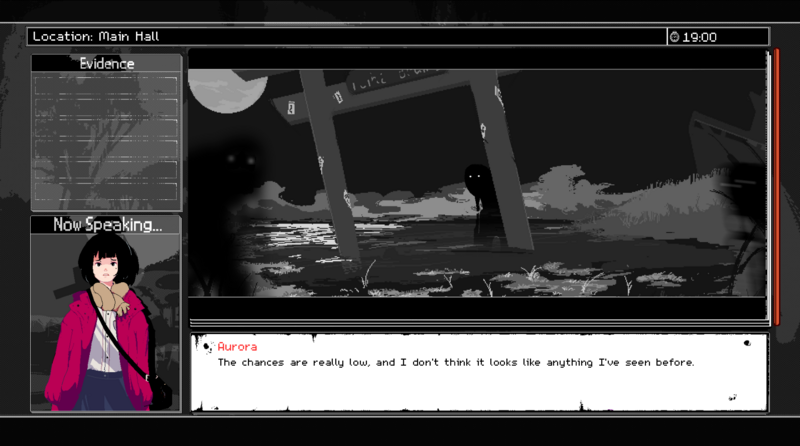 Get insulted when you get basic logic wrong! 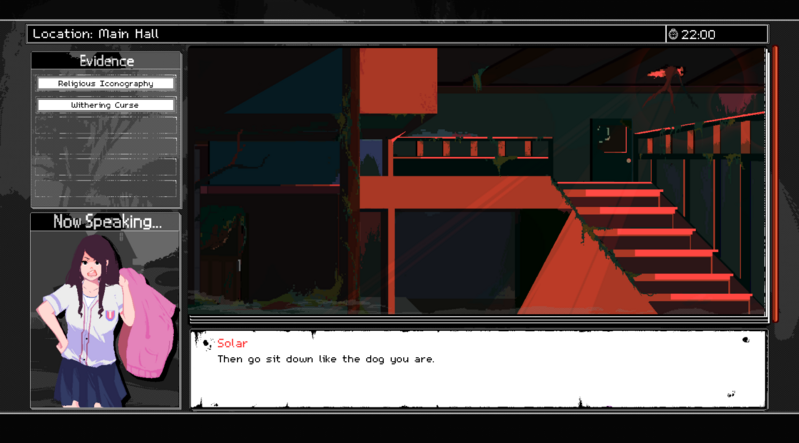 You can already get a head-start by playing the demo!


Over 1:30hrs of gameplay.
Over 10 originally composed songs.
Several different locations and puzzles.
Showcases of all the main mechanics that'll be present in the full release.
A complete translation to PT-BR for the portuguese speaking players out there!
And your save will also carry over to the full release!


Battle against fate and be the one to write your own good ending. 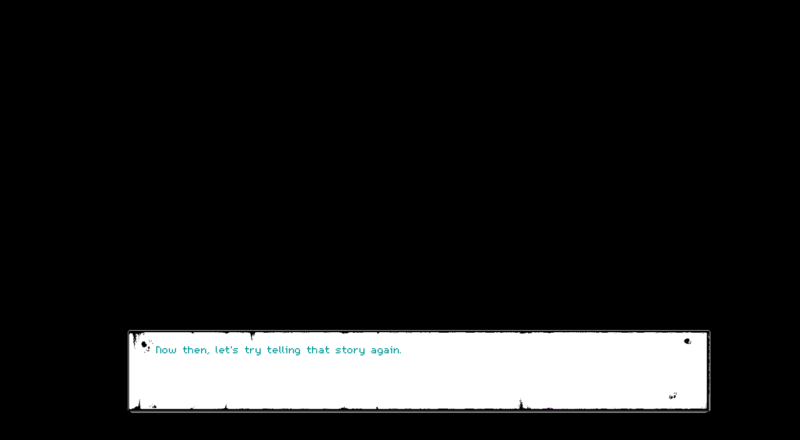 Last edited by BrumaDev on Tue Jul 20, 2021 3:04 pm, edited 2 times in total.
Do you like VNs with more gameplay?
Are you interested in the paranormal?
Check out my new project Occult:Rewrite

Of note: I made this thread here less as an advertisement for the game, and more as a testing ground. The game is being developed mostly as a solo project despite it's relatively large scope (over 5 characters each with dozens of different expressions/poses; All original soundtrack [in the final demo]; All original backgrounds; Complex storyline with different paths) so feedback about user experience would be greatly appreciated. Sometimes, without a team, it's hard to know what works and what doesn't, especially in the writting department.

My plan is to keep updating the build as I develop the game up to the release of a proper demo next month (june). The current alpha has about ~20 minutes of gameplay. The demo would have something like 1h, and be updated with all the relevant feedback I take from the players, so please have fun with the story so far, and if there's anything you'd like to note or (constructively) criticize, please feel absolutely free to do so.
Do you like VNs with more gameplay?
Are you interested in the paranormal?
Check out my new project Occult:Rewrite

I just played the demo and I really liked it! The art style and the GUI are really nice and I enjoyed the character interactions and the story so far. The writing is solid, but there's some grammar mistakes here and there, so I think getting someone to proofread the script (for the English version) would help.

The only real "problem" I encountered was that this build doesn't have any files in the /images/characters folder, so I kept getting errors whenever the game tried to load one. I figure that might be a complete accident though, given that your screenshots all have character art in them.

cygni wrote: ↑
Sat May 15, 2021 10:42 pm
The only real "problem" I encountered was that this build doesn't have any files in the /images/characters folder, so I kept getting errors whenever the game tried to load one. I figure that might be a complete accident though, given that your screenshots all have character art in them.


That sounds like a major bug actually! Thanks for the report.
Seems like it was an issue with the way I compiled the files using the build.archive command.I just updated the itch.io page with a patched version, should be fine now.
Also indeed, there are some grammar mistakes. I'll be working with a native english speaker soon to review the text. Hopefully there's nothing too egregious so far.

Now that everything's fixed, let me know what you thought of it!
Do you like VNs with more gameplay?
Are you interested in the paranormal?
Check out my new project Occult:Rewrite

I'm proud to announce the lastest update to the game's development!

A complete demo is already available!
You can download it from itch.io at https://projectbruma.itch.io/occultrewrite


For those of you who already downloaded the alpha a couple of months back, this demo is a completely new experience. Compared to the 15 minutes you got from the alpha last time, now the full demo delivers over an hour or gameplay, in which you'll be introduced to all the cast, mechanics, main locations and plot of the full story.

There were also massive improvements to the user experience like fully customized menus, intuitive hotkeys, options and changes to the overall UI. The script went through many revisions to catch any typos/grammar mistakes or insconsistencies, and a plethora of new assets were made including over 10 original songs, several new models for each character, new backgrounds-- suffice to say, there's a lot of new stuff that I'm happy to be able to show, and more importantly, get feedback from, positive and negative.

Now that the demo is complete, the development will now be focused on getting as much user feedback as possible for the full release, which we're aiming to release on Q4 2021. Writing for the next scenario is already underway!

So, check it out! The project's twitter will also be getting updated regularly with more info on the project, and some behind the scenes stuff.
You can follow it here: https://twitter.com/OccultRewrite
Do you like VNs with more gameplay?
Are you interested in the paranormal?
Check out my new project Occult:Rewrite